I have an update on Miss Nola's health issues. Check out this post for more info if you missed the last update!


Once again, there will be a lot of poop talk. #dogmomproblems 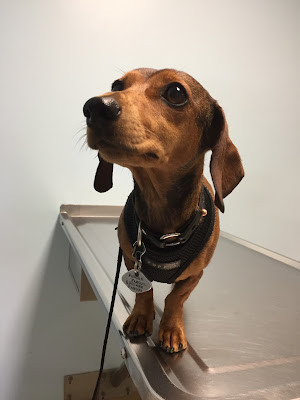 Okay, so Nola's poop went from pretty much every hour, to every few hours, to five times a day, and now it's 2-3x a day, just one more than her normal amount. It's gone from...well, but water and jelly to mushy and sticky. Unfortunately, there's still blood in it more often than not.

Her appetite is almost back to where it should be (normally she's a 10 on the chow hound scale, and she's about an 8 now), and her energy is back to normal. She's drinking and eating her normal amounts, she's gained back the weight she's lost and is maintaining it. Her nausea seems to be gone, too.

The poop issue still concerned me, so yesterday we went to a different vet for a second opinion (and I have a whole rant boiling inside me about the vet "care" in this area. I'm so sick of living in an area where everything is 15+ years behind everywhere else). While I am very, very far from satisfied with the practice, they did at least give a plan of action and don't seem to think that she has what the first vet said she did.

Since the first vet already did basic bloodwork that came up normal and a lot of antibiotics, they ran two more fecal samples and found one whipworm egg. Whipworms can cause bloody poop and a general lackluster air, and since her heartworm prevention doesn't cover them, they've decided to treat her for 5 days the get rid of anything in her system. They also gave her some DiaGel to firm up her poop. Perhaps she did have some mild infection that's going along with this whipworm.

If this doesn't clear up the issue, we're going to have to look into more serious issues. I'm hoping like crazy this is what's wrong!

My irritation with the first vet was that they found a whipworm...something (casing, maybe?) in the first fecal sample they ran, and even prescribed her the wormer to get rid of them. Then they called the next day and told me not to give her that, and instead crammed her full of antibiotics. If it winds up being whipworms, that whole situation kept her sick for nearly three weeks and pumped full of an insane amount of antibiotics, never mind costing me over $500. So frustrated right now.

So that's the update! I'd appreciate some POTP for my little beast! 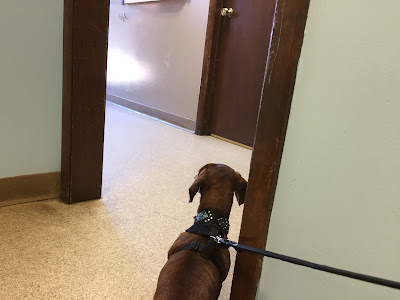