A Dachshund and A Beaglet

Little Lachlan is now (about) 5 months old! She is such a sweet little puppy, and she and Nola get along so well.  Nola's play style includes a lot of body slamming, chasing, and high pitched screaming, and that tends to scare Pike. Lachlan takes it in stride and entices Nola to chase and wrestle, and they keep each other busy in the yard.

She's 15lbs now, according to the hold-the-pup-subtract-my-weight method, and is growing like a weed...especially in the ear department. I made a flirt pole for her, and that has made such a difference. Finally have a nice energy outlet and something that seems to calm and focus her spazzy mind. As soon as she sees it she just lights up.


We did have a little scare two-ish weeks ago where she hurt a rear leg, but after a few days of crate rest she was back to normal. She's such an active, rough and tumble pup that is was bound to happen at some point, but it scared me. Nola had a similar issue and on the same leg at about that age.

Lachlan's a very cheerful little dog, though she's timid and uncomfortable with new situations. We're working on it, but I think a good bit of it is just her nature. In her own routine and in familiar places she's just fine, but anything new (even new rooms in the house, since she didn't get any free reign in the beginning) makes her very cautious and hesitant.
I have noticed a very big difference in how she's developed and progressed mentally and emotionally compared to Nola and Pike. Lachlan was a rescue with a pretty rough start, and I've no doubt that that's contributed to some of her little ticks. She did not get the vital time with her mother and siblings that all puppies need, and it's definitely showing. Perhaps that'll be a post in the future.

She's definitely starting to get into a more trying stage (people always moan about how difficult 9-12 month puppies are, but I would happily take that over 3 to 8 months old. Ugh), but we're working through it. It's tough, for sure, but I'm remaining myself it'll be over soon.

She wants to badly to play with Salem, buy she's a bit intimidated by her, even though she's now double Salem's weight and Salem's never so much as hissed at her (or anyone, come to think of it).

She makes Nola, a dachshund, sound quiet. And Nola is vocal for everything. ;) She tosses her head back and sounds like the finest Bloodhound.

I haven't taken the DSLR out around her lately since she thinks the strap is a travel sized flirt pole, so these are older camera and more recent phone shots. 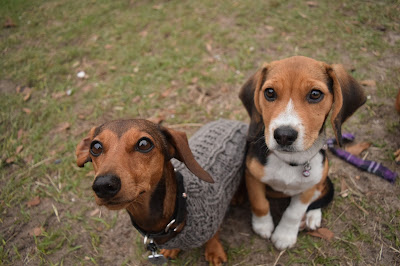 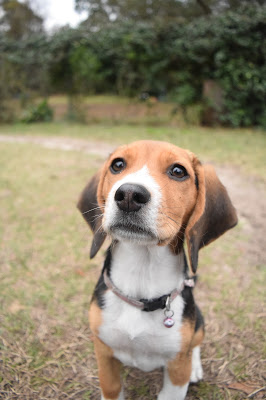 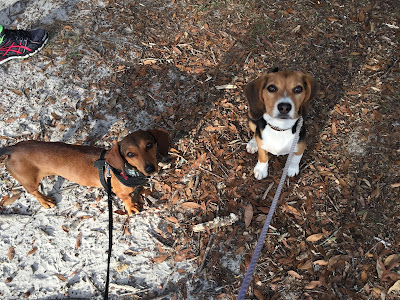 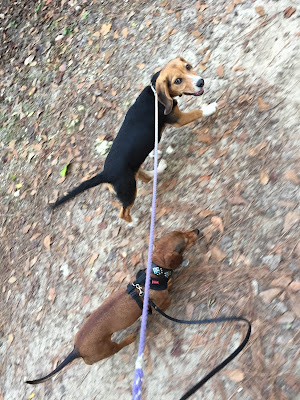 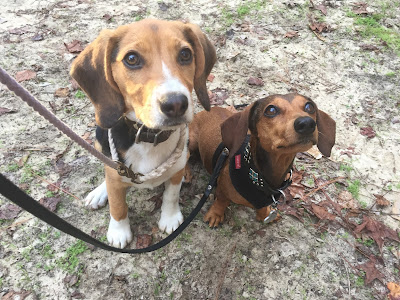 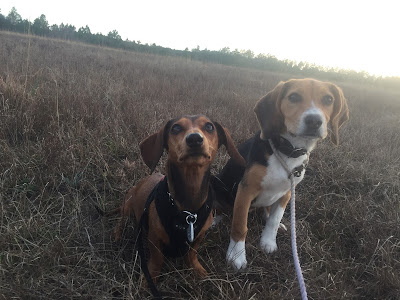