Little Layla is now 12 weeks old, and isn't so little anymore! I'll be sharing updates on her on a bi-weekly basis, since I'm keeping this blog 90% Nola based, but I still want to track her progress. Let's break it down and get right to it! 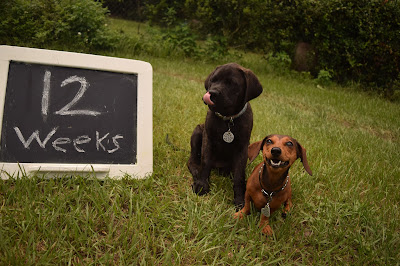 I weighed and checked her height on Tuesday, which is the day her new week rolls around, and she came in at 26lbs and 16.5" tall at the shoulder. Since arriving home at 9 weeks of age she's gained 8lbs and 4.5".
She is growing smoothly and evenly on her all life stages diet (with proper calcium and phosphorous for large and giant puppies), which I'm happy with. It's a big fad with giant breed puppies to have them grow as quickly and hugely as possible, and that's just not a good idea to put so much stress and weight on a dog that is already growing fast. You want slow and steady growth.


Speaking of food...she's a little particular there. She only wants to eat from her bowl in the morning, even though I offer her more food in the afternoon and early evening. She eats 2.5 cups exactly, and if there's so much as an extra piece of kibble in there, she'll leave it. She happily eats her treats during training and chews whenever she's crated, thought.
I was worried a bit at first, but since she's been checked by her vet and she's perfect health. She's just a self regulated eater, I suppose. She's increased her food of her own accord as she's grown, so it I'm not concerned anymore.

For cues, she's learned:
Sit, come, her name, touch, crate (get in crate for breakfast), go to your crate (goes to her crate upon entering the bedroom, and wait in a sit), off, leave it alone (for the cat), shake, paw, hold still, and hush, as well as a positive interrupter. We're still working on down, though she nearly has it.

She now sits when she wants attention 95% of the time, which I'm thrilled with since she was a jumper when she arrived. She's also starting to learn to sit before a door is opened, something Miss Nola taught her!
We're working with a huge amount of body handling, good manners, being gentle with small animals, and not pulling on lead. Since she is going to be a very large and powerful dog, and I'm fairly small, I'm laying a solid foundation at a young age. She's now totally comfortable with the dremel, ear cleaning, rougher handling, ect. She also stands perfectly and quietly for the bath.

No accidents since 9 weeks old! Still using the tether method a lot, but she's been loose more and more without a problem. 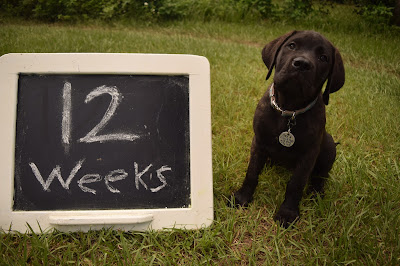 By this age Nola was going absolutely everywhere with me, and even Pike had been out a fair amount (though he came home at 11 weeks instead of 8 and 9). Layla, on the other hand, is a different story. There have been a big increase in parvo cases this summer in my area, and up until recently, Layla had only had 2 sets of vaccines.
Under normal circumstances I would just have her out and about and use common sense while doing it. However, parvo scares the ever living shit out of me, and I wasn't going to toy with it.
Layla's had her 3rd set of vaccines on Friday, and this coming week is when she'll start going places. I just wasn't willing to open her to to the risk when she'd only had two vaccines.

To fill in for that, we've done a lot of in-home socializing. My family is huge, and together they have a good number of dogs, so she hasn't lacked for interaction. Adults, teenagers, preschoolers, and a baby have been her socializers, including 6 other dogs.
She's been on different textured surfaces, been exposed to noises (garbage bags opening, loud music, the vacuum, hair dryer, slamming doors, dropped items, noisy toys, loud voices, ect), done some obstacles, had different things on her body (harness, collar, leash, shirt, bow, ect), tons of body handling, lawn equipment (blower, mower, weed wacker, ect), and more. She's taken it all in stride. 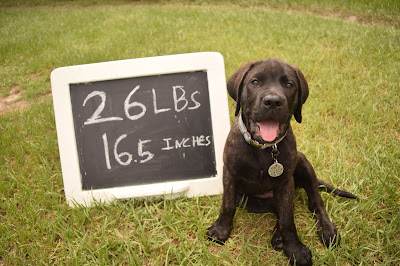 Sweet, gentle, easy going and happy. She loves people, loves other dogs, loves cats, loves toys...she loves everything! She's an easy puppy and is eager to please, for a Mastiff. She's very relaxed and go with the flow! 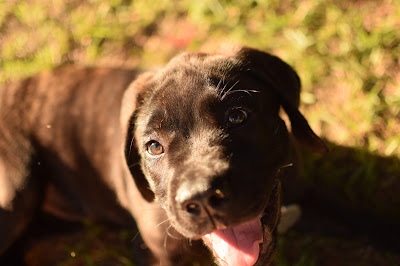 She adores Nola, and seems fascinated when she watches Nola work with me. The two get along well! She's curious of Pike, but he prefers puppies give him a wide berth. 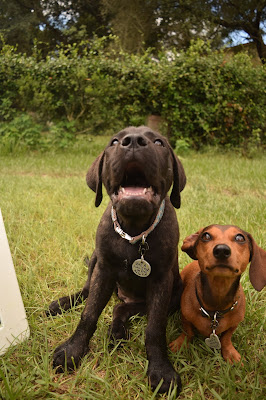 It's been a near-flawless transition. The three dogs (and even Salem) mesh very well together, and they compliment each other nicely. I couldn't be more happy with my family now. 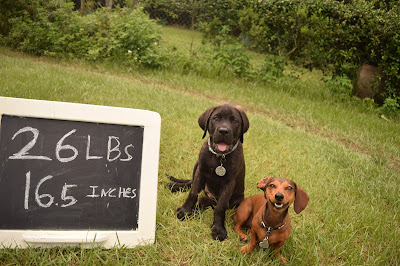 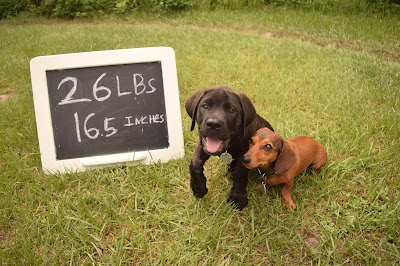