The Dog World: 5 Years In and I No Longer Give a Fuck


Today's post is about something that's been on my mind a lot lately, especially when I log into Facebook and see the myriad posts, pages and shares about various aspects of the dog world. As I'm sure you're well aware, every single thing we do (or don't do) with our dogs is hotly debated, from  feeding to training to travel to exercise. No matter what you do, someone has something to say about it. And that's not even mentioning the rampant dog world cliques! 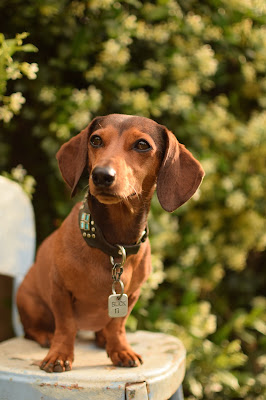 Nola is my first dog, and I've been heavily involved in the dog world since she was about eight months old (she'll be six in October). Forums, Facebook, and of course the blogging community has helped fueled my dog addiction...and also made me strongly dislike the vast majority of the canine community.

As a newbie, I used to be so, so fanatic in my views, and boo to anyone who disagreed with my methods. I "knew" my way was the right way, and it wasn't anyone's place to say otherwise. Training? Force free. Food? Homemade only. Altering? 6 months, and not a moment later. Rehoming? Only terrible people did that. Travel? Only short road trips, because anything else must be too stressful, and dogs needed routine. Vaccines? Every year, and exactly as the vet said.
So on and so forth, ect ect. If there was a topic, I had an opinion. My way, or the highway and all that. I hadn't had much experience, and boy, did it show. I'll occasionally look through old blog or Facebook posts and just cringe at the naiveté of it all. If only my then-self knew what was in store....

Fast forward a few years and several views-changing experiences, and I hated the vast majority of the dog world. The catty remarks, the snobbery, the black and white views, the sheer lack of change...everything I was so adamant about in the beginning had shifted, becoming something I couldn't stand to be a part of.
I'd had my eyes opened in a major way, especially in the past eighteen months or so. My views on food changed hugely, and I now feed everything from kibble to raw to canned. My views on spaying and neutering changed drastically, as did my vaccine protocol. I've been through rehomes, I've experienced both shelter and breeder dogs, nursed a dying dog back to health, and have traveled a good deal with Miss Nola (and you all know we're planning a European voyage this fall...guess that shows how much my travel views have changed!).
Really the only place my views haven't shifted is with training. I still train without adversities, using positive reinforcement and a compassionate attitude.


So...I quit. I quit caring about what anyone else was doing with his or her dogs. I quit the forums, the Facebook groups. I know what works for me and mine.  I know what works for my dog may not work for others, and that's okay. I know that people won't always agree with what I'm doing, and that's okay, too. I know longer give a fuck, and that makes me happier than all the other things put together. ;)

What about you? Have your views changed since you first became a dog owner? If so, how?