Too Much of a Good Thing? - Thoughts On Multi-Dog Homes


Today's post is something that's been on my mind on and off for the past month or two, and it involves multi-dog households. Recently several friends and acquaintances have gotten puppies (lucky bitches! The end of April will mark 2 years since Pike was a puppy, and my puppy fever is at dangerous levels), and it's made me insanely jealous ponder the best number of dogs to have, and if there's such a thing as "too many". Eyebrows start to raise when you have more than two dogs, and it's made me wonder why.


I will say that you have to be able to provide for however many dogs you have, regardless of if it's one or twelve. You have to provide decent food (and remember, what is decent for one dog isn't always decent for another), shelter, vet care, training, and interaction, not to mention basic cleanliness. I'm not talking about hoarding situations in this post. This post is questioning whether or not competent, responsible dog owners have - or should have - a cap on their dog number. Let's keep it friendly, alright? Everyone is entitled to their own opinion, but don't be a dick.


In my opinion, I don't think there should be a limit on how many dogs a good owner has. The only person who can decide that number is the owner, and the other members of the household. Only they know their budget, limitations, expectations, and capabilities. No one else has the power to say otherwise (unless they're under pet limitations by city or home owner association ordinance). It's no one's place to criticize someone in real life or on the internet if the dogs in question are well cared for and happy. Just smile, nod, and move on. Unless you're paying food and vet bills, it really just... doesn't concern you.


Some people can't handle one dog, and some people are fine with ten. It depends on the owner and the dogs. You also have to take into account the type of dog when looking at a 3+ dog household - four Border Collies or Malinois are going to take a lot more effort than 6 Mastiffs or Chihuahuas. Even still, some people can handle a baker's dozen of high energy, intense dogs without breaking a sweat. More power to them!
The only time I pause at a large group is when it's of bully breeds, and the owner is dealing with a crating/rotating situation. Not because I think it's wrong, but because I've dealt with crating and rotating. It is, to be perfectly blunt, fucking miserable to me. Not necessarily for the dogs, but for the owner. The stress of it is too much for me, and I admire those that can handle it. I hope to god I never have to be in a crating/rotating situation again. I can't manage my anxiety when I have that much stress in my home.

Certain people will say that you shouldn't have more than one dog if you've rehomed, or you've bought from a breeder (yes, I've actually seen this). That's such a load of BS that I can't even wrap my mind around it.
Rehoming does not equal a bad owner. It just doesn't. While there are people who abuse it, the vast majority of people do it responsibly and for the right reasons. Just because it doesn't work out with a dog doesn't mean it won't be perfect this time around.
As for the breeder thing... I am so pro breeder, and whether or not your dogs are from one shouldn't factor in how many you have.

Personally, I would love to have a large group of dogs. Six, or up to eight for the right group. Especially with my future plans, it's quite feasible with my lifestyle. A mix of high energy and intensity and laid-back and lazy would do me just fine. I'd like to add one to the gang this summer or fall. 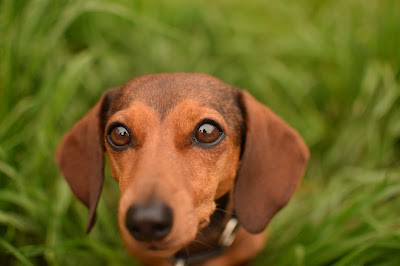 While all dogs do well with training and interactions, some need more than others, and so long as everyone's needs are being met, I see no problem with having a dog you work more than another. Pike, for example, I hardly train with at all. Even my gentle method of positive reinforcement training  can send him over threshold with the slightest mistake, and it stresses both of us out. As such, we play instead, and work minor training into our play time. Nola, on the other handle, is worked all day, everyday. Her mind needs to be kept busy, or she'll find ways to keep it busy.
Most dogs really aren't as demanding as people would like to make them out to be. Dogs that need you to really to constantly work and exercise them are the exception, not the norm.

Another point people bring up is what age gaps are in your group. People fret about the heartbreak of a group of seniors, while others think it unfair to have younger dogs around seniors. To me, you do what works for your own situations. I personally like having my dogs close in age. Seniors will break my heart whether I have one or four. I would rather have them close in age because it works best for us, and because that most of their lives will not be lived during old age, if that makes sense.


So what about you? Where do you stand with this? What's your ideal dog number?