I hope everyone had a great Thanksgiving/Thanksgiving weekend! Or just a great weekend, for my non-U.S. friends. ;)

As of Saturday, it's been 6 weeks since Roxie came home. What an amazing, hectic, emotional, exhausting, trying, and reward month and a half this has been!


I think this is the first time I have absolutely no medical concerns to update you all with, thank god. We seem to be on a steady incline of improvement from here on out.
Her weight gain has really slow down, and now she's mostly gaining muscle tone and filling out a bit. She's still a little bony in the spine and floating rib area, and I'd like her to gain 3-5 more pounds. She was 35.5lbs at her last vet visit, and I think 40lbs would be a good weight for her.

If you remember her last vet visit where we saw a new (terrible!) vet, she was limping in her right front leg, having diarrhea and was just acting really off and listless. We were not given any form of answer for the limping, and the only vague thing the vet told me on the other symptoms was a possible Ivermectin sensitivity on the dose she was on. She was on 1.3ml 1x per day, and so she was dropped down to .8ml per day. I don't trust that vet, so I started her at .4ml, and since that visit I've slowly increased it. She's to the .8ml as of yesterday, and is having no issues. Completely back to normal in all regards! She will getting the MDR1 test when I do a Wisdom Panel DNA breed test on her in the near future.
I honestly don't know what is wrong with that one leg of hers; that was the second time she's had issues with it. Perhaps it's growing pains, since she's still under a year old? I don't know, you'd think that would affect her other legs too. My guess is an old injury that just gets aggravated sometimes. I'll be speaking to her vet about it at her next appointment. That'll be either the 3rd or the 4th of December, and she'll be getting a skin scraping and another vaccine set.


She's growing so much fur!! Her skin is completely normal now, scab free and healthy. She's almost to the point where she has patches of baldness, rather than patches of hair. It's a lighter red than Nola, short and looks like it'll be a single layer coat. She has some pretty significant scaring across her nose,  above her eye, and above her ear that hasn't grown in any fur, and at this point I doubt it will. It seems like those scars will be the only reminder about her life before, which I'm so thankful for. I was terrified there'd be lasting consequences.


She's down from eating 6 meals a day to eating 3 meals a day. Right now she's eating 5 cups a day....hoping that slows down once she's at a good weight!

It's getting easier to guess what breeds she may be know! At this point, I still see some pit bull in her. Not too much, but her head/cheeks, eye and ear shape, and chest shape remind me so much of that. I keep seeing pointer, or perhaps some kind of hound or Cur. There's sometimes were she's the spitting image of a Ridgeback, though!

Roxanne's personality has absolutely blossomed in this past week. She's so friendly, curious, energetic, and smart! I've started letting her have two or three off leash runs/play sessions in the yard a day. She was on what was basically crate rest for the first month she was here, and between that and just how sick she was, I don't want her to strain herself/aggravate that leg. We're working on some gentle tugging, fetch, and running with Nola to build up her complete lack of muscle. In the next week or two, I may start brining her on nighttime walks with Nola.

She is the sweetest dog. She adores people, especially kids and babies. She seems to have gotten over her fear of men, and pretty much all her behavioral issues. I guess they were just due to how sick she was. Makes senses to me; god knows I'm a bitch when I don't feel well.
These were her initial issues from the first couple weeks she was here. I put an X on the ones that are gone! Even the ones that are still here have moved from a shut-down inducing terror, to just overall anxiety.


She's come a long, long way from the terrified dog she was. If she had her fur and you weren't too dog savvy, you'd never guess she still had a few problems!

She's so spunky, goofy, and loving. She figured out how to play last week, and has great toy drive. She's an instinctive fetcher, and loves playing with tug toys and balls. She's not destructive with toys, blankets or beds. She's discovered the joys of chewing on appropriate chew toys, and her favorite is a water buffalo horn.

This dog absolutely ADORES Nola. It's both adorable and a bit ridiculous. She lights up when she sees Nola, and sometimes greets her with more enthusiasm than she greets me!
Roxie's still really mouthy with other dogs, and Nola's helping hugely with that. There was an instance last week where Roxie was being way, way too rough trying to initiate play, and after ignoring several warnings from Nola, Nola gave two quick nips to Roxie's lip and side to get her to quit. She did draw blood, but everyone was fine and Roxie took that warning to heart. She stopped mouthing with her teeth, and now just sort of gums/holds her mouth open when she wants to play.

She's definitely the "submissive" one (calm your tits; if you're a long time reader you know I don't train with dominance theory) in the relationship with Nola. She greets Nola in a full body wiggle crawl, licking her mouth and rolling over to show her belly. Nola makes a lot of noise at her, but she's vocal in everything and they get along well. They actually played together for the first time the other day, and I managed to catch it on video!

Rox had no dog manners whatsoever, and is still learning. She has a very high prey drive, and so she's closely monitored around the smaller dogs. She's completely fine with Nola and respects when Nola has had enough,  and she's learned that Pike is a dick, but she shows too much interest in Olivia for me to be comfortable with them loose together. I've had them in the yard with Roxie leashed, and that goes okay. She's not aggressive with Liv at all, but Livvy is a soft dog and does not stand up to rude behavior, and tends to dash about when she has a burst of energy. Roxie wants to chase that, so the situation is managed between them with leashing and having Liv crated when Roxie's out. I don't know if this will be a permanent thing or not.

That wraps up the 6 week update! I'm sorry for getting a bit longwinded there. ;) Props to anyone who read through that! 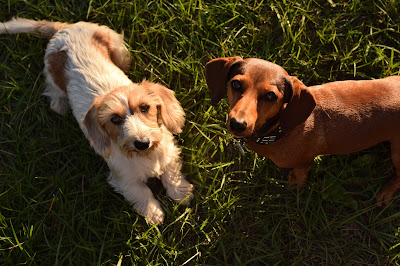 
I hope everyone had a great Thanksgiving! Ours was pretty good. :D Just low-key and laid-back. 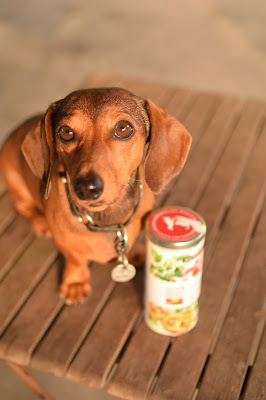 Thanks to The Honest Kitchen, the dogs had their very own special treat for Thanksgiving! THK recently came out with a new treat for both dogs and cats called Bone Broth. This simple, four-ingredient (beef bone broth, parsley, pumpkin, and turmeric) snack comes in a powder form. You simply dissolve one tablespoon into one cup warm water, and serve!
You can give it plain, freeze it, pour it over food, whatever you please. I pour it over my dogs' kibble, and they love it.


Bone broth is a great, healthy snack for any dog. It's full of nutrients, and promotes joint and gut health, as well as detoxes the liver. Turmeric is also hugely beneficial to dogs, cats, and people! Amongst its many, many benefits, turmeric helps reduce cancer risks, is great for the heart and liver, and is one of the strongest natural anti-inflamatories. 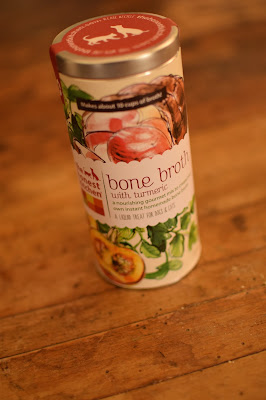 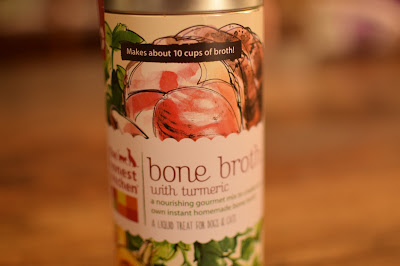 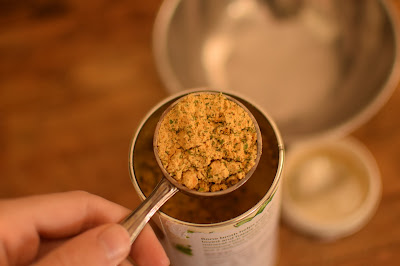 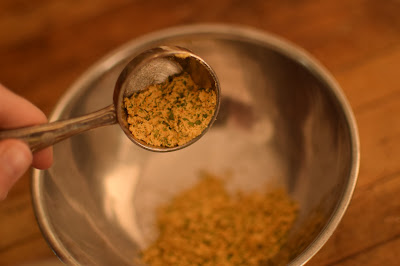 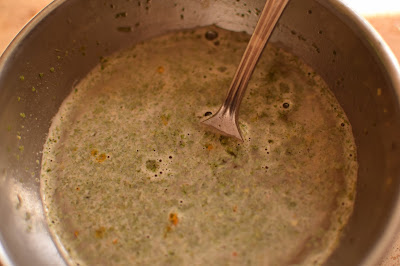 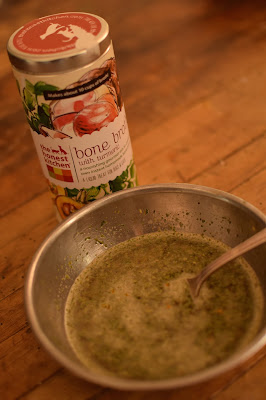 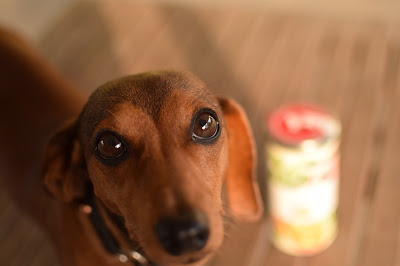 There are 59 calories per cup of hydrated Bone Broth, so it's a fairly low calorie supplement. Depending on your dog's size, you can give anywhere from 1 tablespoon to 1 cup or more. 9.5lb Nola gets 2 TBSP, where 35-ishlb Roxanne gets the full cup.


The dogs are thrilled with the flavor of Bone Broth, and I'm stoked about all the health benefits. I'll be adding this to the dogs' food closet (yes, closet), and highly recommend it! 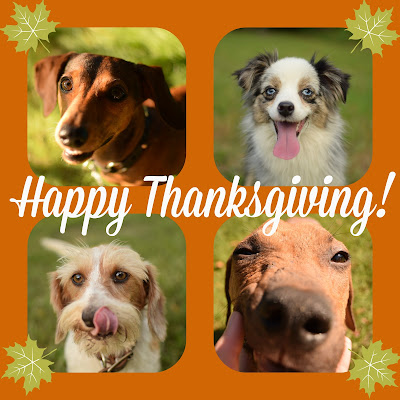 Posted by Dachshund Nola at 6:30 AM 7 comments:

Email ThisBlogThis!Share to TwitterShare to FacebookShare to Pinterest
Labels: Holidays, Thankful For

Nola and Roxie are getting along beautifully! Roxie adores Nola, and Nola gives her some serious tolerance. ;)
It's been 5 weeks since Roxie found her forever home here. I can't believe she's the same dog! 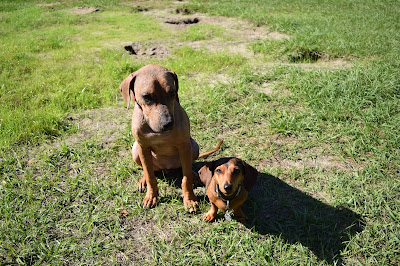 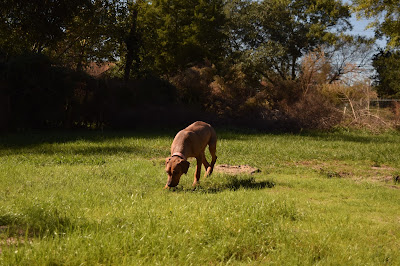 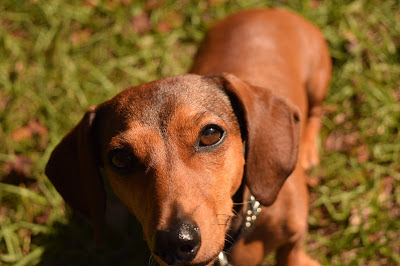 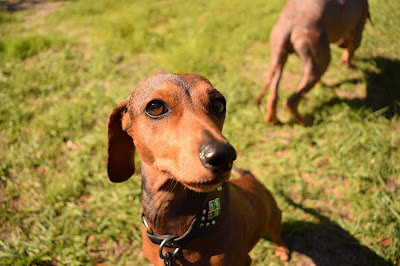 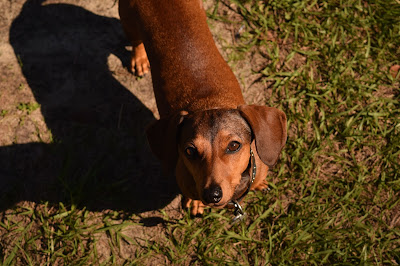 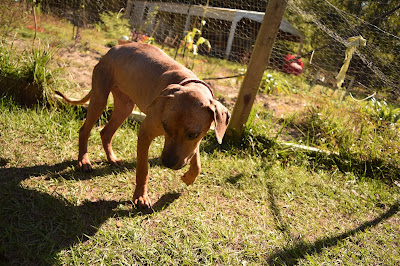 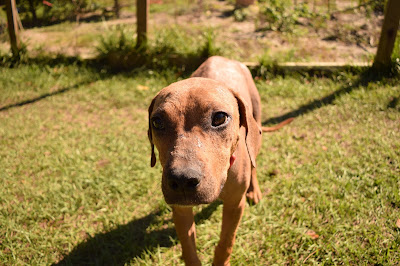 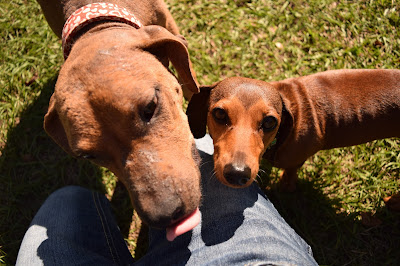 I'm thankful for many, many things. Too many to list, and I'm lucky for that! In honor of Thanksgiving week (for my fellow U.S. residents), I wanted to share a few of the things I'm most thankful for.

I have an amazing immediate family, and an awesome aunt/best friend. Amazing.
I'm the oldest of 7 (yes, 7!), and I love them all more than words can describe. Even though they get on my last nerve sometimes (remember all the siblings?), I wouldn't change them for the world.

He's technically my stepdad, but only technically. He's my father in every way but biologically, and I'm very lucky to have him.

There are 16 years between me and my youngest sister. She's more my baby than my sister, and she's my world. 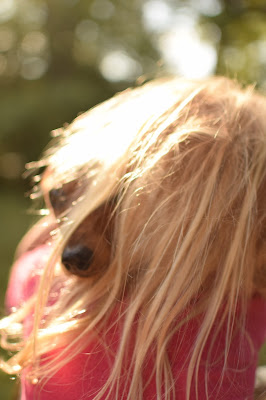 I'm so grateful for my eclectic mix of dogs. They brighten my life every day.

My baby. My heartdog. My inspiration. My constant companion. I couldn't ask for a more amazing, perfect dog. 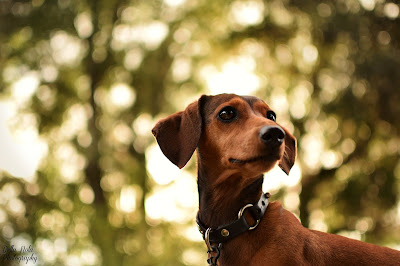 Asshole he may be, but I love that weird little shit. 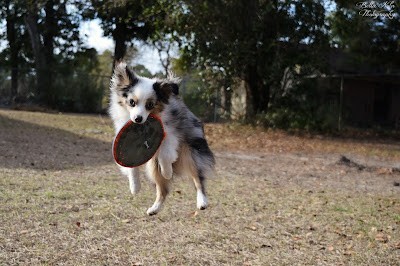 The mustache! My sweet, lazy Livvy Lou, who just celebrated her first Gotcha Day over the weekend. :) 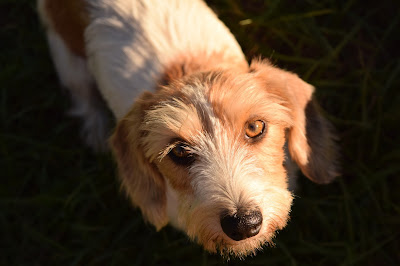 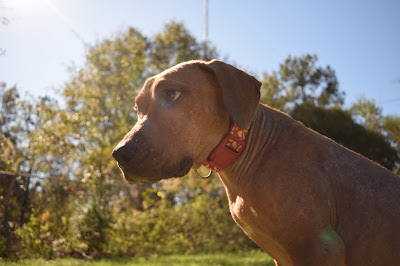 I am so grateful for our vet team for their dedication to Roxie's recovery.

For Exercise in General 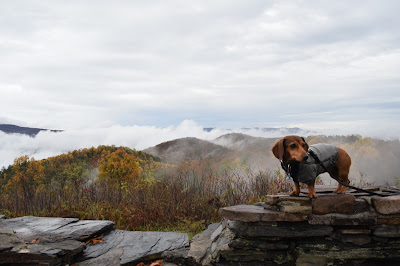 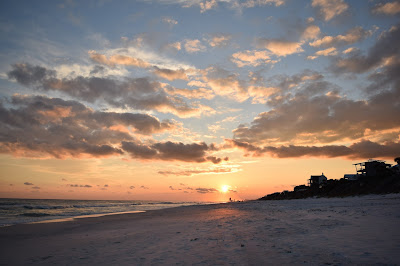 For Staying Up and Sleeping Late

For Dreams, Plans, and Adventure 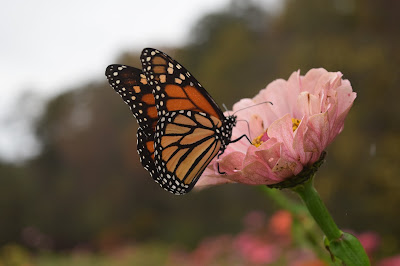 For All Of You!