6 Things No One Told Me About Owning Small Dogs


Before Nola came into my life, I had no real concept of owning small dogs. I grew up with Mastiffs, so the idea of going from a 120lb+ dog that weighed more than I do to a dog that doesn't even hit me calf high made my head spin.
Being the overachieving thing I am, I researched the heck out of owning a small dog. I found a lot of information that was very helpful (like they get cold...like, really cold, really easy), and of course you'd get the pros:
"You will hardly spend anything in food costs!" "So easy to travel with." "So much more widely accepted."
And the cons (which are all just created by bad breeding and lazy owners):
"Good luck training that." "Barks all the time!" "Don't let them near kids."


But there are a few things that no one mentioned about having a pint sized pup, things I blindly stumbled into with no idea that this was a legitimate thing with the little guys. I'm here to give any potential new owners a heads up for what you're getting into, and for those that already have small dogs....ya feel me, right?


6.
No matter how klutzy you were before, you will develop the grace of a dancer in order to avoid trampling you dog 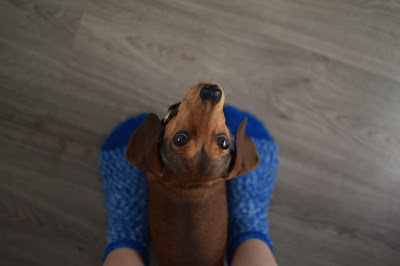 I'm not exactly clumsy, but I never thought I was capable of the footwork I can do to avoid stepping on Nola before I got her. While I may go careening off into the wall or doorframe with a string of nasty curses flying from my mouth (ouchgodfuckingdamnitnolafuckfuckfuckMOVEyoulittleshitouch!), I can count on one hand the times she's accidentally kicked or stepped on in the nearly 5 years she's lived here.

5.
No matter how big your bed is, they defy the laws of physics and take up every single inch of space. 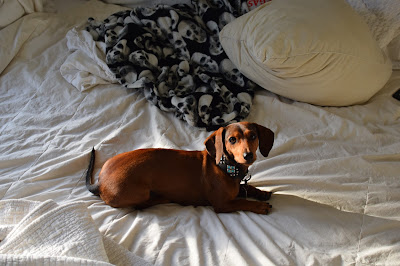 Nola is famous for plunking herself dead center on the bed and not moving. I didn't know my body could contort in the ways is does in order to accommodate her 10lb body in my queen sized bed. Thank you, yoga. 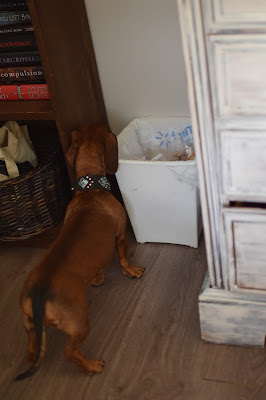 Big dogs tend to knock smaller trash cans about in their attempt to find a tasty snack. Nola just stretches on her tiptoes, delicately selects what she wants (she has a strangle affinity for paper towels), and takes it without leaving a single trace behind. You know, aside from those paper towel shreds. She says she doesn't know how those got there, though.

3.
Overcompensating for their small sizes is a thing 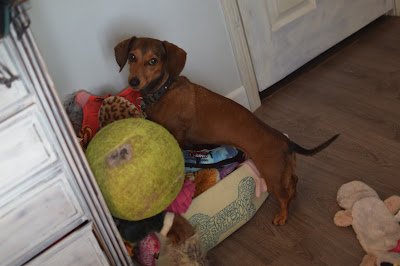 This girl has a massive bucket overflowing with toys of all shapes and sizes. Without fail, she'll go for her soccer ball sized tennis ball, 5ft long stuffed snake, or a similarly disproportionally large toy.
Hmmmm....wiener dog, compensating. Ha...ha!!

2.
In order to save your spine from permeant disfigurement, tug is best played on the bed, couch, or similarly elevated surface. 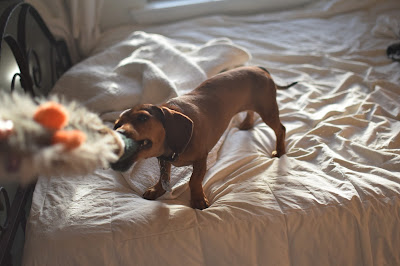 Nola loves, and I do mean loves, to tug. I'm not abnormally tall (about 5'7"), but bending over to play it with my 9" tall terror is brutal on the back. I can't tell you how much better it is to have her at a higher level.
Of course, she takes the opportunity to fling herself off the bed once the game is over, causing my heart to leap into my throat every time. She doesn't seem to care she's shortening my lifespan.

1.
They have a sick sense of humor, and live for making you nearly pee yourself from being startled 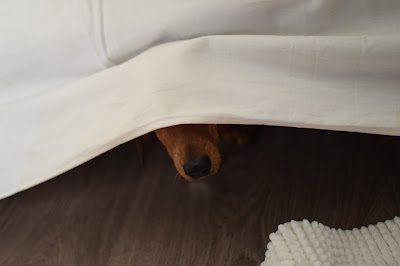 Her very favorite game is to hide under the bed, patiently waiting until I step to the bed. Once I'm there, she shoves her cold, wet nose into my ankle bone, relishing in my voice-cracking squeal of fright. She's evil, I tell you.

These are the things people neglected to mention to me before I hopped on the small dog bandwagon. What about you? What "warnings" would you give out?