Livvy has grown up a lot this month. She's almost 8lbs now, and is nearly as big as Nola. She's a very short and stocky girl. House trained and knows sit, touch, watch me, "ouch!!" (she's a nibbler when she's excited) and come. Impulse control is a work in progress...haha. She's still fantastic in her crate, although I sincerely hope Pike teaches her that we like to sleep in whenever possible.

She's been getting more and more "lax" time, where I'm not breathing down her neck and letting her have almost as much freedom as Pike (Nola needs no supervision. Pike is perfect, except for his love of climbing on my nightstand to steal lotion and Chapstick). So far, so good. She's really starting to teethe now, so that freedom has been restricted the last week or so as she has a particular fondness for whicker (I swear, I don't know what it is with my dogs and whicker. Pike loved it, too).

She is completely fearless! Nothing phases this girl. She has an amazing temperament: friendly, outgoing, independent without blowing you off, playful, good off switch, gets along fantastically with dogs of all sizes and adores kids. She takes everything in stride.
She has great prey and hunt drive, which I absolutely love. Nola adores her, and they are always playing. She's rough and tumble, and Livvy-Lou loves it.

I can't believe my Pike Puppy is almost a year old! :( That just doesn't seem possible. It really feels like just yesterday I brought the Merle Moron home, and yet it feels like he's always been here.

Pike has learned a nice solid "drop" cue. He can be all Tasmanian devil on a tug or frisbee, and will instantly drop it on command. He's also doing it with his ball and frisbee now. He comes full speed at me and spits the toy at my feet on cue.

He is incredibly high energy, and is still toy obsessed. The second I step outside, he dashes over to bring me a ball. I've slowly started letting him jump for his frisbee, and he's very good at catching it already. He lights up when it comes out.

One thing I've forgotten to mention about him is he absolutely refuses to eat more than 1/4 of a cup of food. If there's even a piece of kibble more than 1/4 cup, he'll leave it in his bowl. It's pretty funny, actually! Nola's always happy to finish what his snobby self won't, so nothing goes to waste. 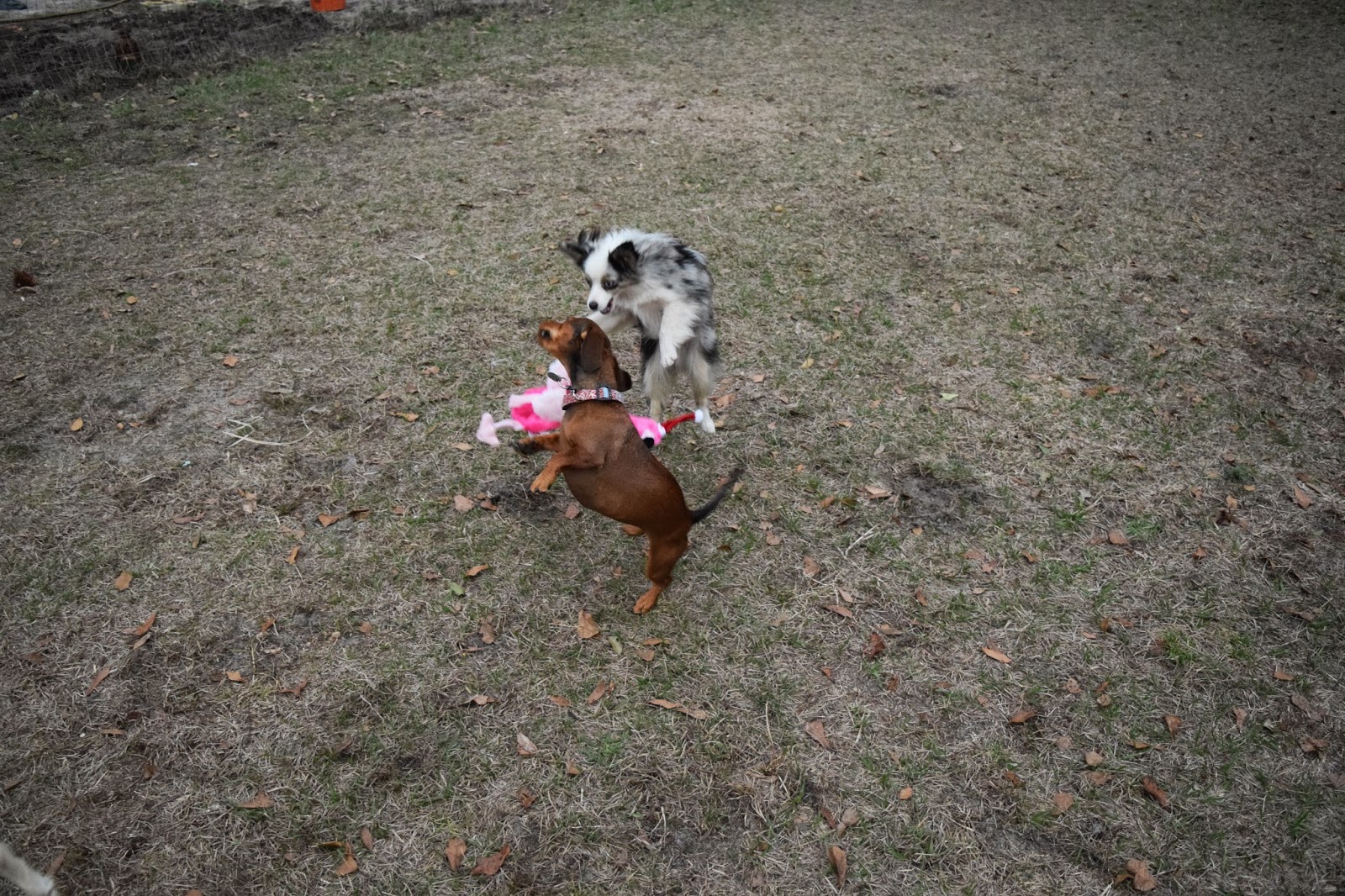 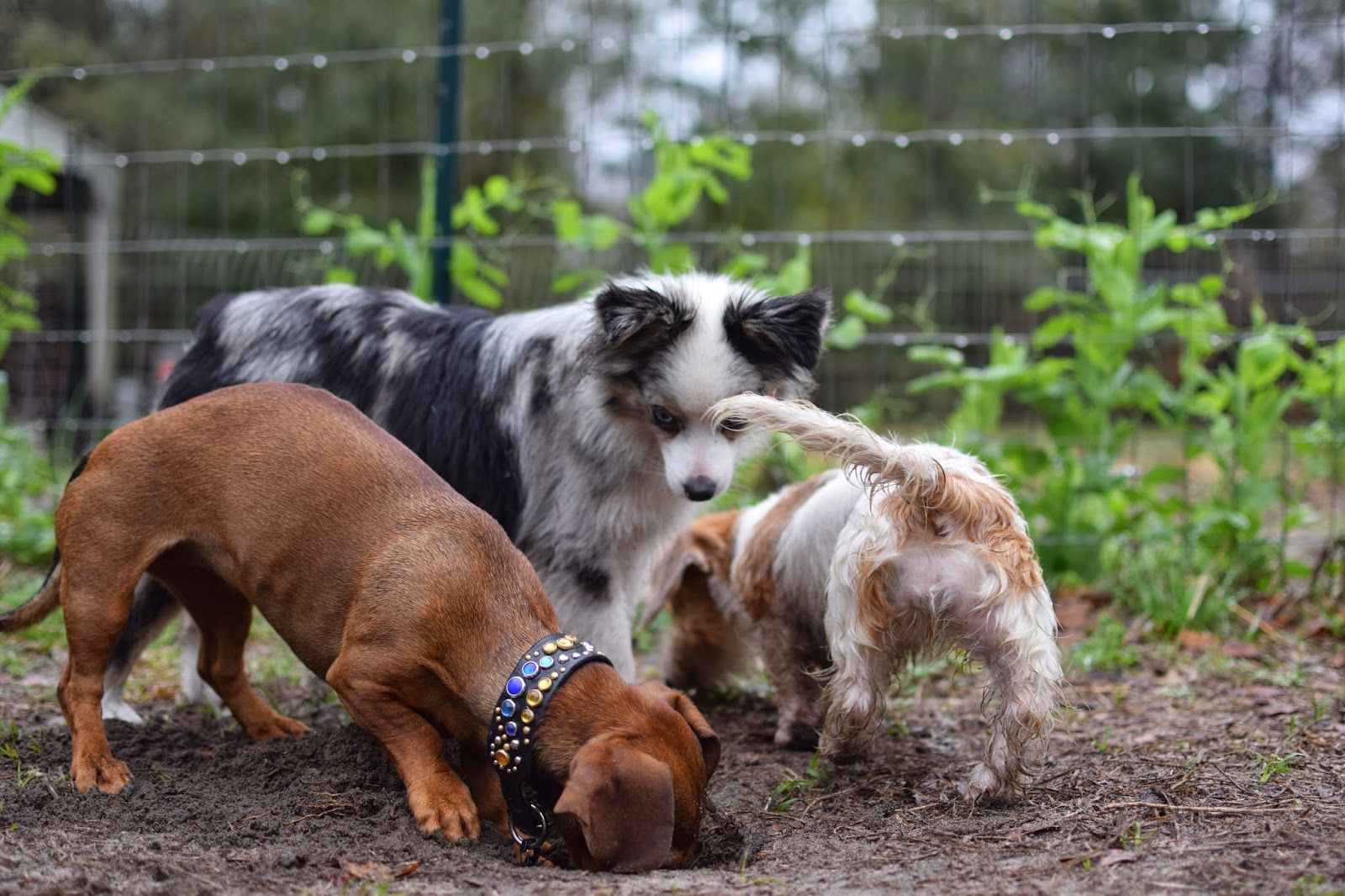 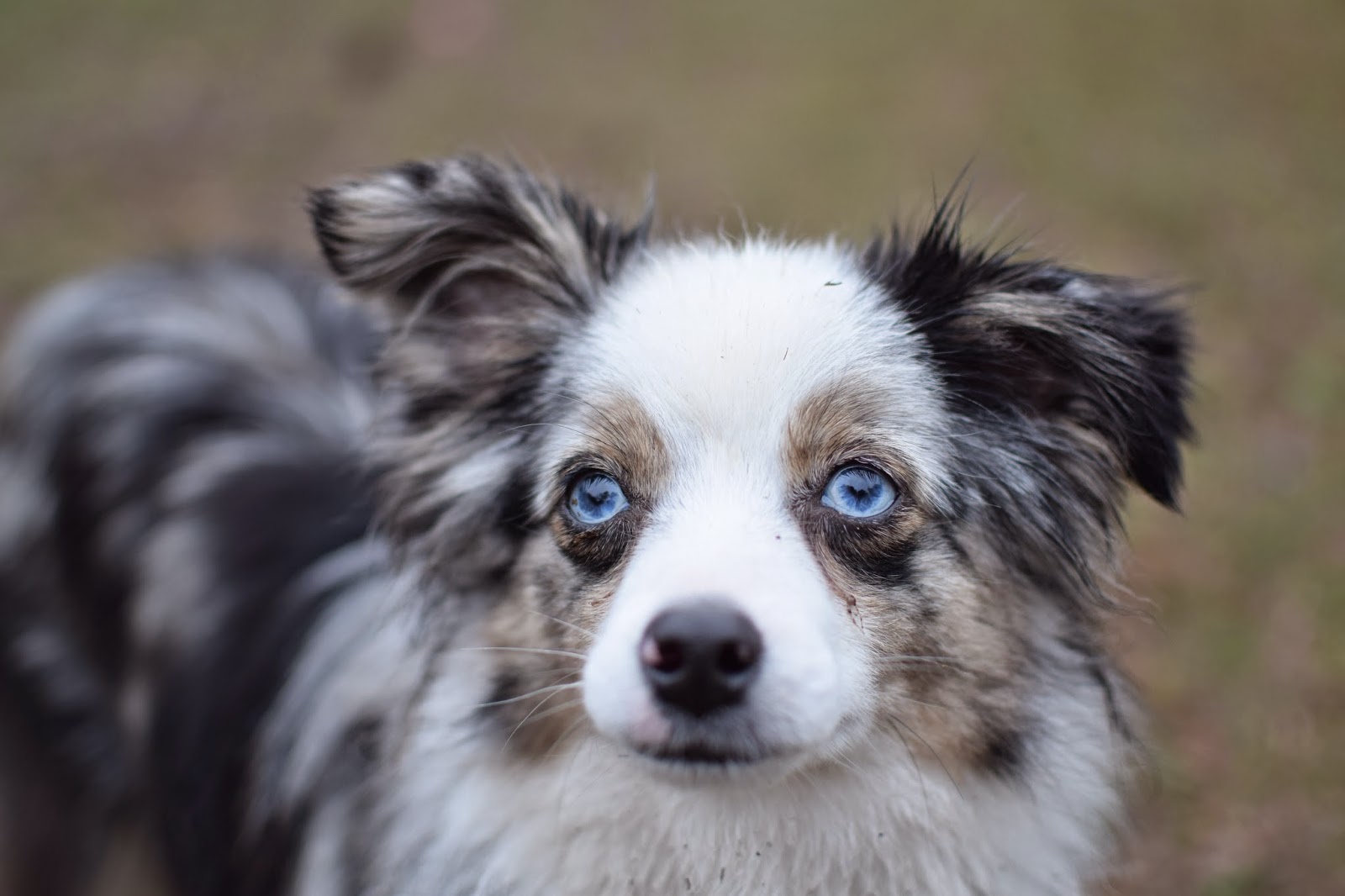 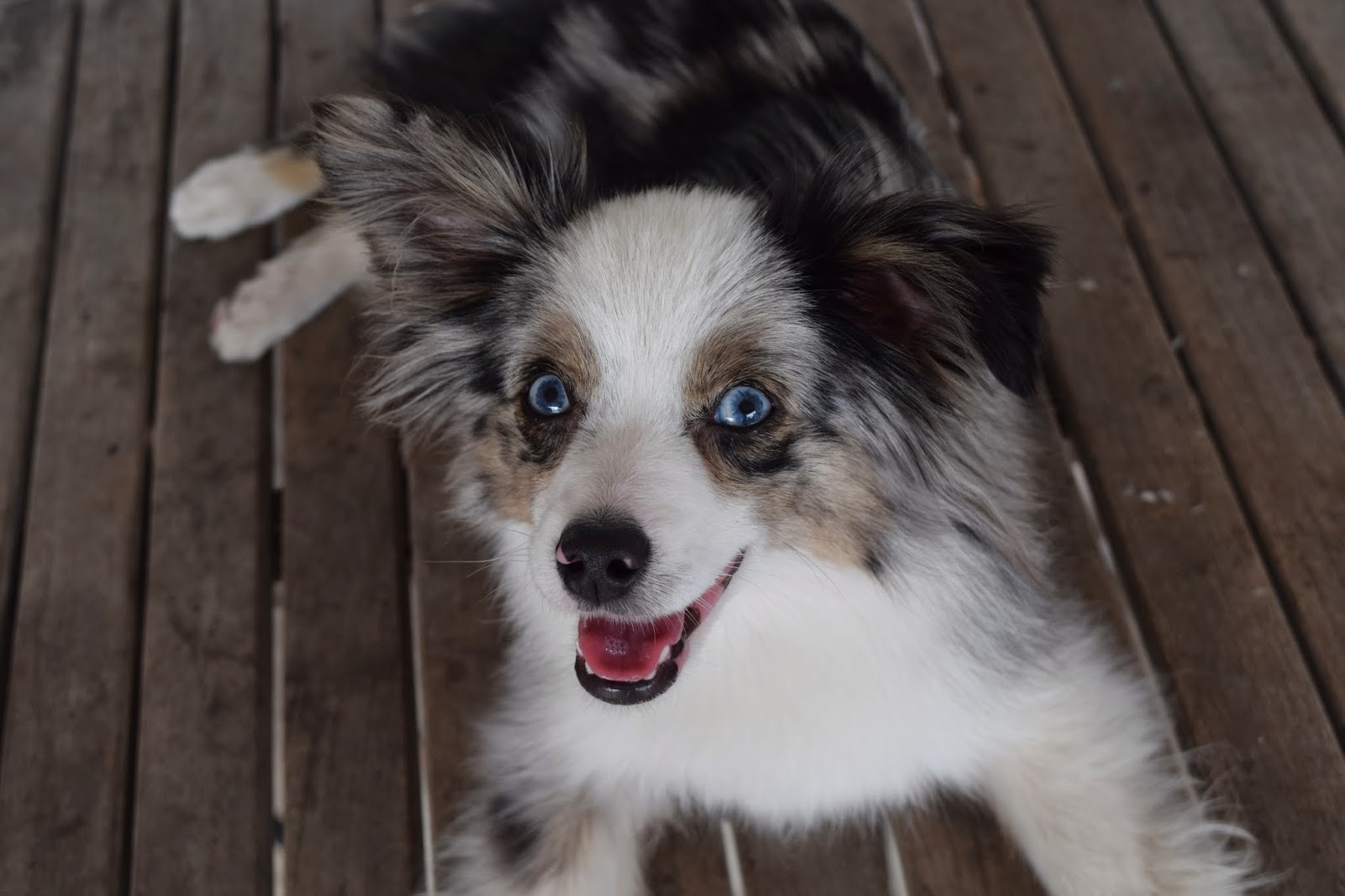 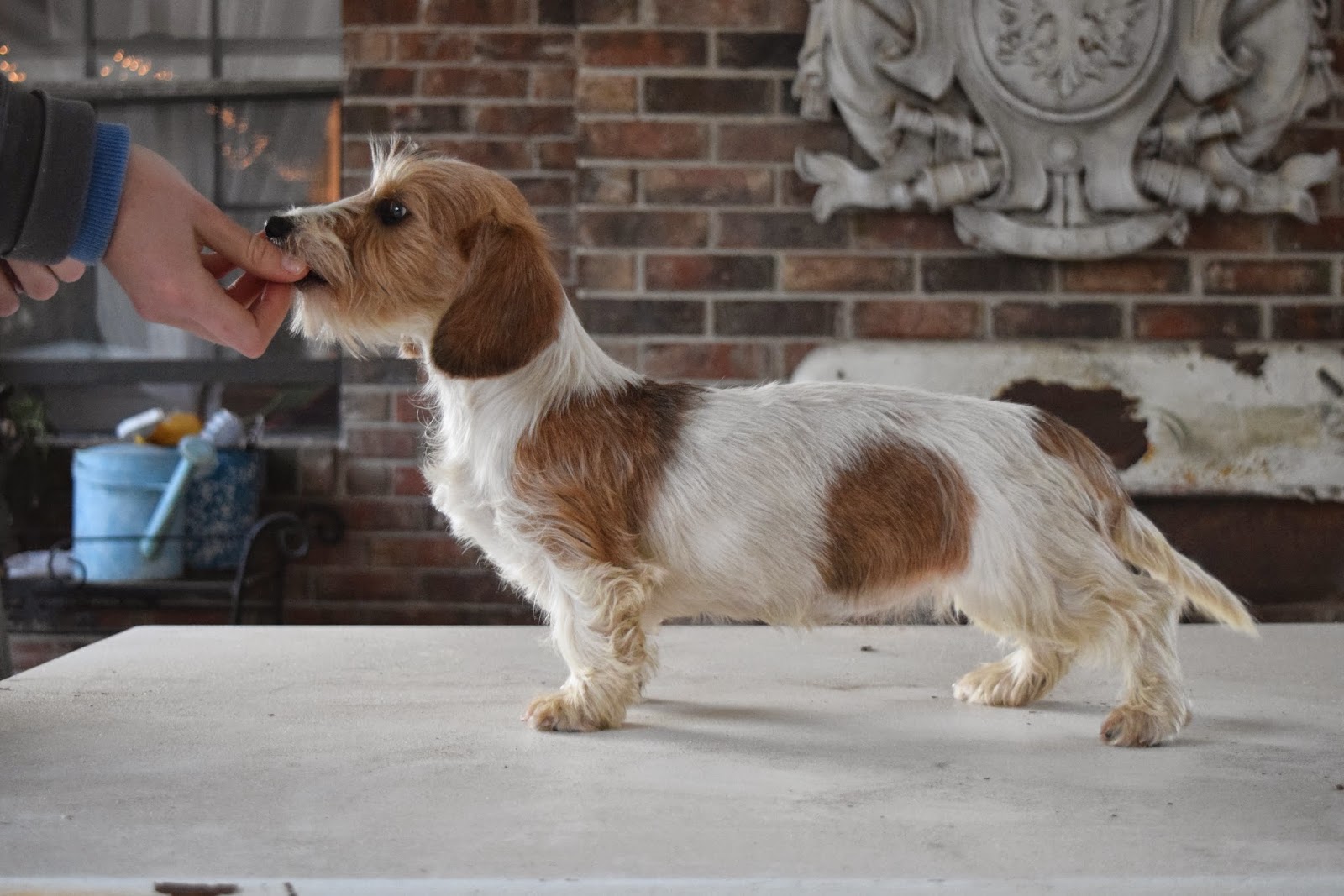