Hi, all! Today I have a great tug toy to share with you called Udder Tugs (that sounds kinda...wrong, LOL!) made by Mutt School, an Etsy shop. These tugs, as you might've been able to gather from the name, are made from fleece and the rubber inflation tubes used to milk cows. Isn't that neat?


Both Pike and I love to tug (as you can tell in the header), although I can be pretty picky about the tugs I'll use. For the most part, we play with Skineez or a medium sized fleece tug. Both are fun, and I have a particular soft sport for the Skineez, but Mom throws the tug as a reward when we release them, and the tugs we usually use are pretty light and don't go far at all when tossed. These Udder Tugs solve that problem! The rubber part is in the middle (see below), and the fleece part sticks out a few inches on either end. The rubber gives just enough weight that you can really pitch them, but isn't so heavy you could hurt your dog if they accidentally got knocked by one.
For whatever reason, neither of us will tug on the rubber part. We'll pick it up by that, but only tug on the fleece part. I'm not sure if it's because we can't get a good grip on it, or if it's simply because we're used to softer tugs. Either way, we really enjoyed these tugs! 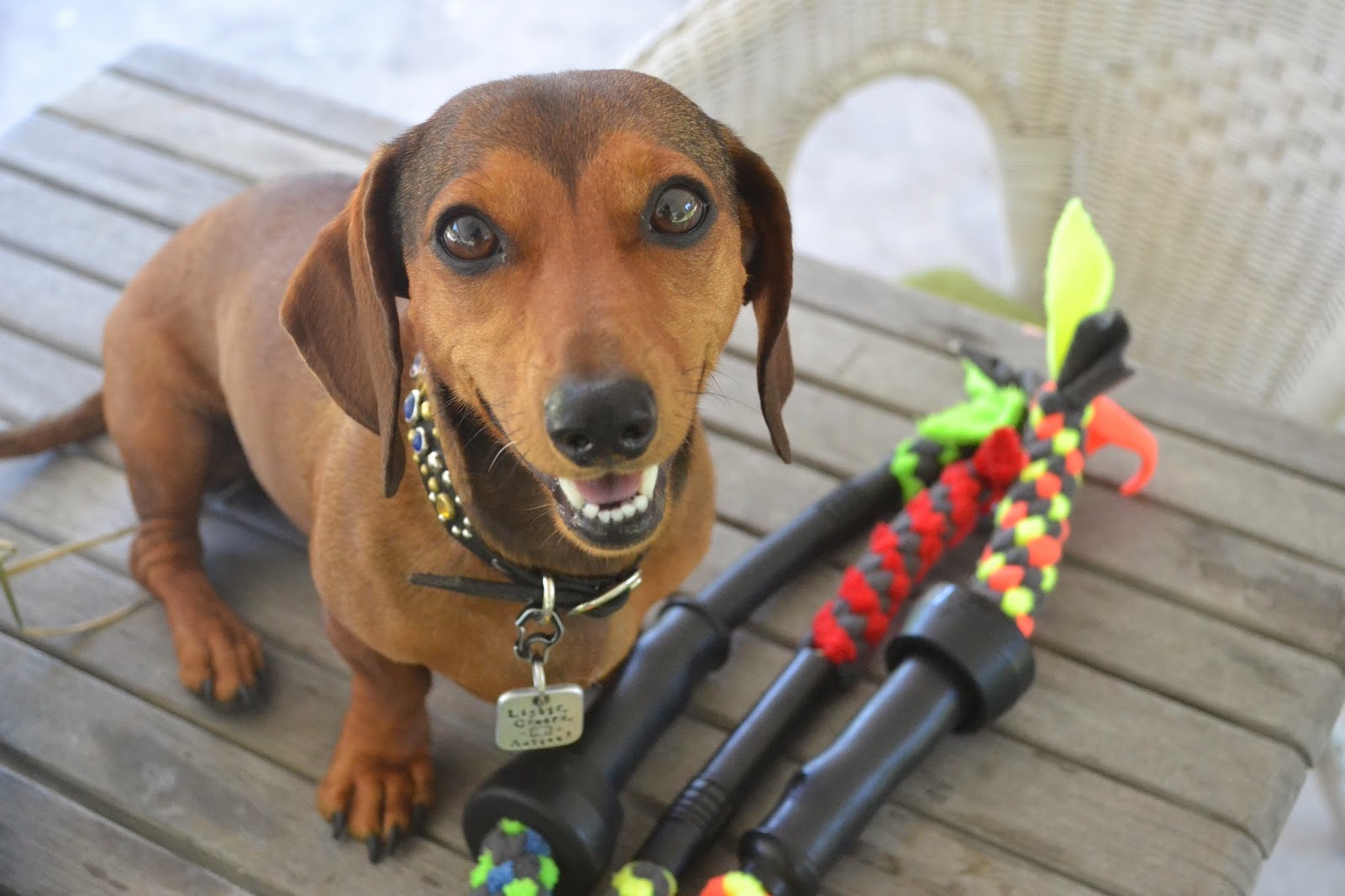 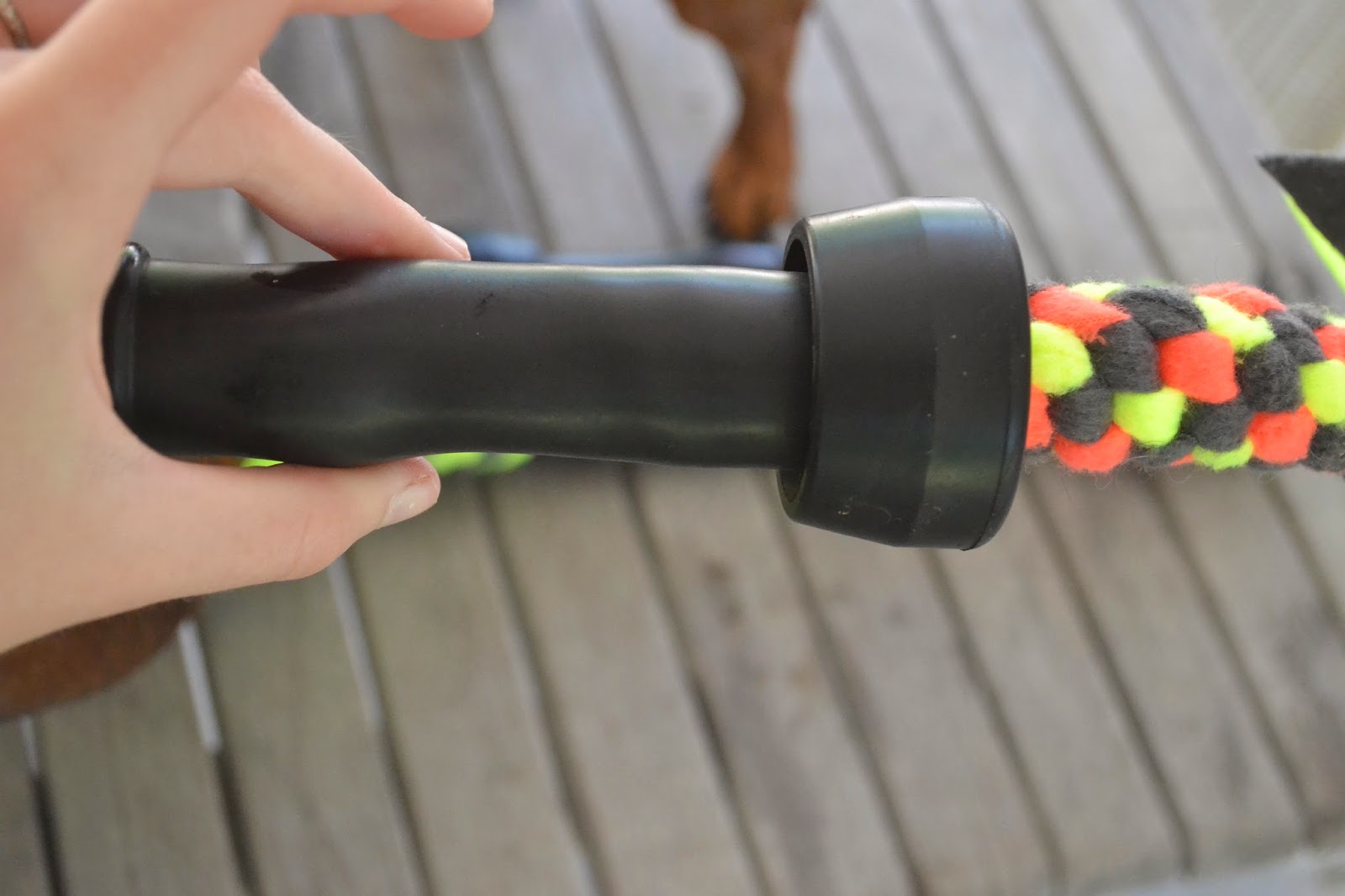 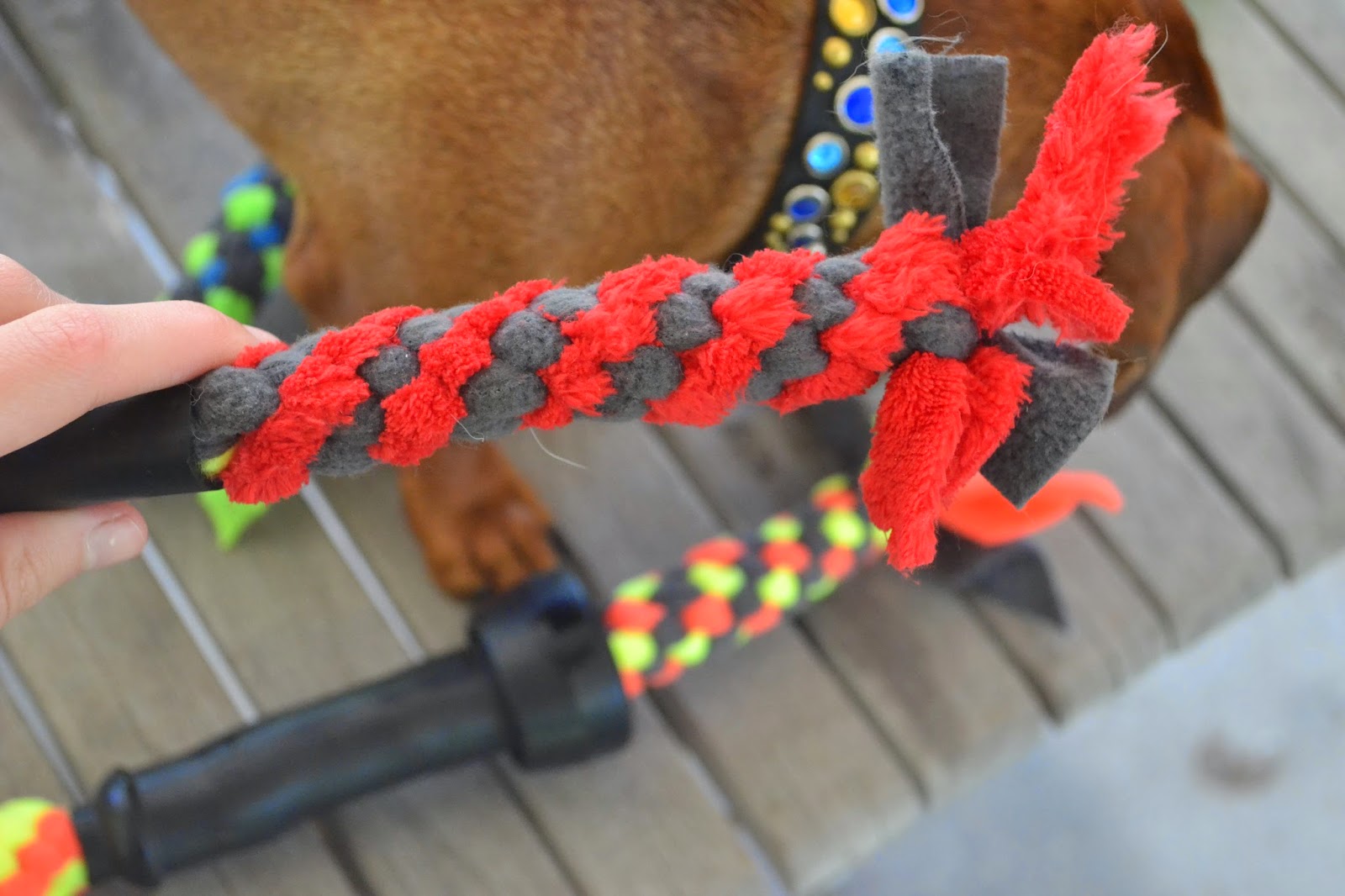 They aren't a toy you just leave laying around on the floor. You should be actively engaged with your dog when they're playing with these, and they should be put away when not in use. Don't want any pups chewing them up!

We both loved these, and would recommend them!