Hi, everyone! Here's an update on my puppy. We're still getting along wonderfully; better everyday, it seems! We play all the time, sleep together, chew together, and he worships me (smart boy). He's a bit dense, but is learning, mostly because I am a fabulous teacher. But tell you something you didn't know.

DM: For people thinking that Pike will get hugely bigger than Nola, I figured I'd post a reminder that Pike isn't a "full sized" Aussie. He's a Miniature American Shepherd (the proper terminology), often incorrectly refereed to as a Miniature Aussie. Being a MAS, he won't get that much bigger than Nola. 20-30lbs, at the most, and 13-16" tall. Just a little thing!


Pike is 13 weeks old today. Around 6.5lbs, and 12" or so inches tall. He's totally learned sit, his name, is working on a recall, has excellent bite inhibition, is slowly learning down (Mom's having trouble fading the hand lure), and chews everything. He's gone through three sets of earbuds in less than two weeks. Two of them were Apple earbuds! Little shit. But aside from that, he's a great puppy.
He's fairly mellow, or perhaps he just looks that way compared to moi.
We train a few times a day, play fetch/chase with the ball a couple of times during the day, and then we spend 15-30 minutes in the evening playing tug (DM: tug in Nola's case, building tug drive in Pike's case), fetch and chase. That's all he needs! Less than half of what I get, and a quarter of what I got at that age.
DM: To be perfectly honest, Pike would be a handful if I hadn't gotten Nola first. The Crazy Girl makes everything else look easy! 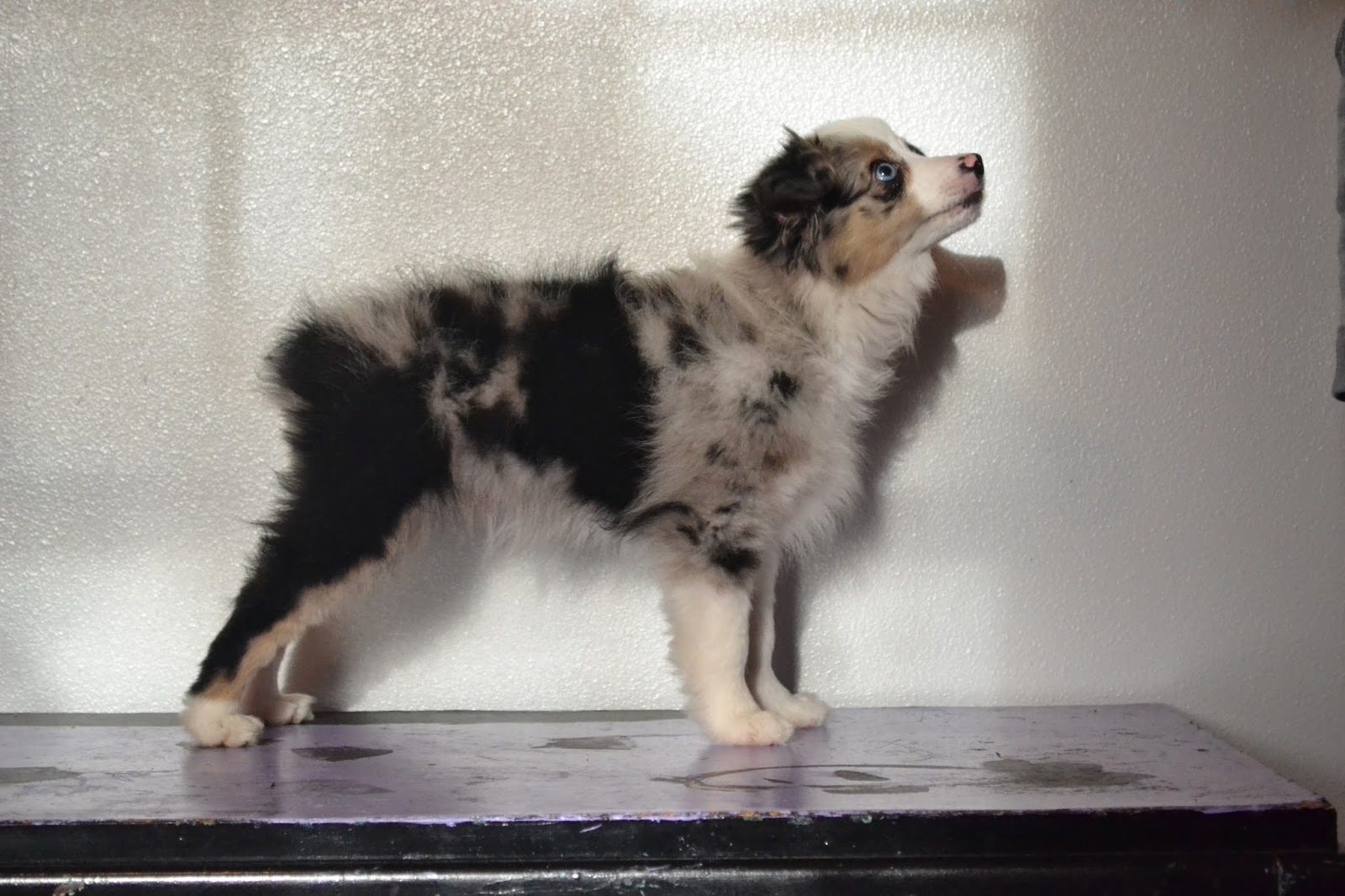 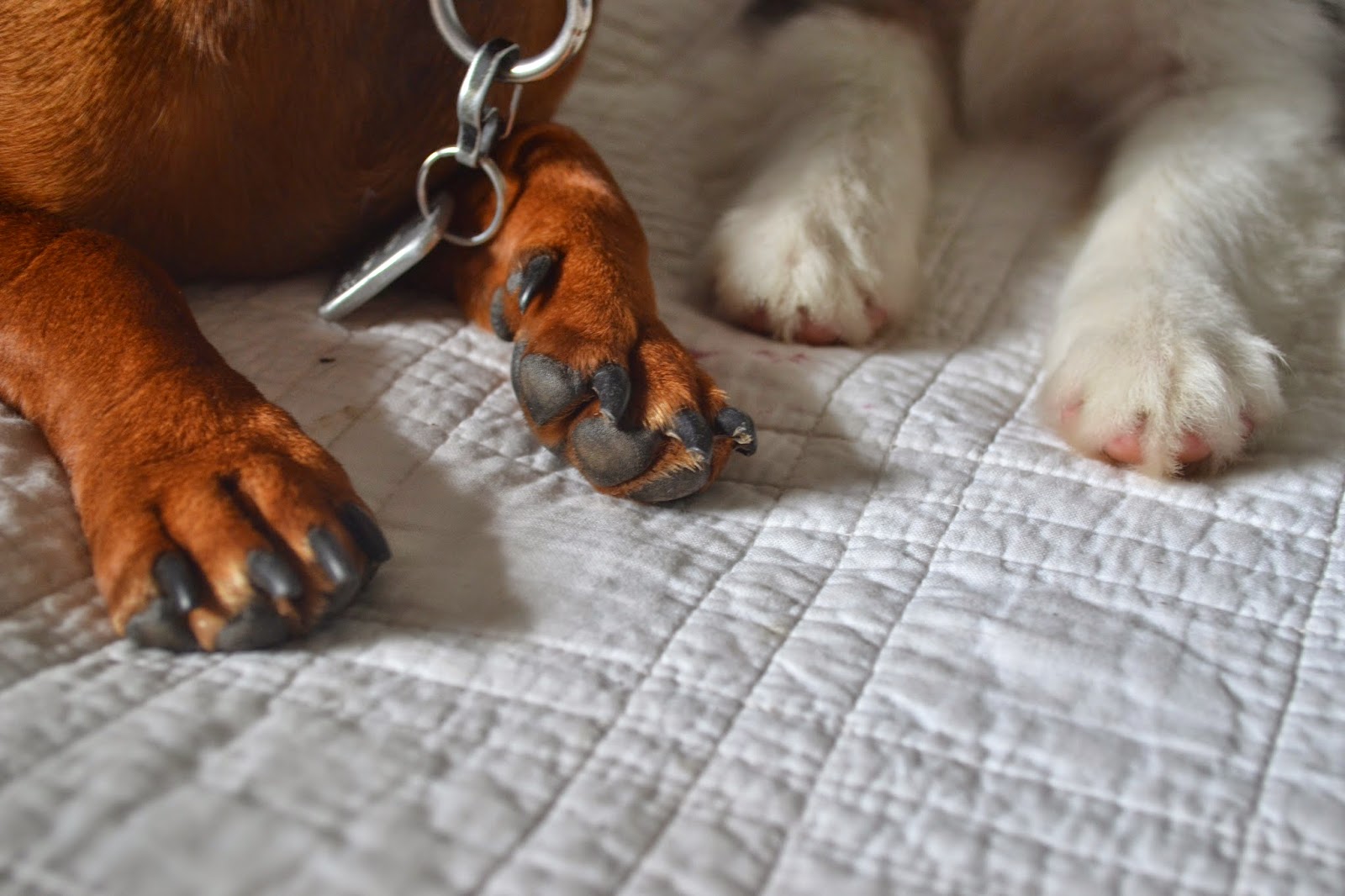 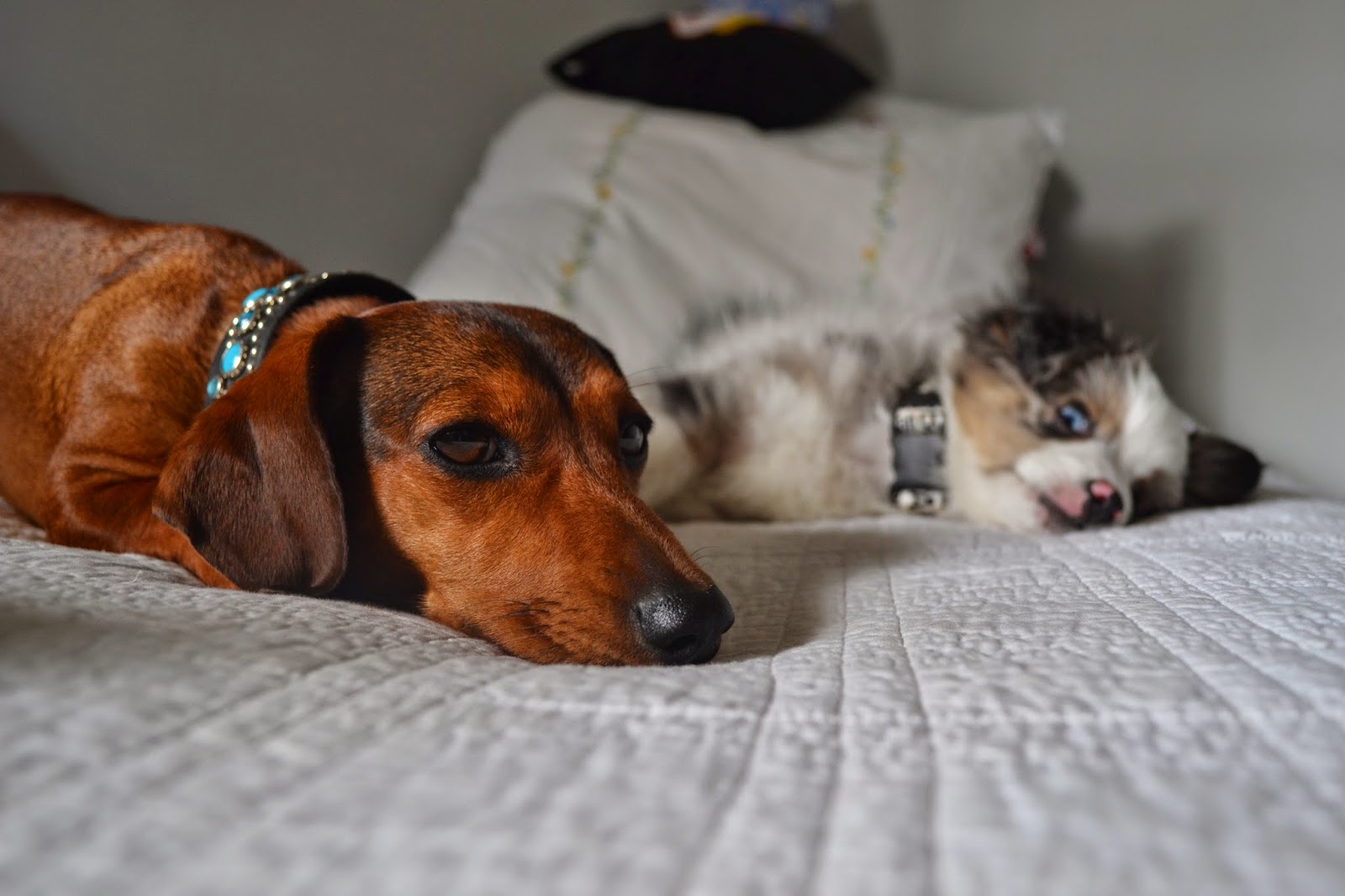 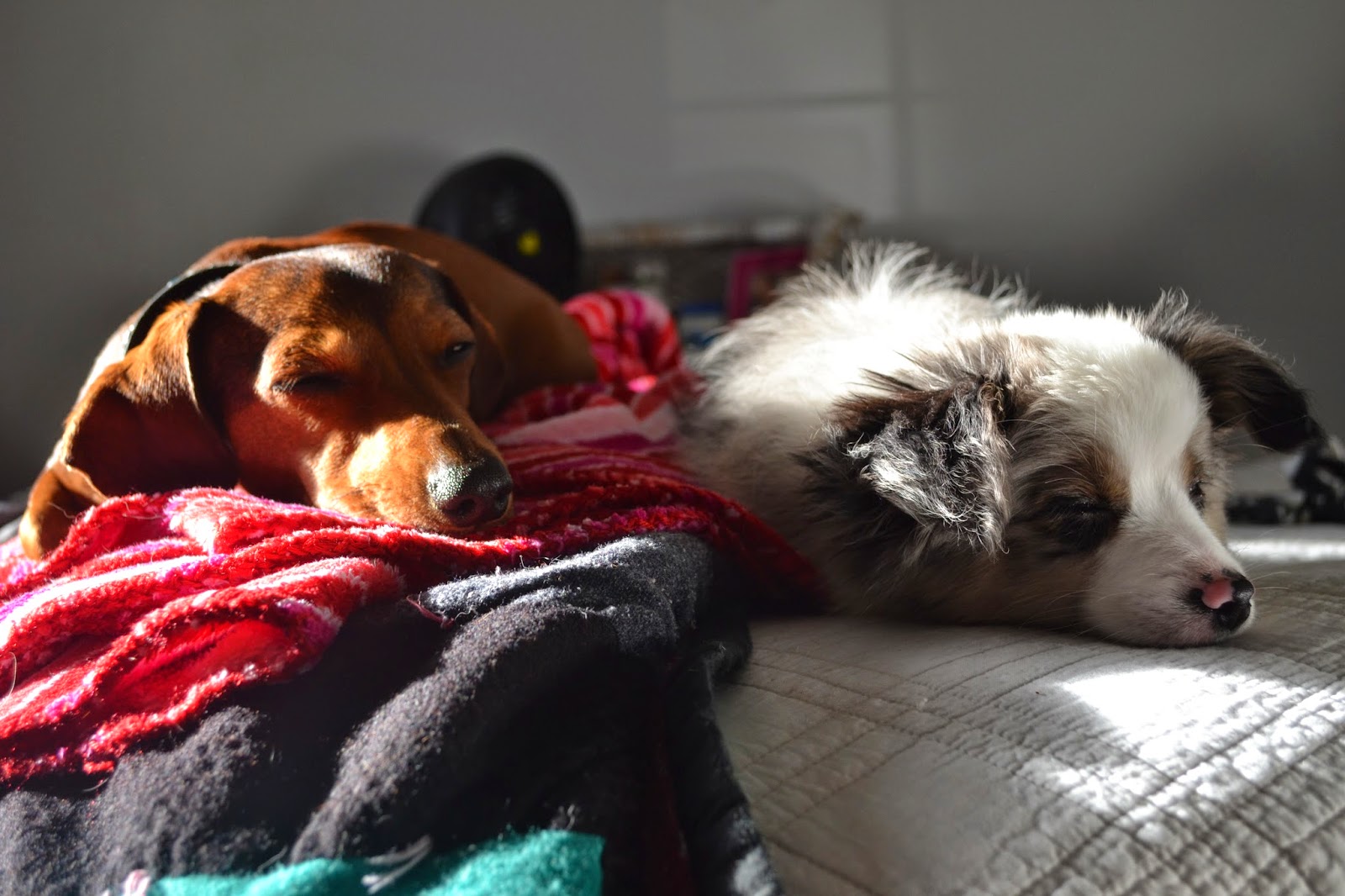 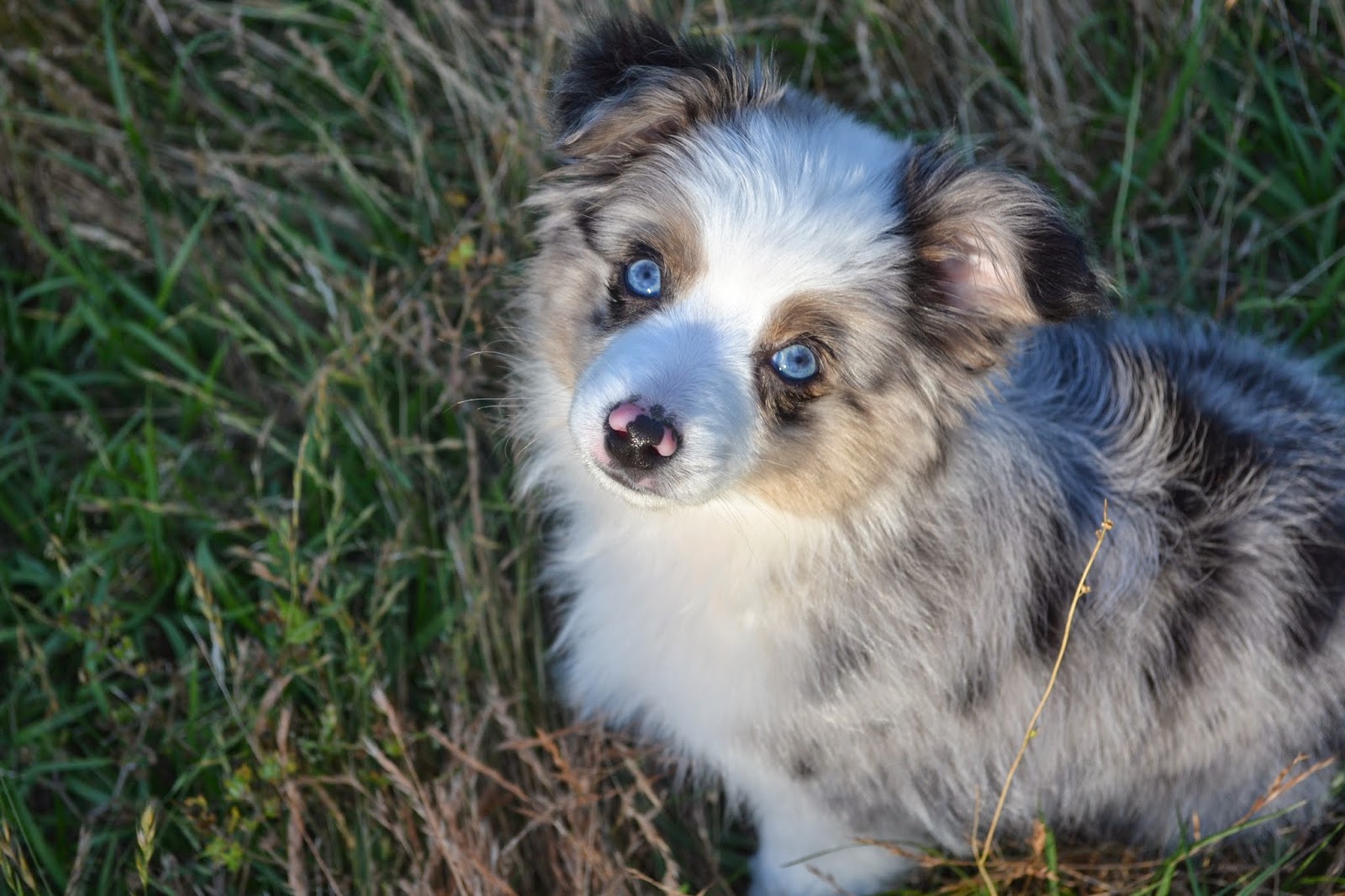 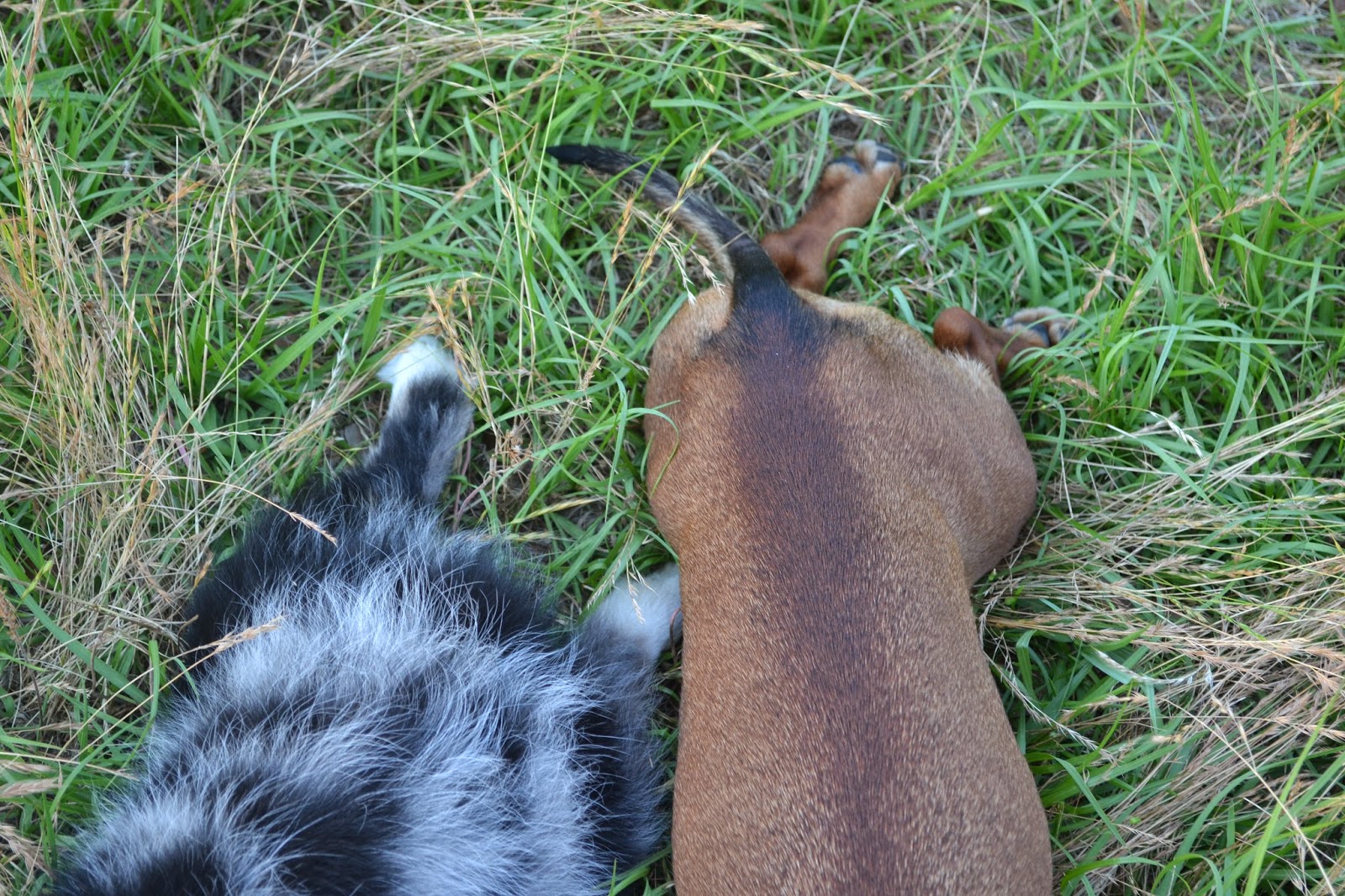 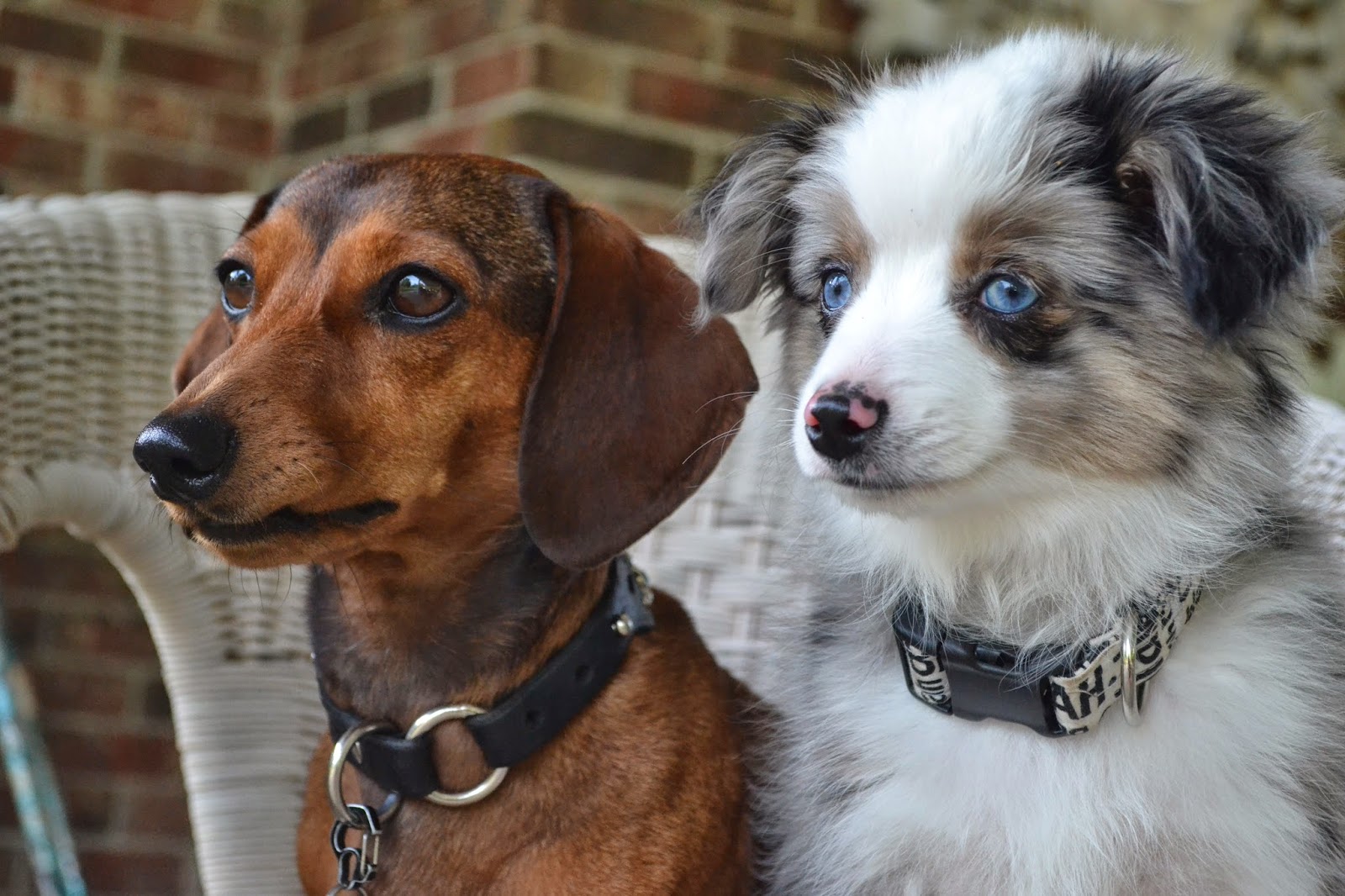 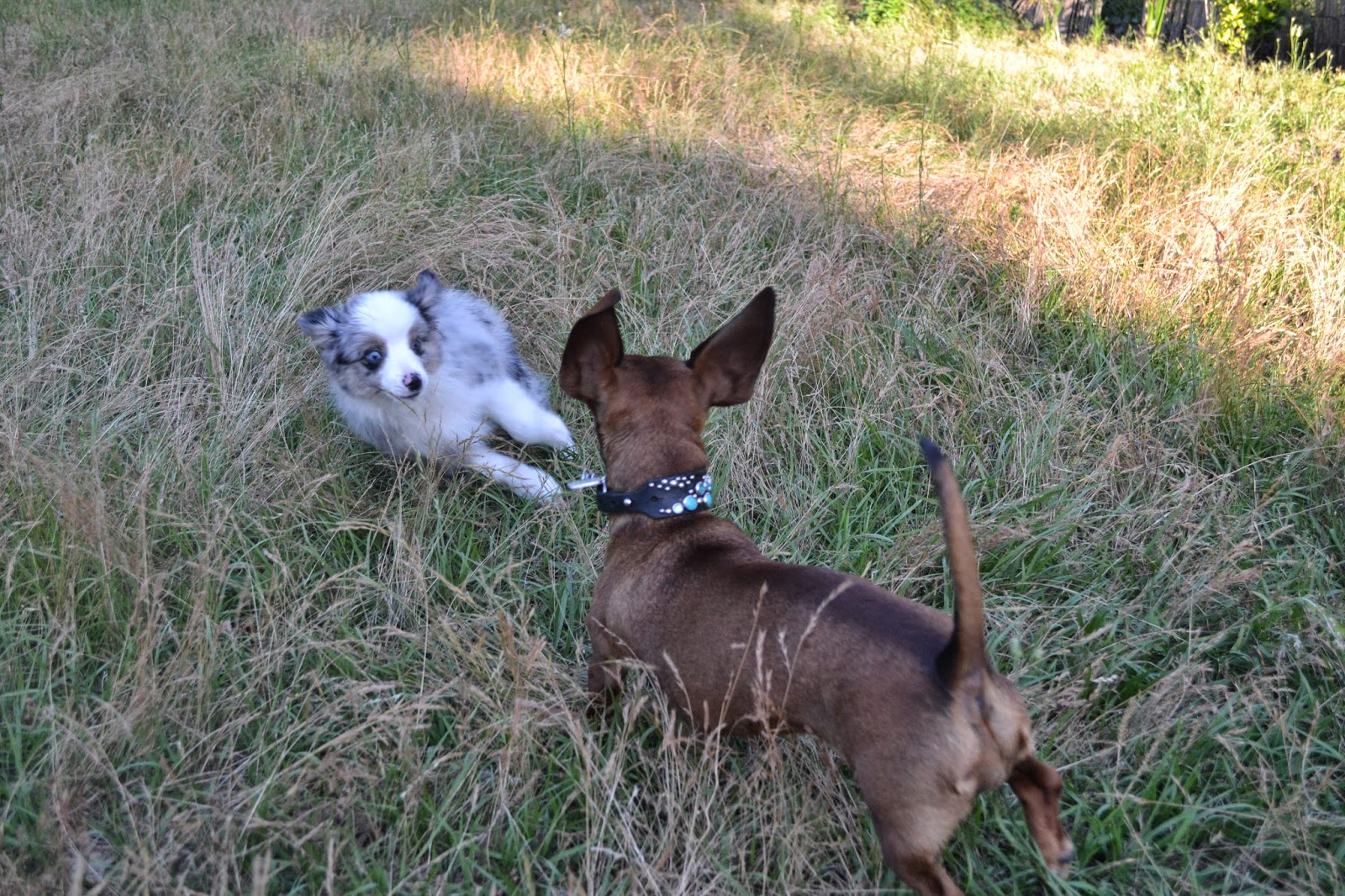 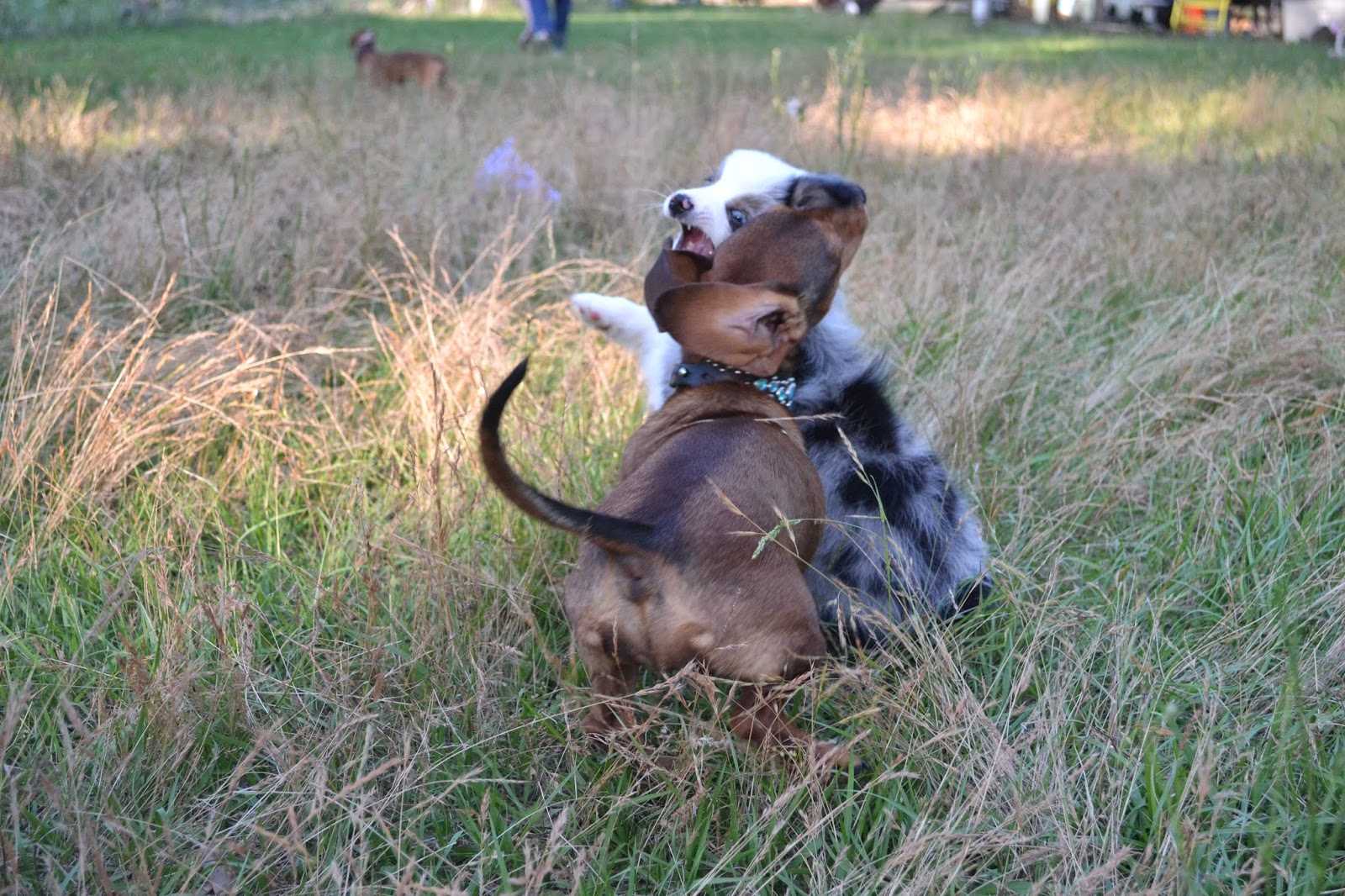 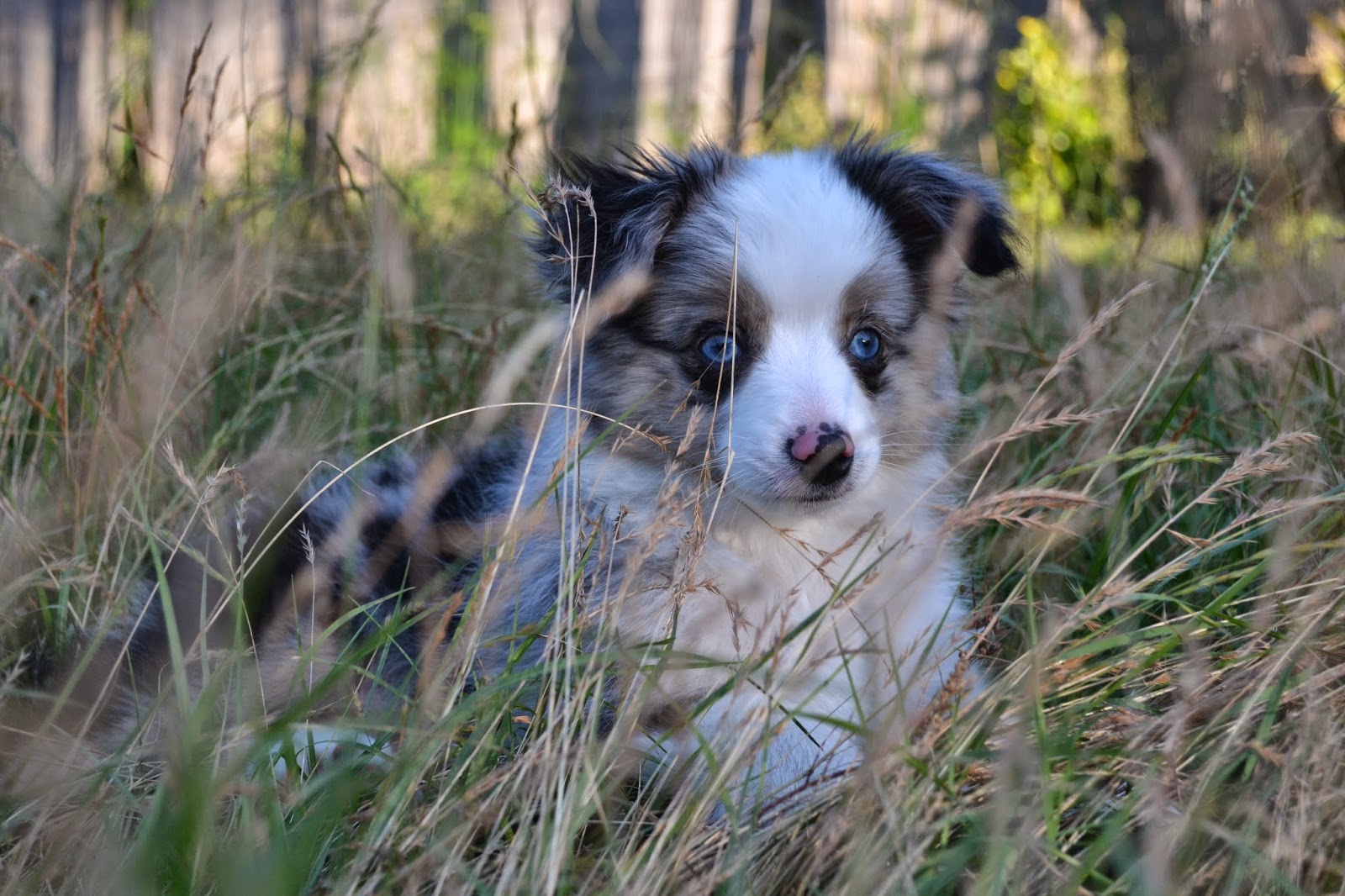 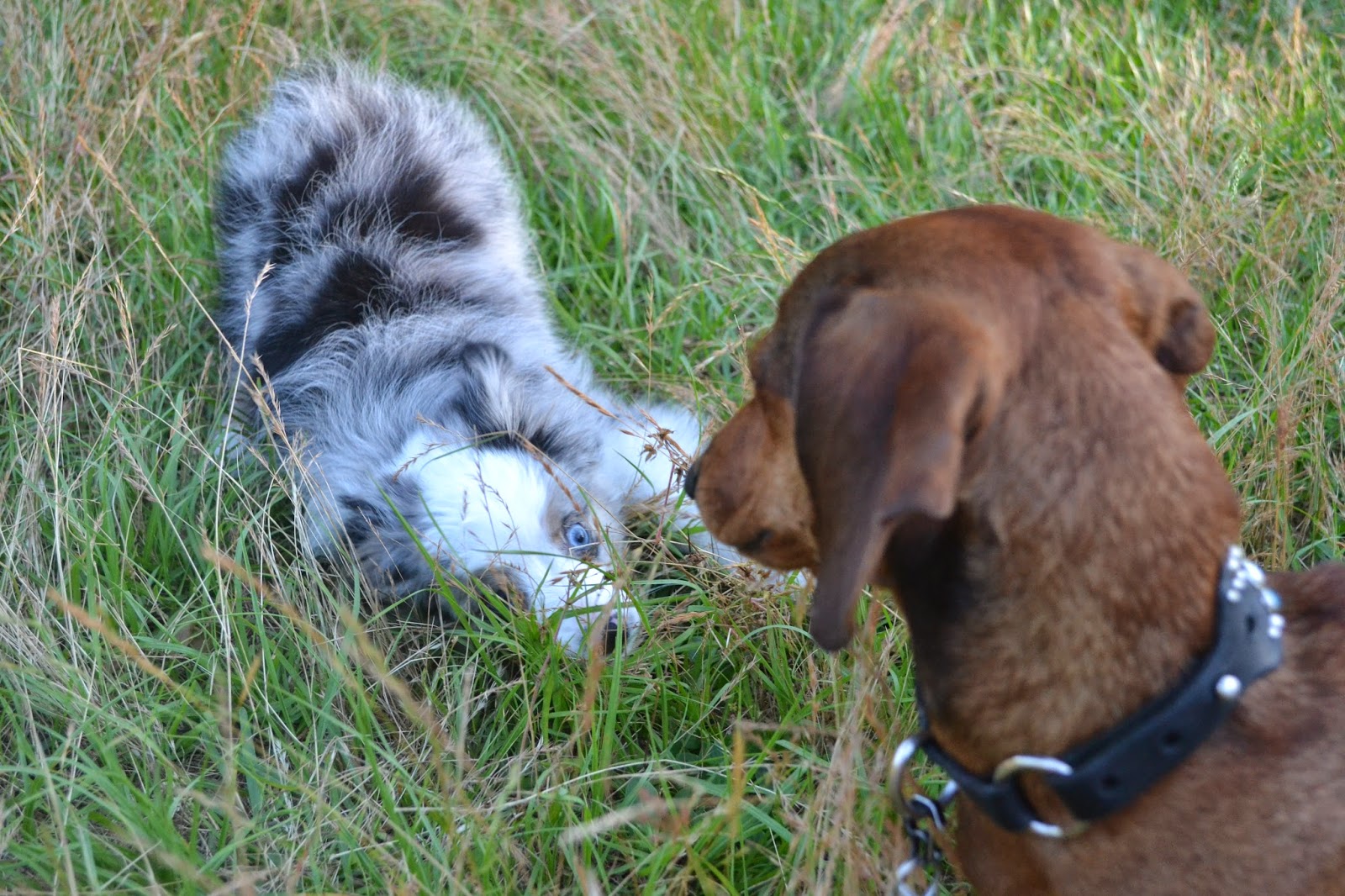 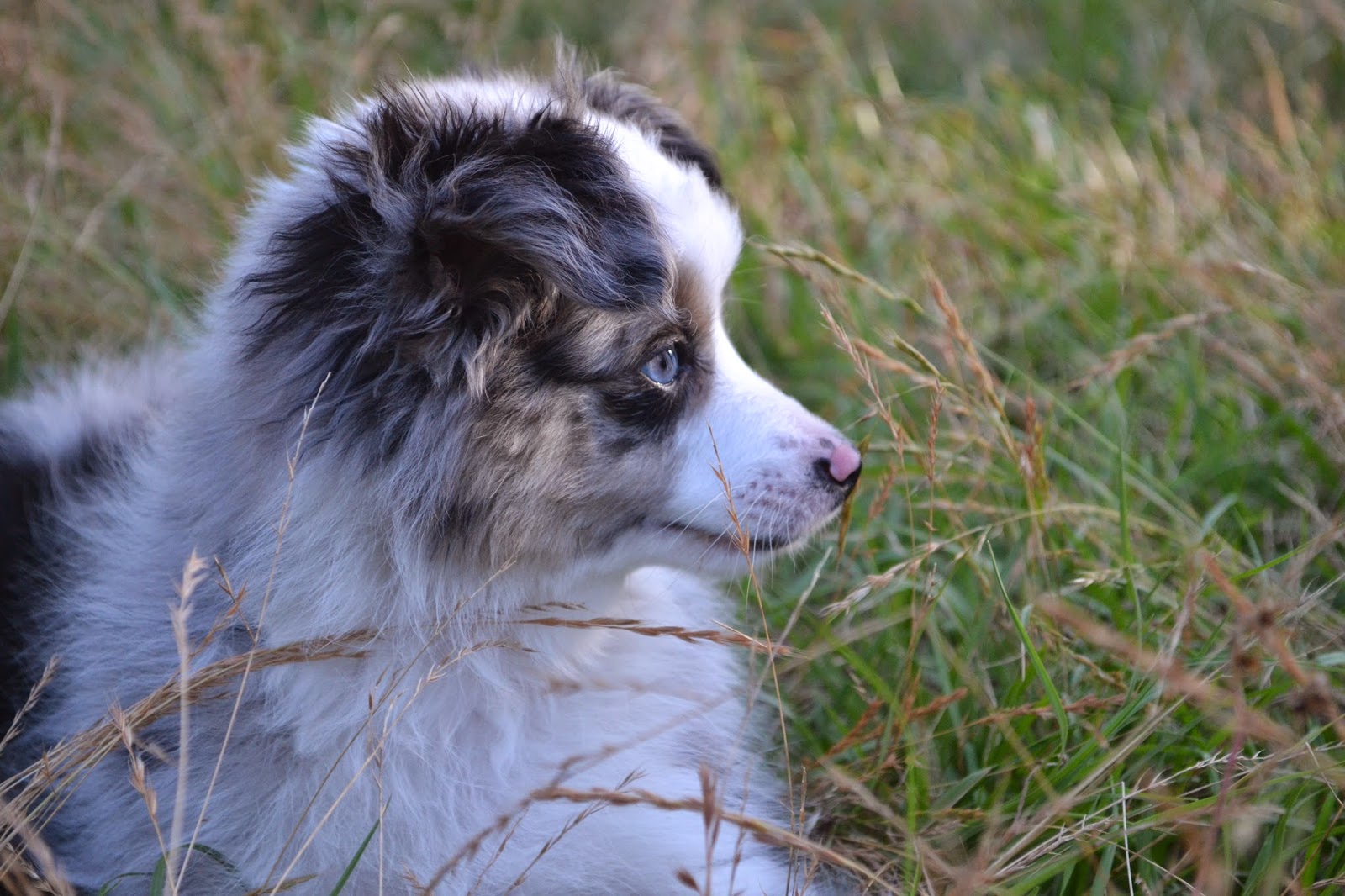 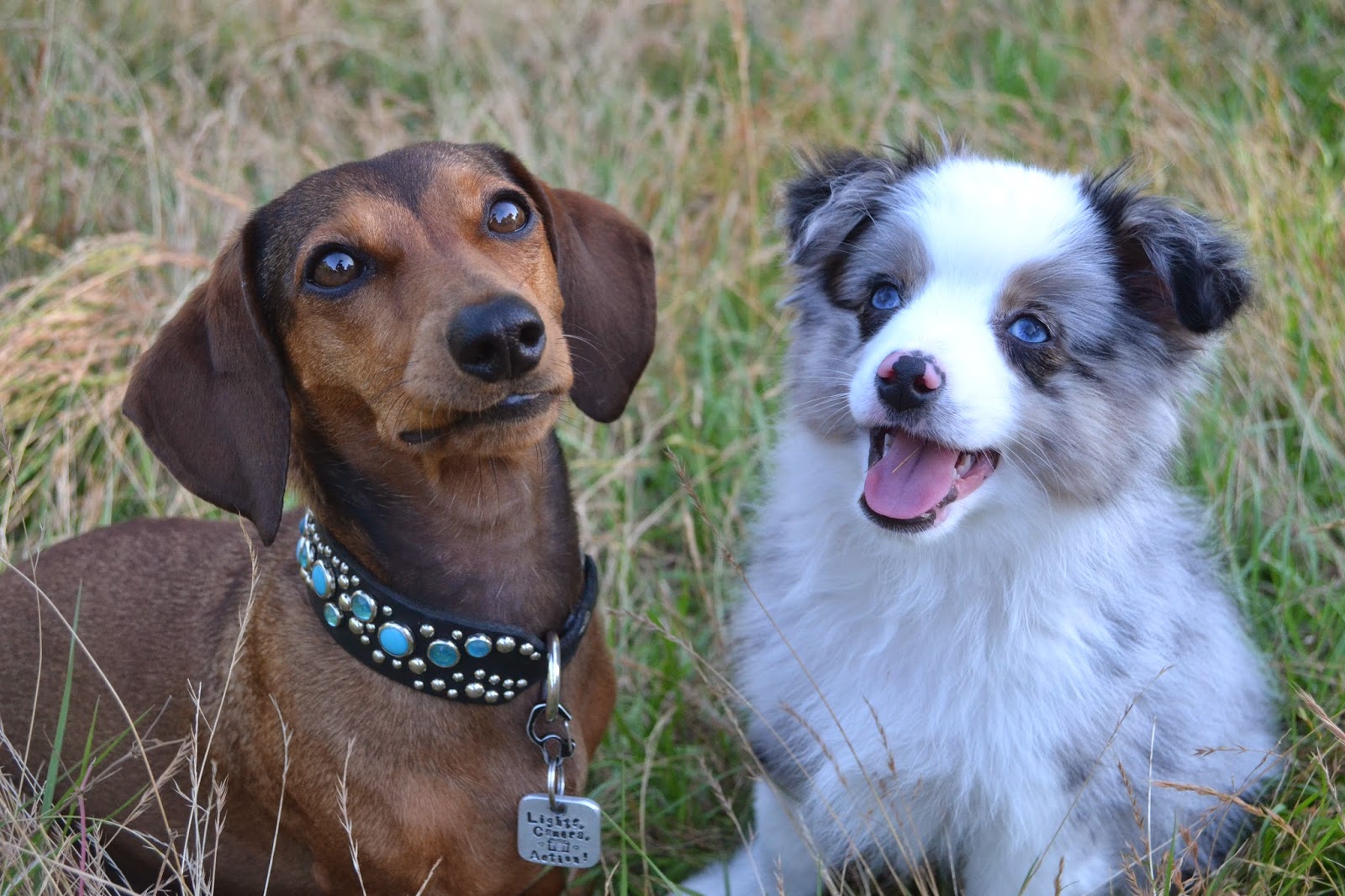 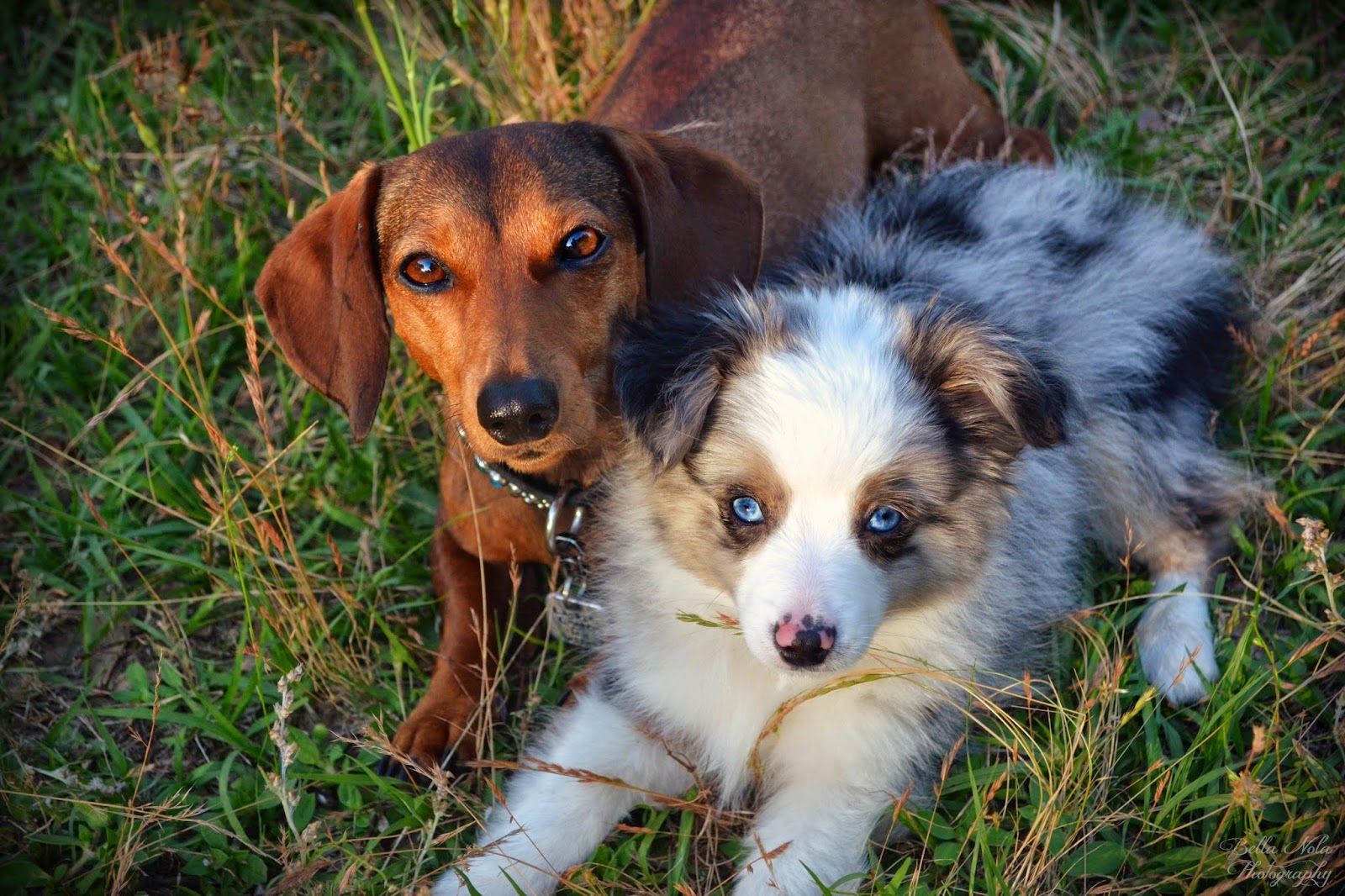