Hey, y'all! It's Dachshund Mommy again. I know, Nola letting me post two days in a row flabbergasts me as well! But I've decided that most, if not all, training and competition posts will be from me, with interjections from the little kielbasa. I know how much y'all love listening to my disjointed ramblings. ;)
Before I talk about the event, Nola and I would like to wish everyone a Happy Mardi Gras! 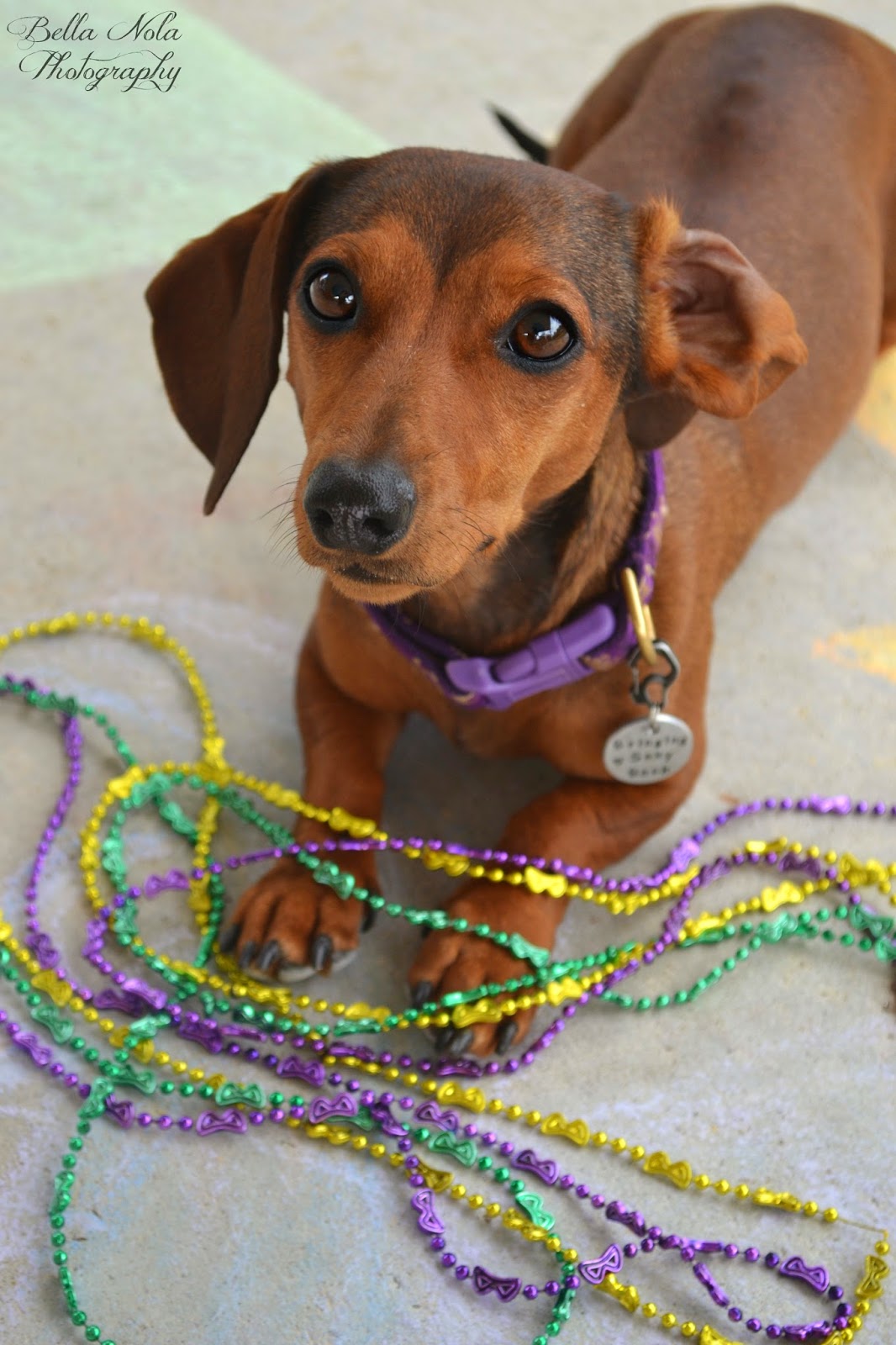 The Rally trial was held in conjunction with a dog show at the same venue where we attended the Earthdog event a couple weekends ago (if you missed that post, check out our post Bitches...It's Not Just for Dogs for the full rundown). Luckily, this event was much more welcoming and enjoyable than the last! There were still a good handful of snobs and assholes, but such is the way with life. Most people were simply busy rather than rude, and we got several smiles and compliments, as well as meeting some nice people. We got to meet two BEAUTIFUL Black Russian Terriers, which I was super excited about! I'd read about the breed but never met one in person. Lovely and adorable dogs! One tried to steal Nola's tug toy after I stashed it in my camera bag, which was cute in a way since his owner called him off immediately. Also saw a Chinese Crested, Standard Poodle (oh my god <3 <3 <3 one of my favorite breeds), several Great Pyrenees, Great Danes, St. Bernards, Newfoundlands, a Glenn of Immal Terrier, and what I think may have been a Finnish Lapphund,, but didn't ask to confirm. There were tons of other breeds, of course, but those are more rare, in this area especially.


It was hugely packed, and that did not help my nerves in the slightest. I'm claustrophobic, and that on top of being nervous for our trial put me on edge. When I'm on edge or nervous, Nola gets anxious and frantic. When I'm calm, she's calm. She feeds off me hugely. Just ask my mom, aka Sweetie!
When I get nervous, I'm twitchy and vibrate with nervous energy. My mother practically shoved me out of the arena and demanded I take Nola on a run, and I'm so glad she did! When we came back I was much more relaxed and focus, which meant that Nola was as well.

I did around 5 or 10 minutes of practice with Nola while we waited for our turn. We were last in Novice. Usually I'd prefer to be first, but it worked out well.
Like I said, it was a very crowded and very busy event. Tons of dogs and a boatload of people all rushing around with tons of barking and noise. Nola did incredible; this was the highest level of distraction we'd ever been in and she wasn't paying attention to any of it. We were given more than our fair share of incredulous looks; having a well trained small dog, much less a well trained Dachshund, tends to draw a lot of attention, especially at dog events. I'm used to it by now, and honestly I love what a good breed ambassador Nola is. A little more on that later on, and keep your eyes out for a post on having a Dachshund as a performance dog!

There were several other dogs entered in Novice, including a Chihuahua, an Aussie, a Cattle Dog, a Border Collie, a lab-ish looking mutt and the aforementioned Black Russian Terrier (who had a pony tail holding up her bangs. How cute is that?). We had a wonderful judge, honest and no nonsense but very fair and helpful. With this being our first trial, she was more than happy to pull me aside after the scores were given and tell me what I did wrong and what I did right, which was a huge help!


It was kind of funny the way Nola acted as we entered the ring. She was a bit fidgety as we waited for our cue to move forward, but as soon as we took off it was like a switch flipped and she knew that this was her time to shine. I'm sure you all have guessed by now, but Nola is an attention whore who loves the spotlight and loves to preform. Nola: what can I say? I was born for stardom.  She loves it, which is why I wasn't surprised that she adored Rally. You'll see in the video below how her tail was up and wagging the entire time.

Nola did freaking incredible!!! Her responses to my cues were quick and precise, she was eager and willing, her gait was flawless and flowing, and her focus was phenomenal. Not once did her eyes leave my face. Even the judge and ring stewardess commented on it, and said that Nola had the best focus of all the dogs entered. Had it not been fore me, we would've scored a perfect 100. Because of me, we scored 73, which is just barely qualifying! At the start of the trial, each team has 100 points. A qualifying score is 70 or higher. Points are deducted by varying degrees due to errors by dog or handler, incorrectly preformed stations, excessive barking, ect.
I screwed us up. :p I was seriously nervous and it showed. I incorrectly preformed a station (the stop/1, 2, 3 steps for anyone else who does Rally), didn't signal Nola quickly enough when entering the cone weaves which caused her to nearly miss one, got seriously confused as to where to go next after a sign towards the end, caught myself just in time before I incorrectly performed a second station, and the leash got tight on several occasions. If Nola wasn't sure an incredible dog, we'd've failed. :p
The leash wasn't tight due to Nola surging forward or lagging behind; it was due to me struggling to keep it from tripping Nola. Short dog + leash attached to collar + heeling = tripping hazard. For anyone who does Rally with their small dog, are there any tricks to keeping the leash slack and not having your dog trip?


As I said, we scored a 73. We weren't the lowest scoring team though; there was a 71 and a 70 behind us. They were also in our Novice A class, which is how Nola and I scored first place. :D

Almost the second Nola and I came out of the ring, a woman came up to us (me, Nola, Sweetie and Sugar) and asked point blank "how did you get her to DO that? Mine [Dachshunds] just look at me, and I can't get them to do anything!". It was gratifying in an odd way. My joking answer is that Nola's a fluke, but in actuality it's a combination of constant positive training since she was 8 weeks old and the incredible bond we share. It's quiet obvious, both to me and others, that Nola and I have something special. It's especially   obvious when we're around lots of other dogs and handlers. The bond of a heart dog is an incredible thing.

And pictures taken by Sweetie: 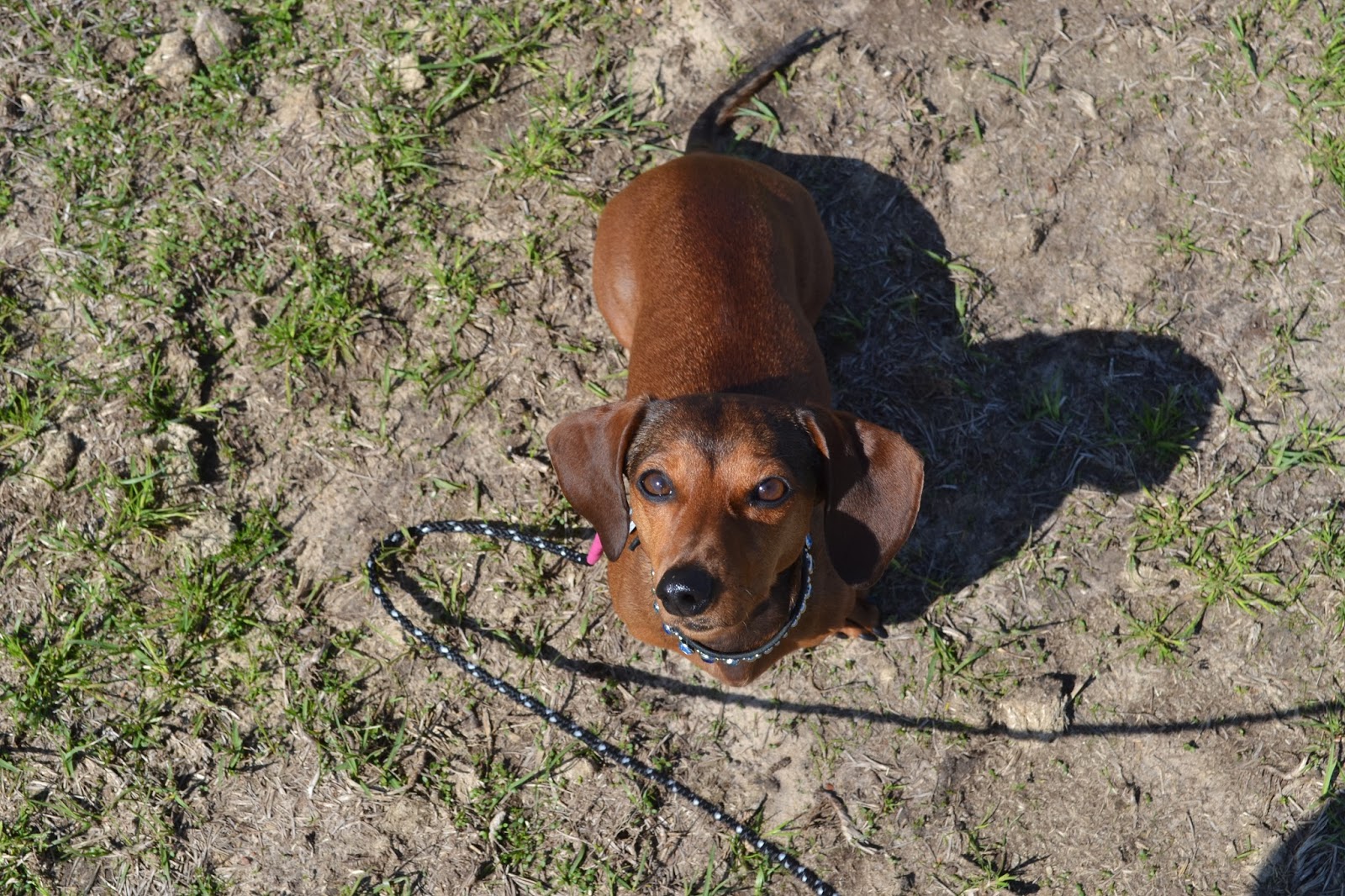 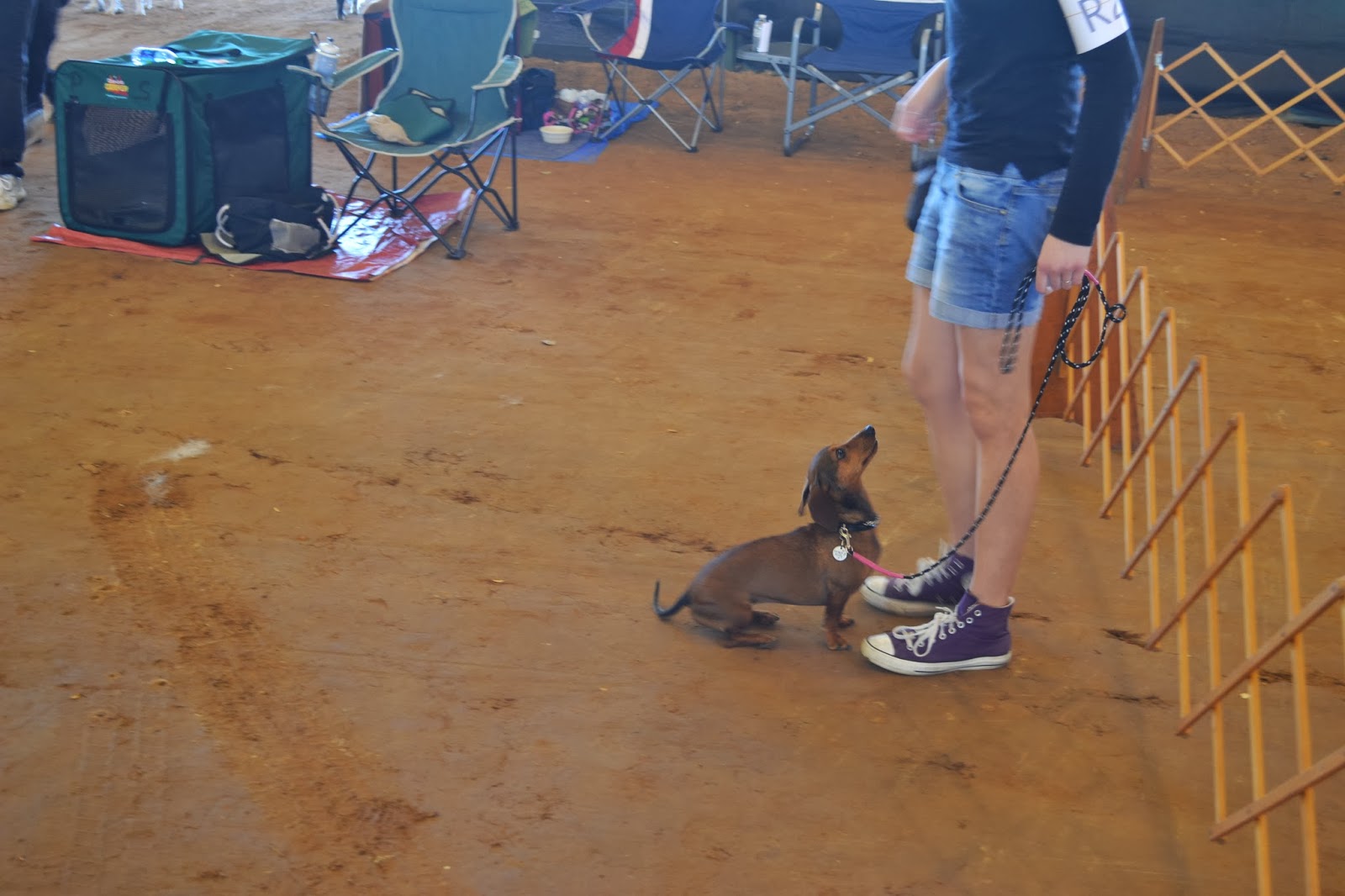 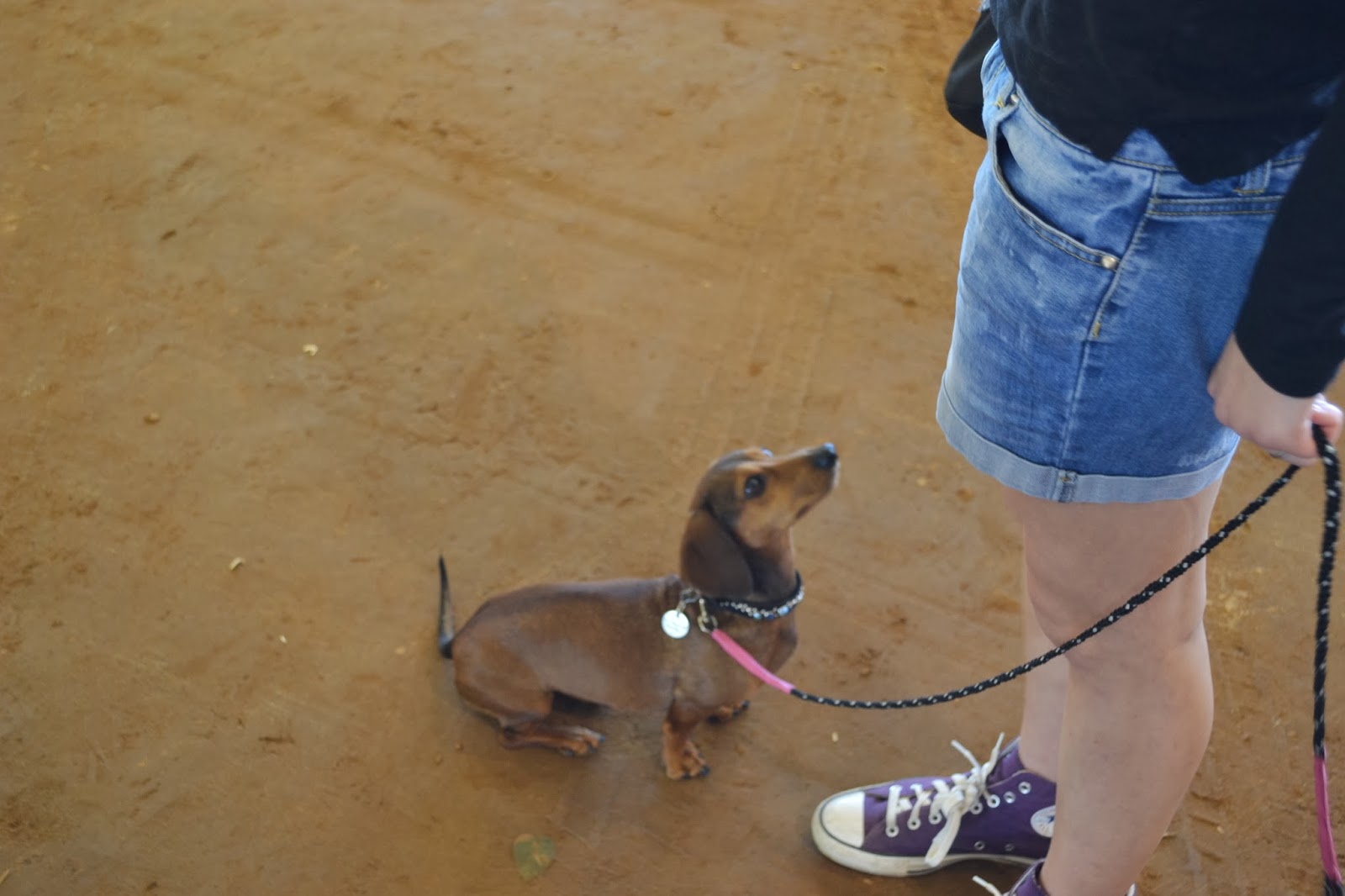 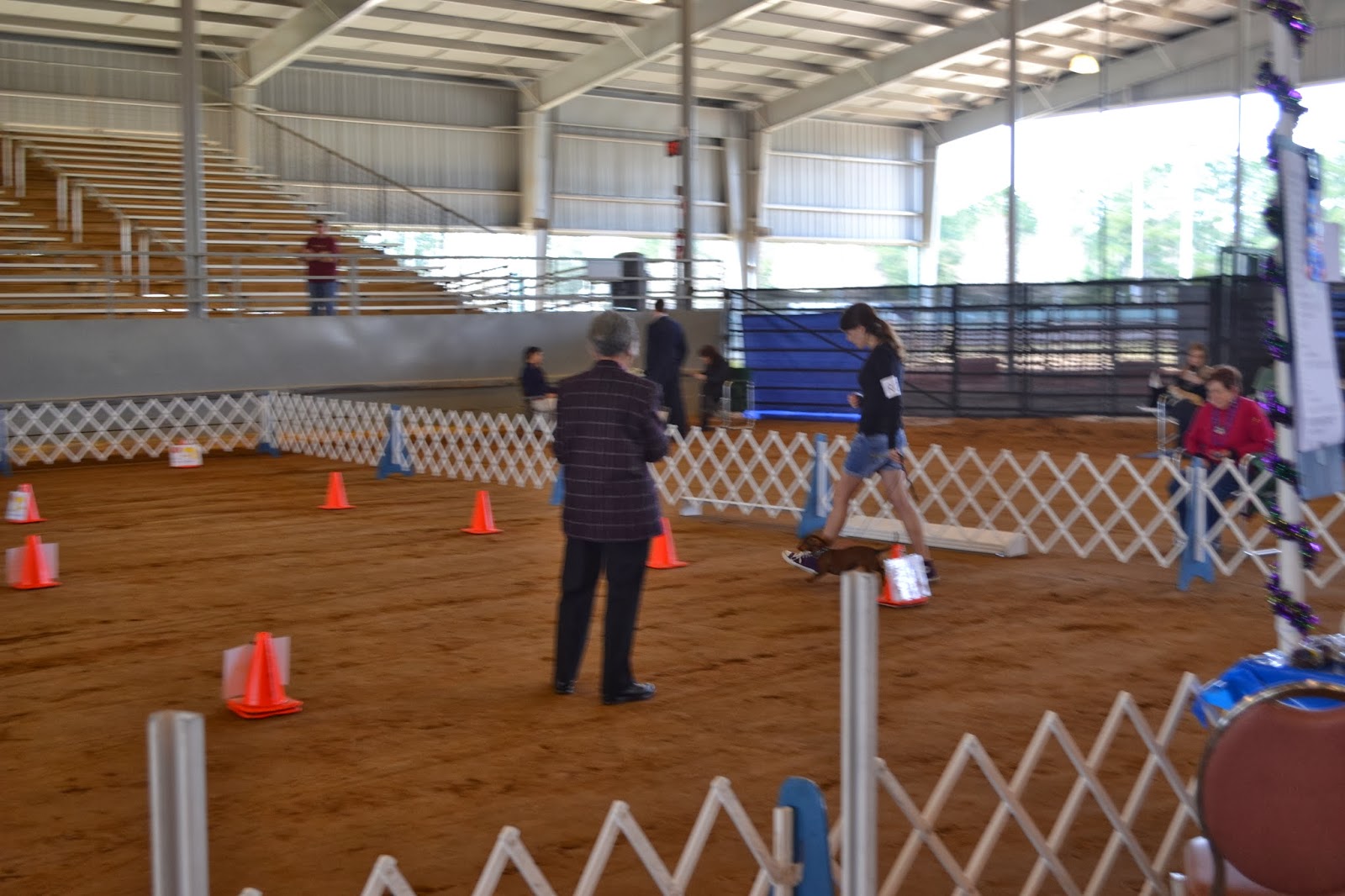 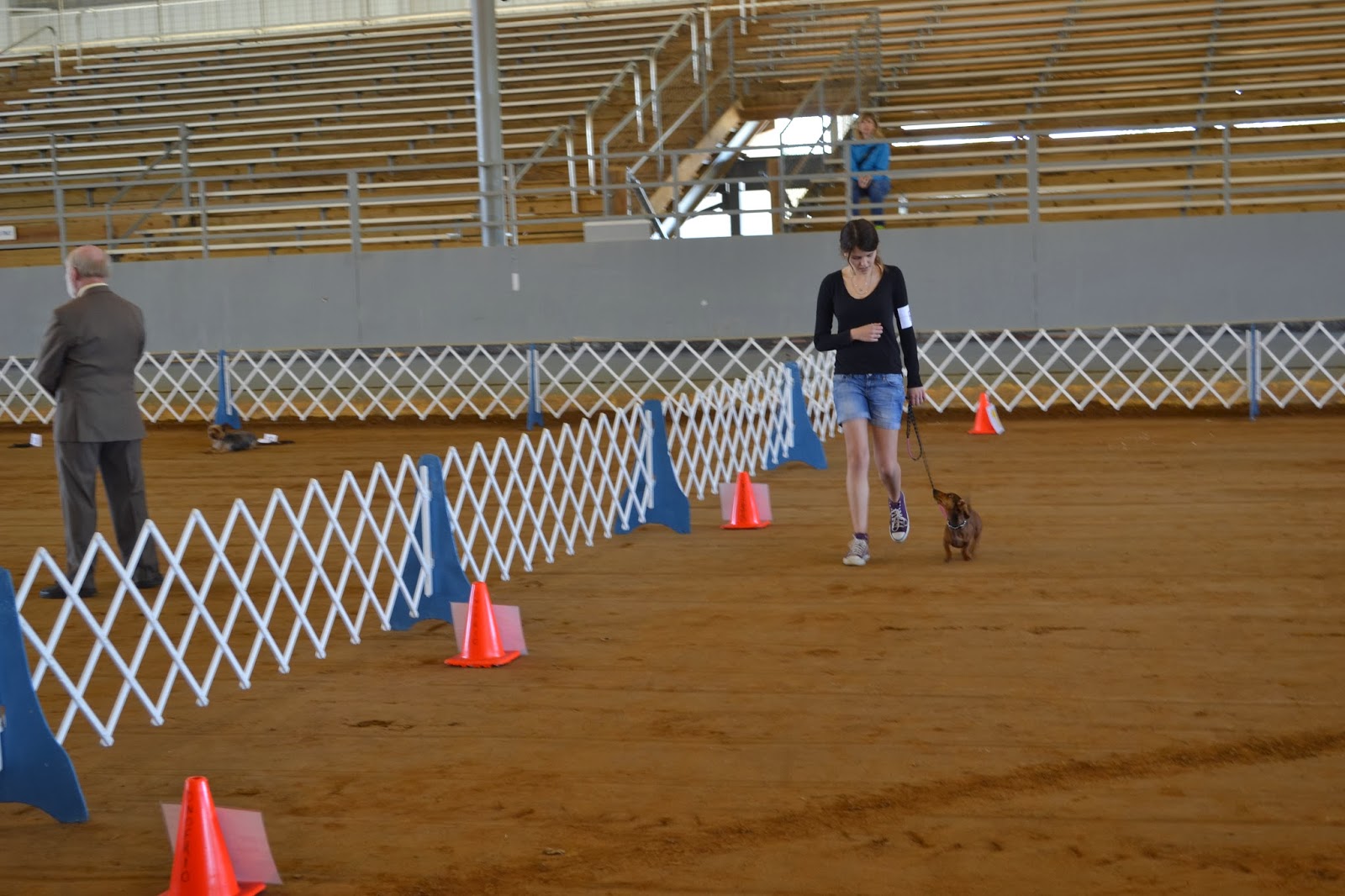 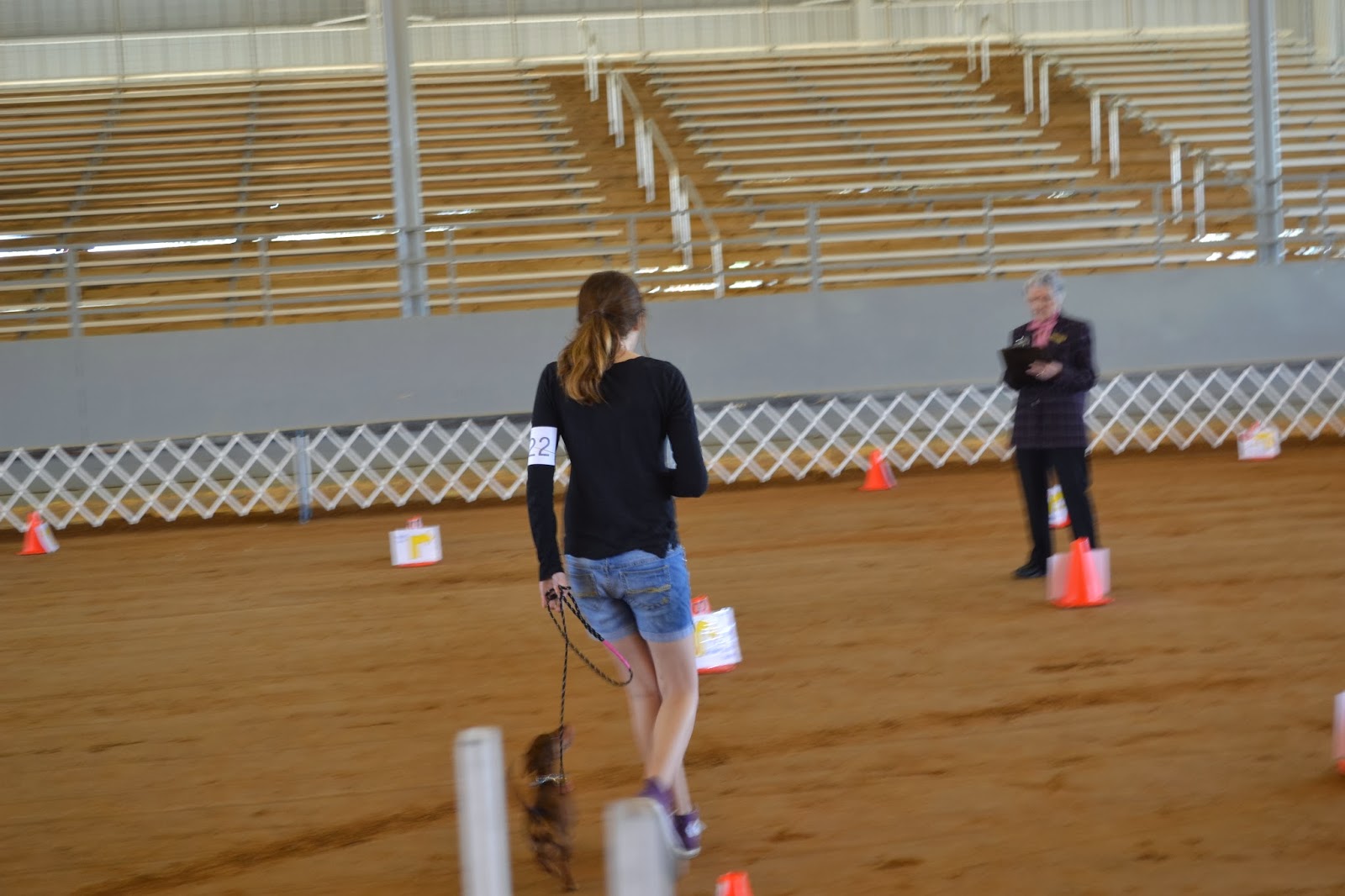 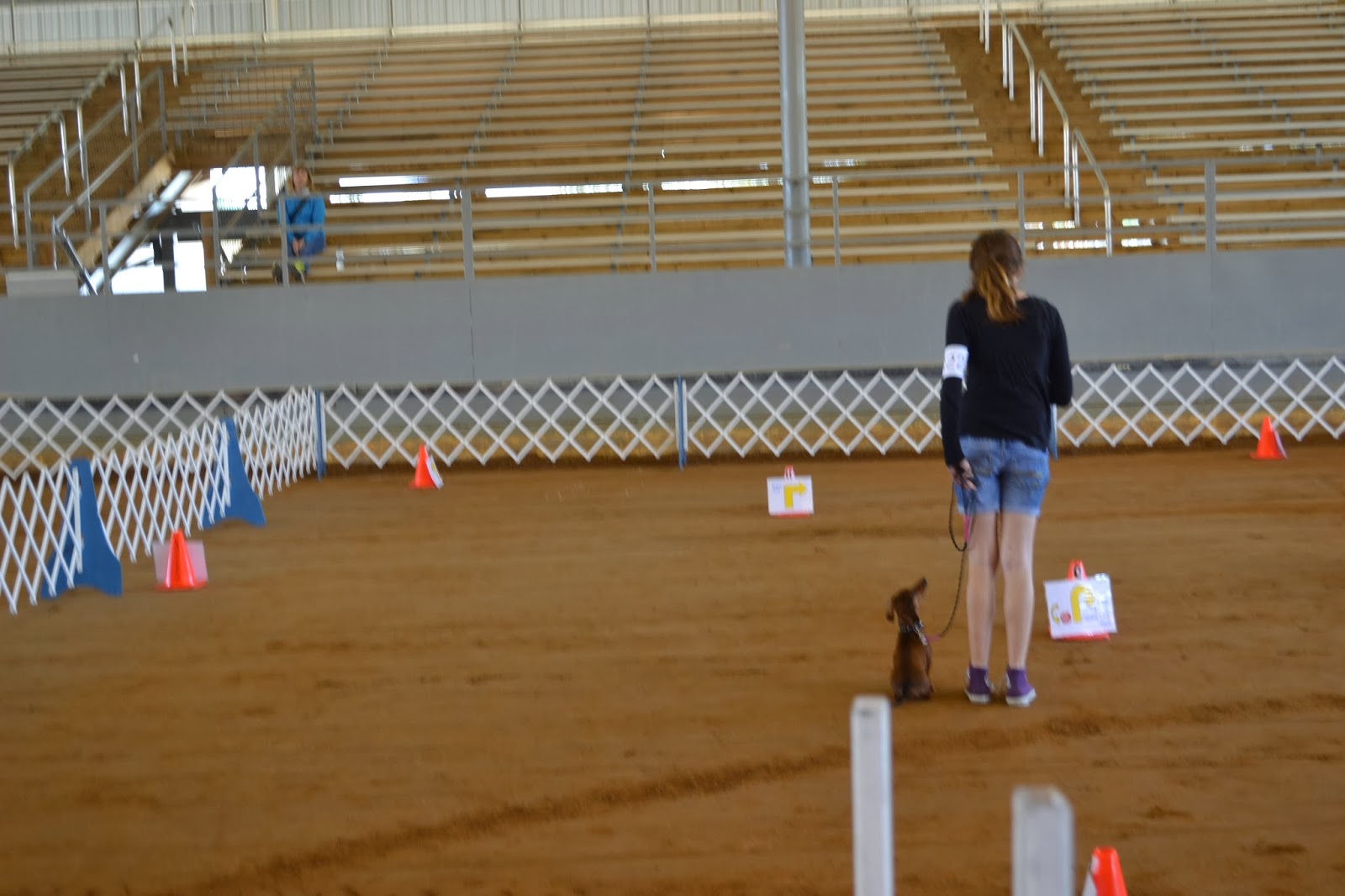 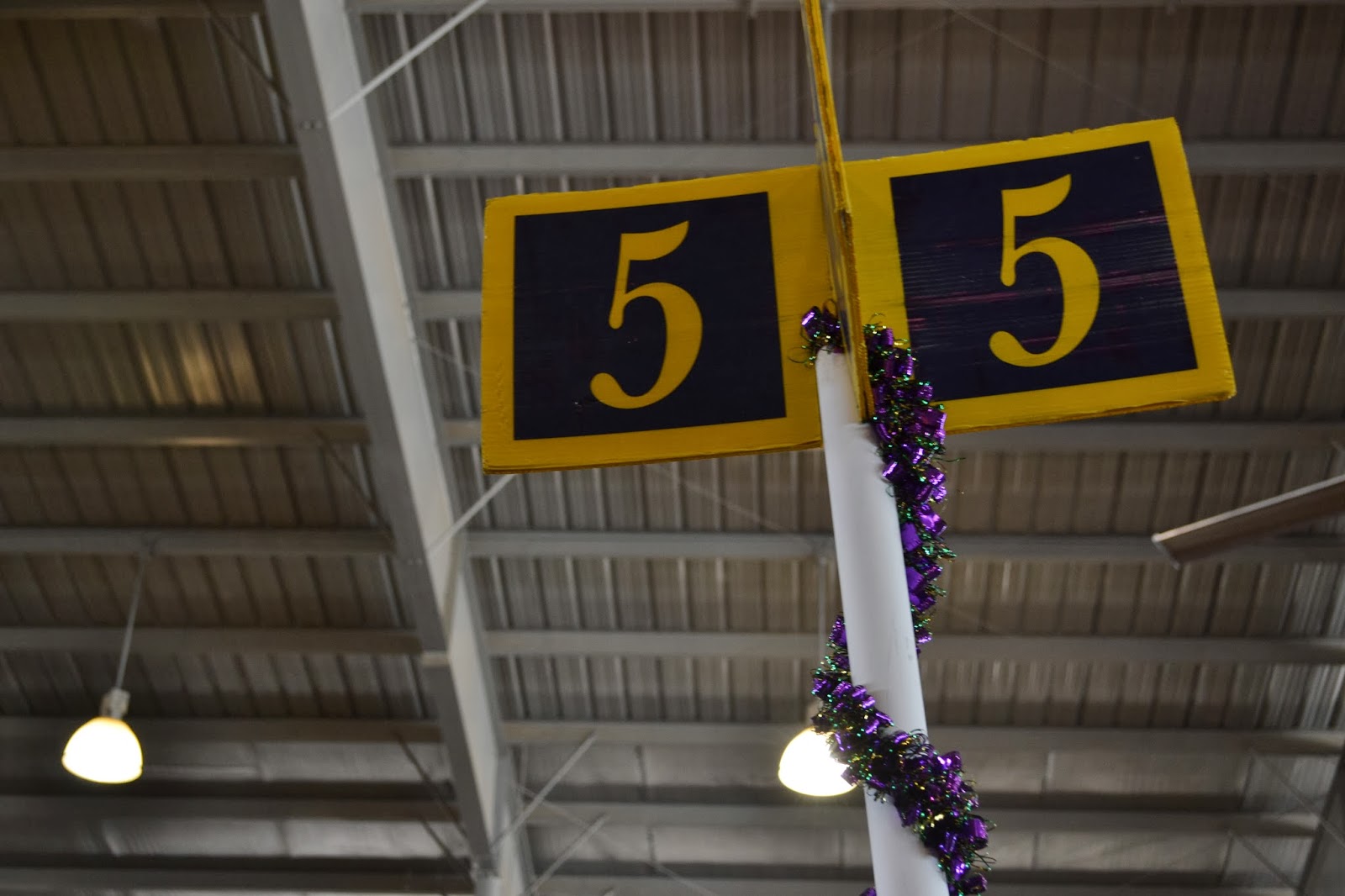 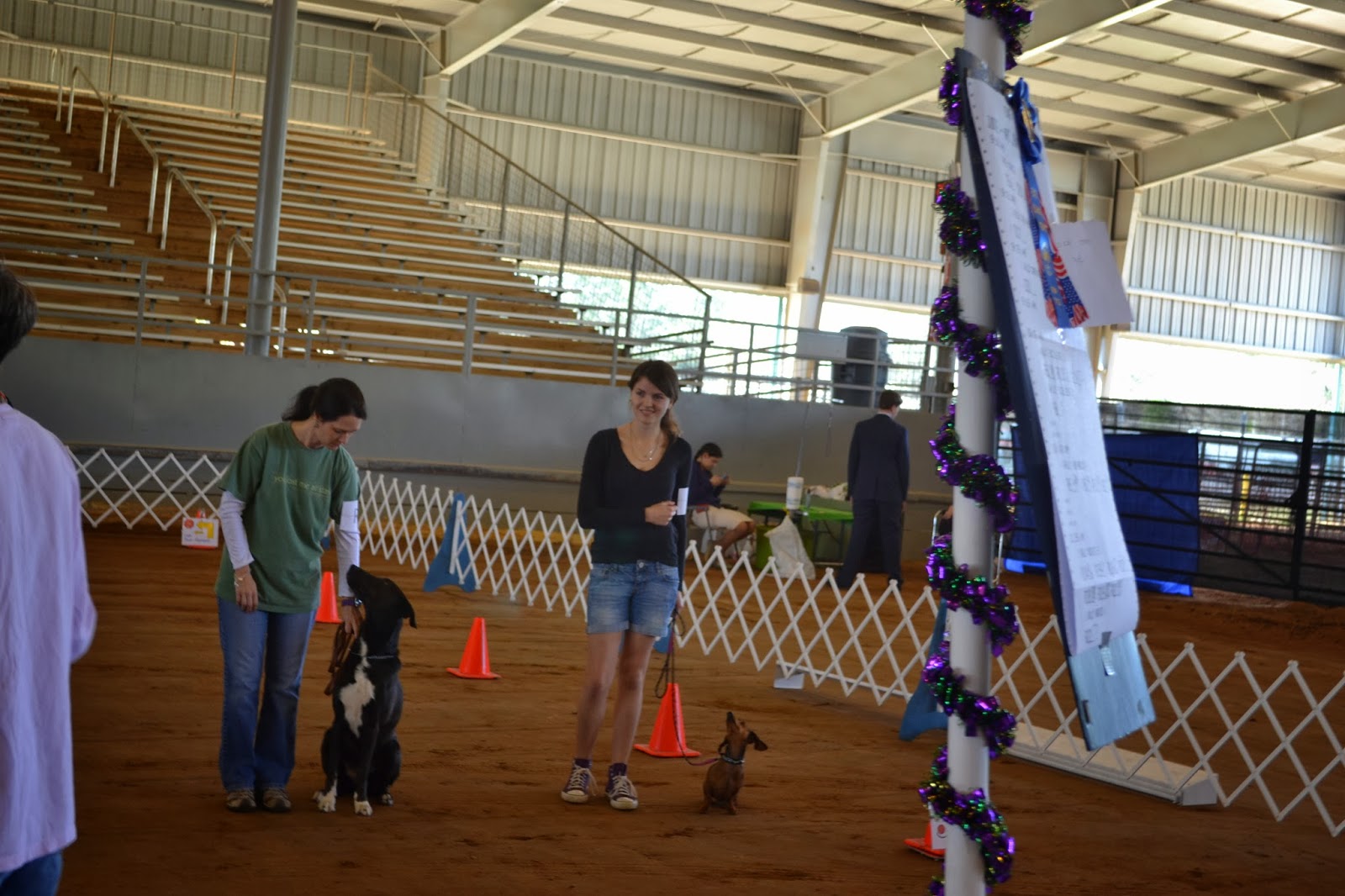 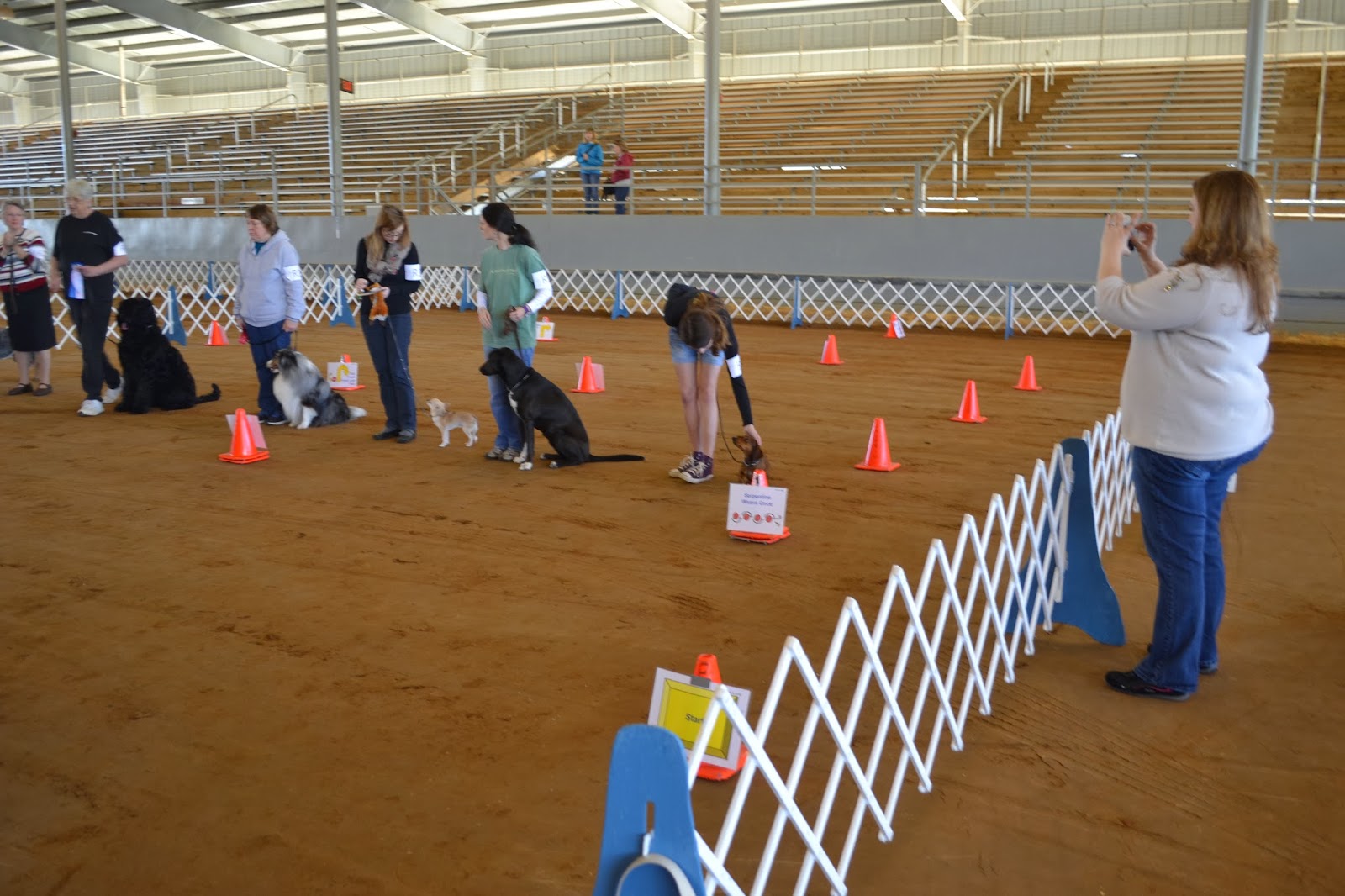 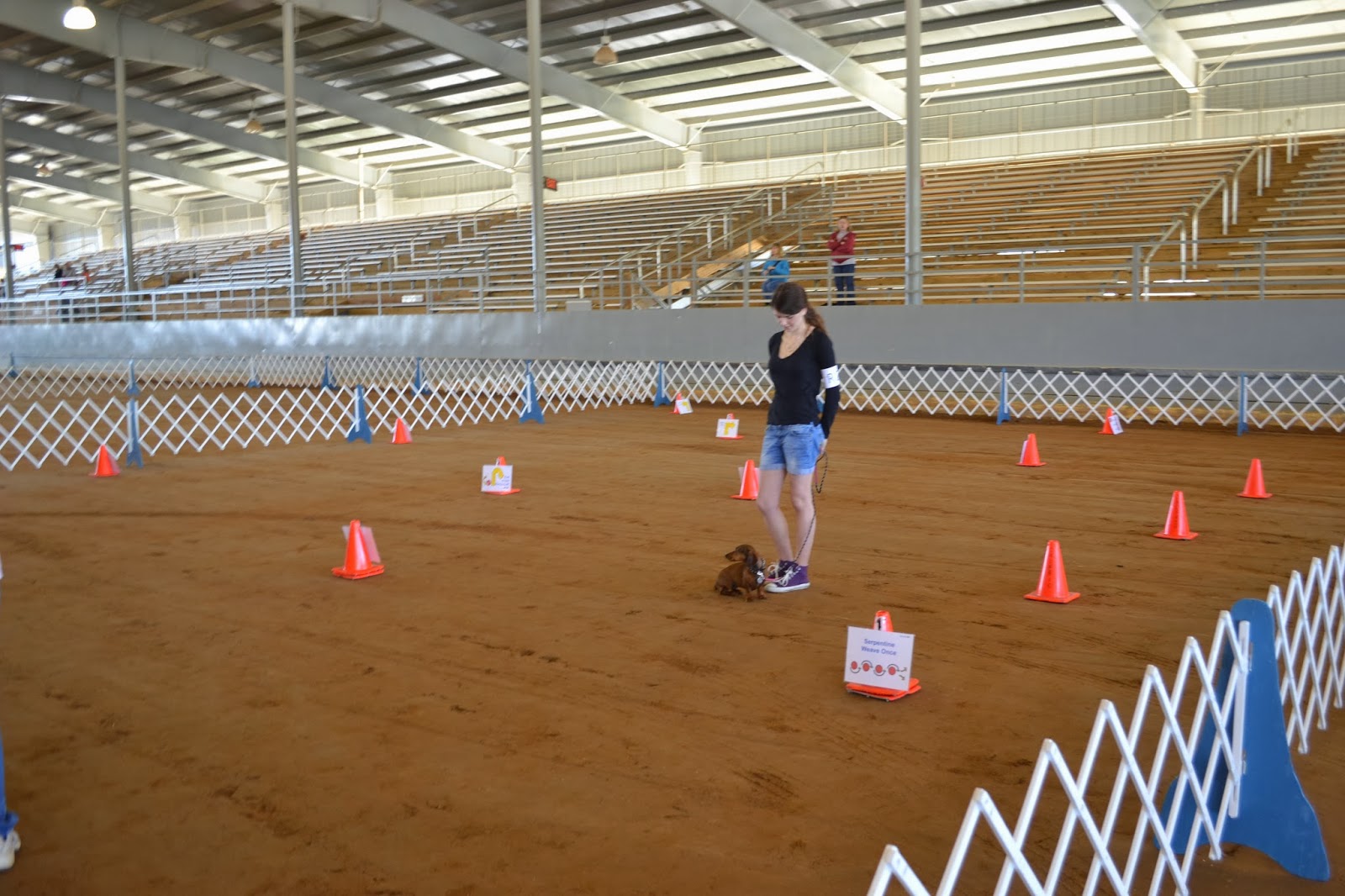 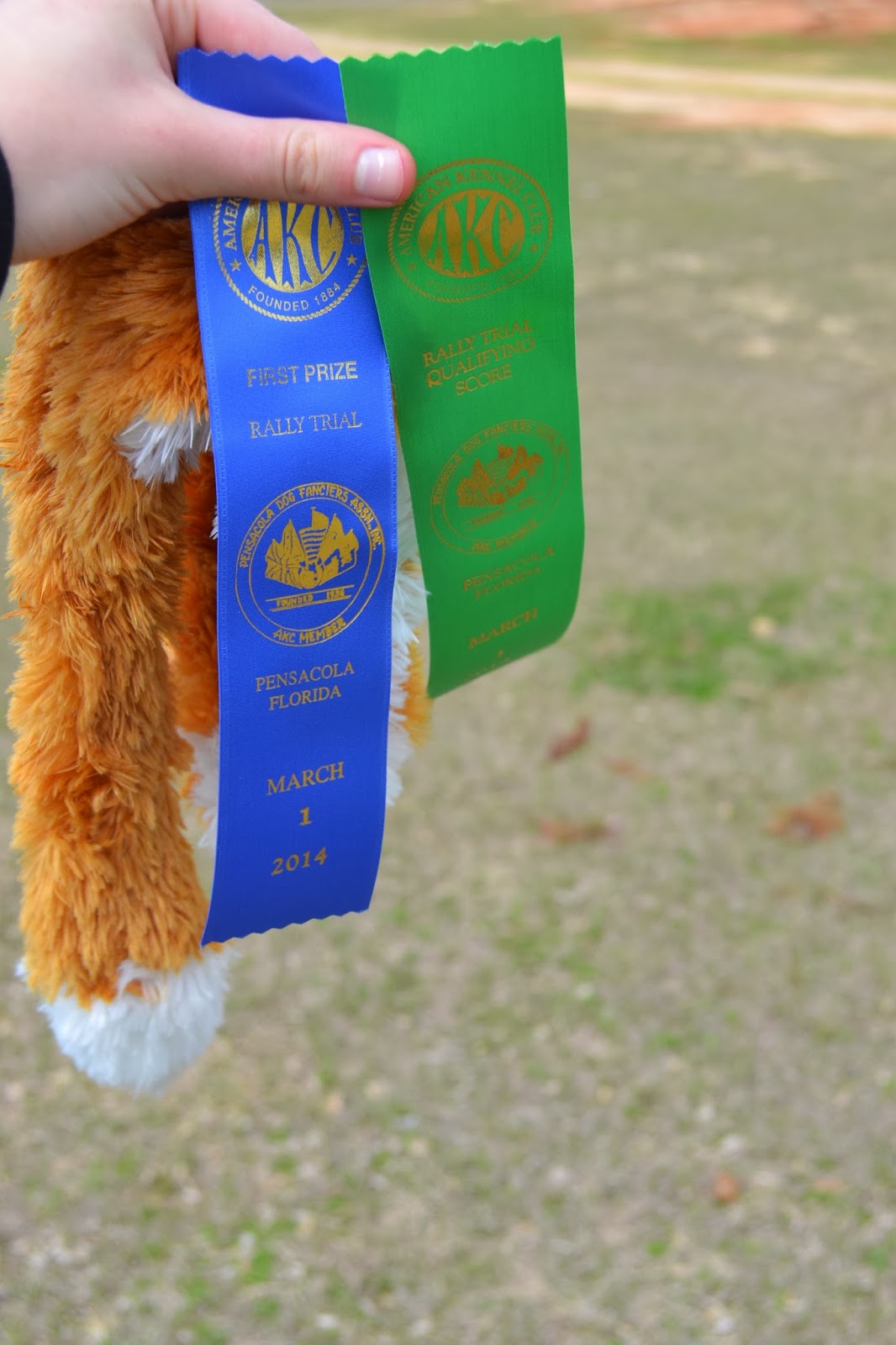 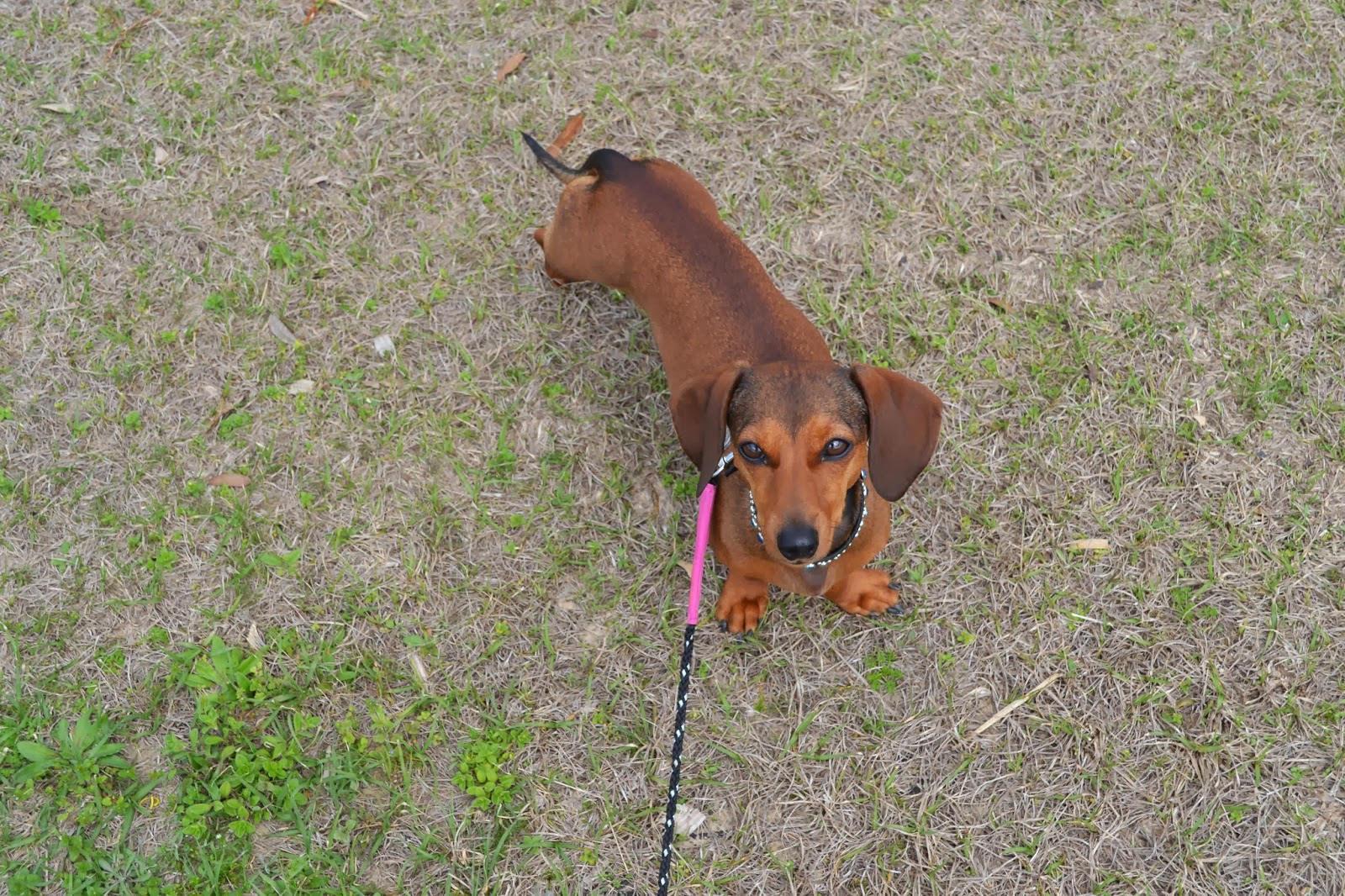 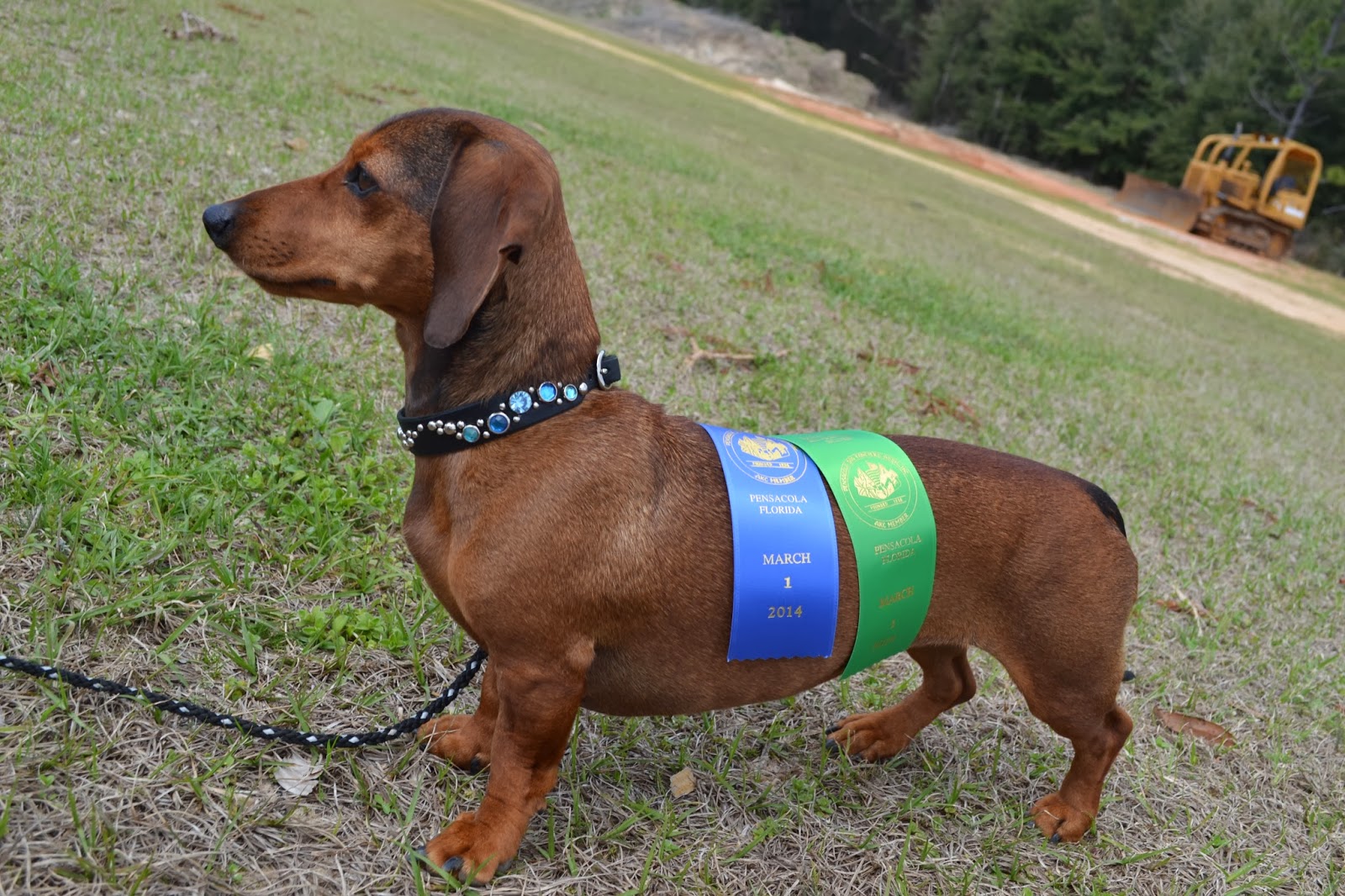 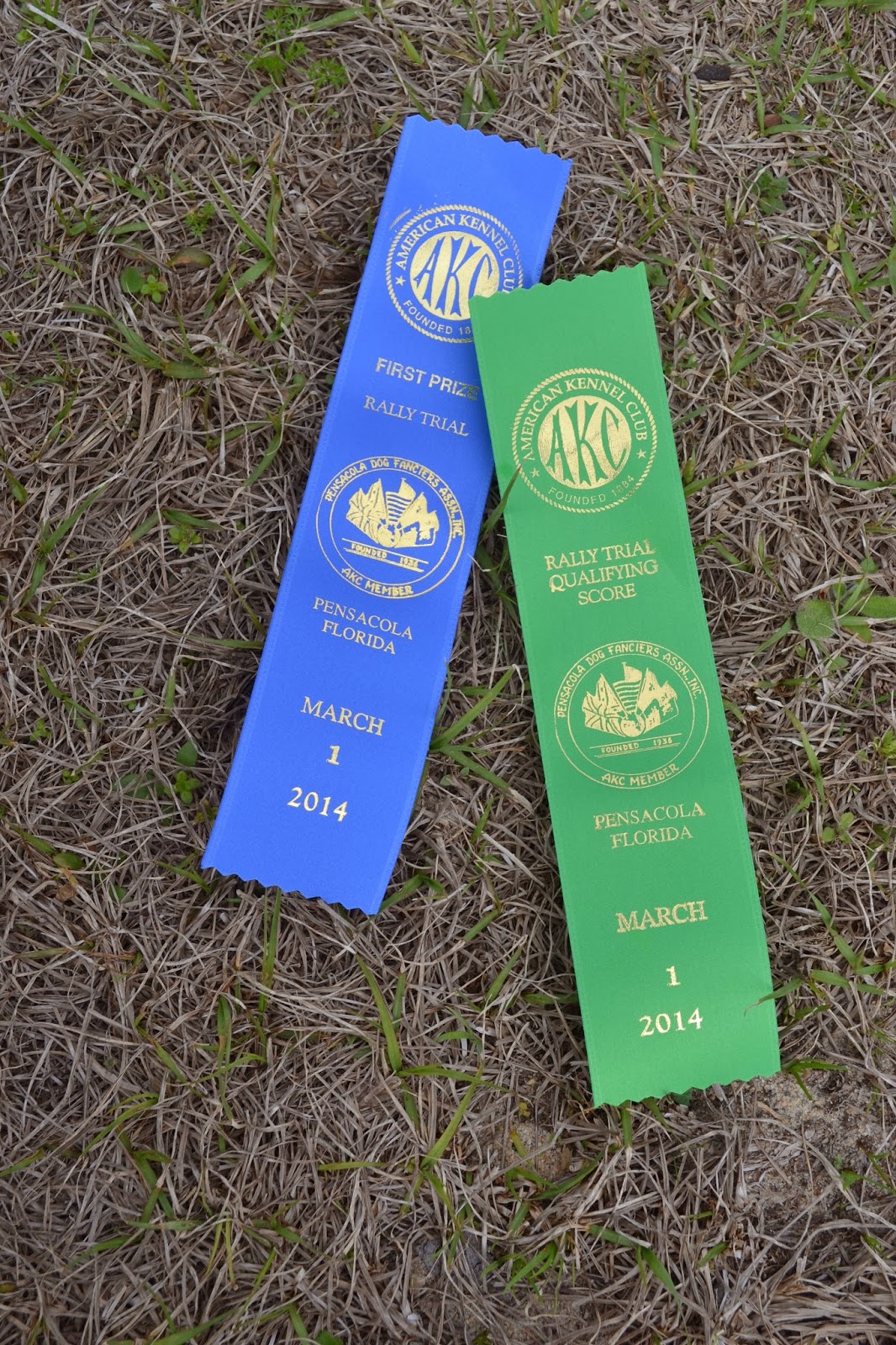 I loved Rally, and so did Nola. This is definitely a sport for us, and I hope to put her Rally Novice title on her by the end of the year, events in our small area permitting. You need three "legs", which are the times you do it, to earn the title. One down, two to go!