Bitches...It's Not Just For Dogs

Hey, y'all! Dachshund Mommy here today to tell you about our adventure to Snobs-R-Us  the Earthdog event we went to yesterday. Just a heads up: this will probably be a longish post!


Anyways, we went to an Earthdog event in Pensacola yesterday morning (and I mean morning. We had to get up before 6am to make it to the sing in on time). It was me and Nola, obviously, and Sweetie and Sugar acting as paparazzi. It was an interesting and funny experience, to say the least!

If you don't know, Earthdog is a sport for small terriers and Dachshunds that tests the dog's natural ability to go to ground and work the quarry. There are four "levels" or "classes" (this is important to know for later), and they are:

Nola was entered in the JE portion of the sport for a couple of reasons. 1) Your dog doesn't need to do IQ to enter JE 2) We traveled for about 3 hours, so I wanted Nola to have the chance at earning a point if she passed this. I'll just give a quick overview on how that went before I start telling you about the rest of our experience.

Nola was very quick to go into the ground once I released her, but came out after about 30 seconds and came right back to me. I could almost see her saying "I found it, it's boring, and not worth my attenion. Where's my challenge, Mom? What's next?!". She didn't qualify, but I am more than okay with that! This was just to see how she'd do, and to be totally honest I didn't expect her to leave my side at all. I know she totally grasped the concept, but to be perfectly honest the sport is a little slow and boring for her intelligence level. This experience simply confirmed my instinct to pursue sports were we work as a team, such as Rally-O and Agility. I would still like to try lure coursing with her, though!

Nola is a highly, highly intelligent and active dog that needs a lot of variety and stimulation in training. Like most intelligent dogs(there is an enormous difference between a smart dog and a biddible dog), Nola gets bored easily. I can't do a lot of repetitions when I train her, since she gets bored and wants something more challenging. Thankfully she doesn't need too many tries to have it down! Earthdog, while engaging, isn't a mentally stimulating activity, and as such it wasn't something Nola enjoyed doing too much.
She's also very handler focused and handler oriented, and wants to work with (never for) me. Earthdog is something the dog does 100% on it's own, with no interaction from the handler. Nola thrives on interaction. She also lives to preform, and in a dark underground tunnel where no one can see her, what's a diva to do?
See why my expectations weren't too high? But you never know for sure if you don't try, and it was a fun experience! I'm glad we did it. :) 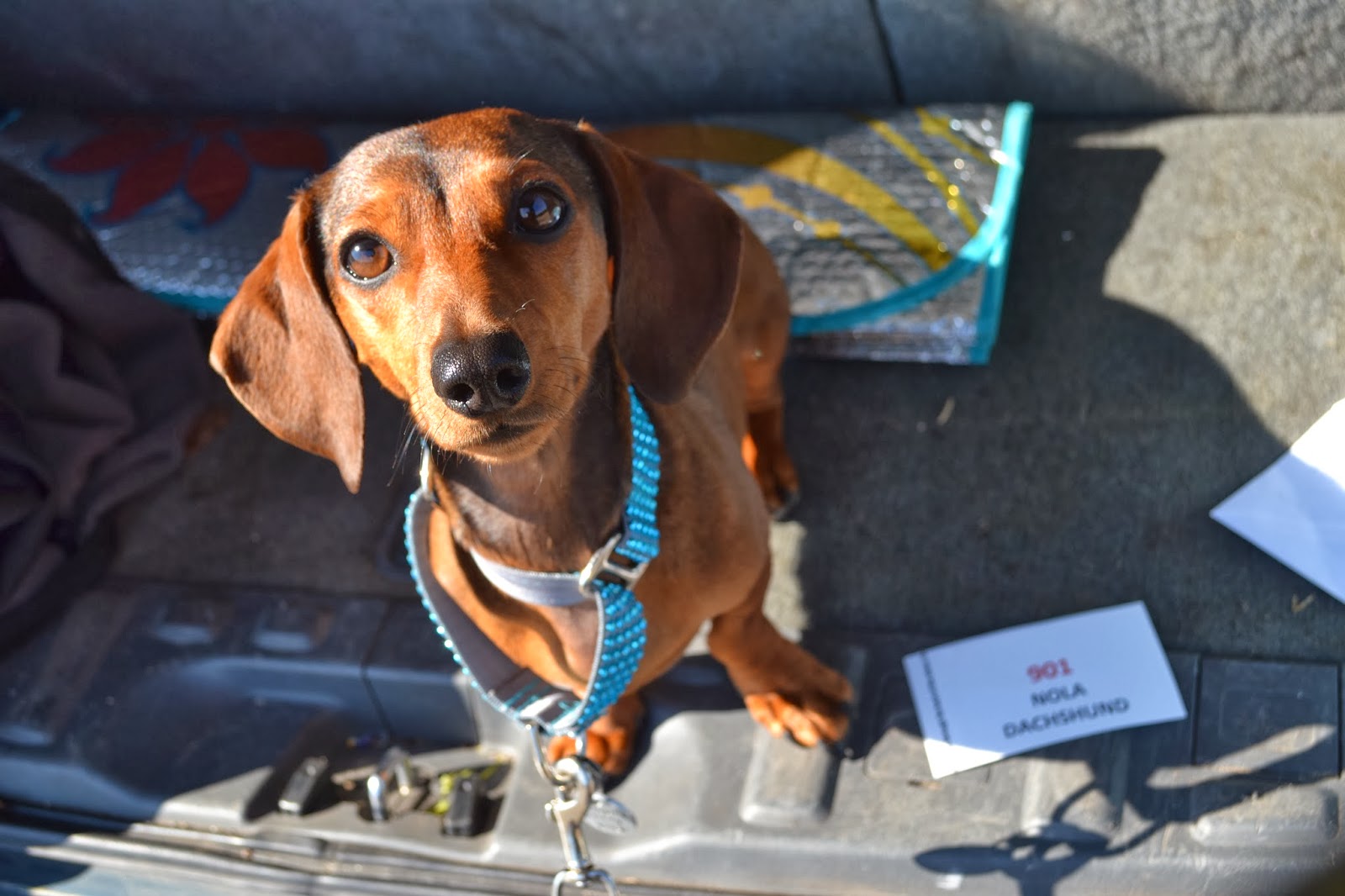 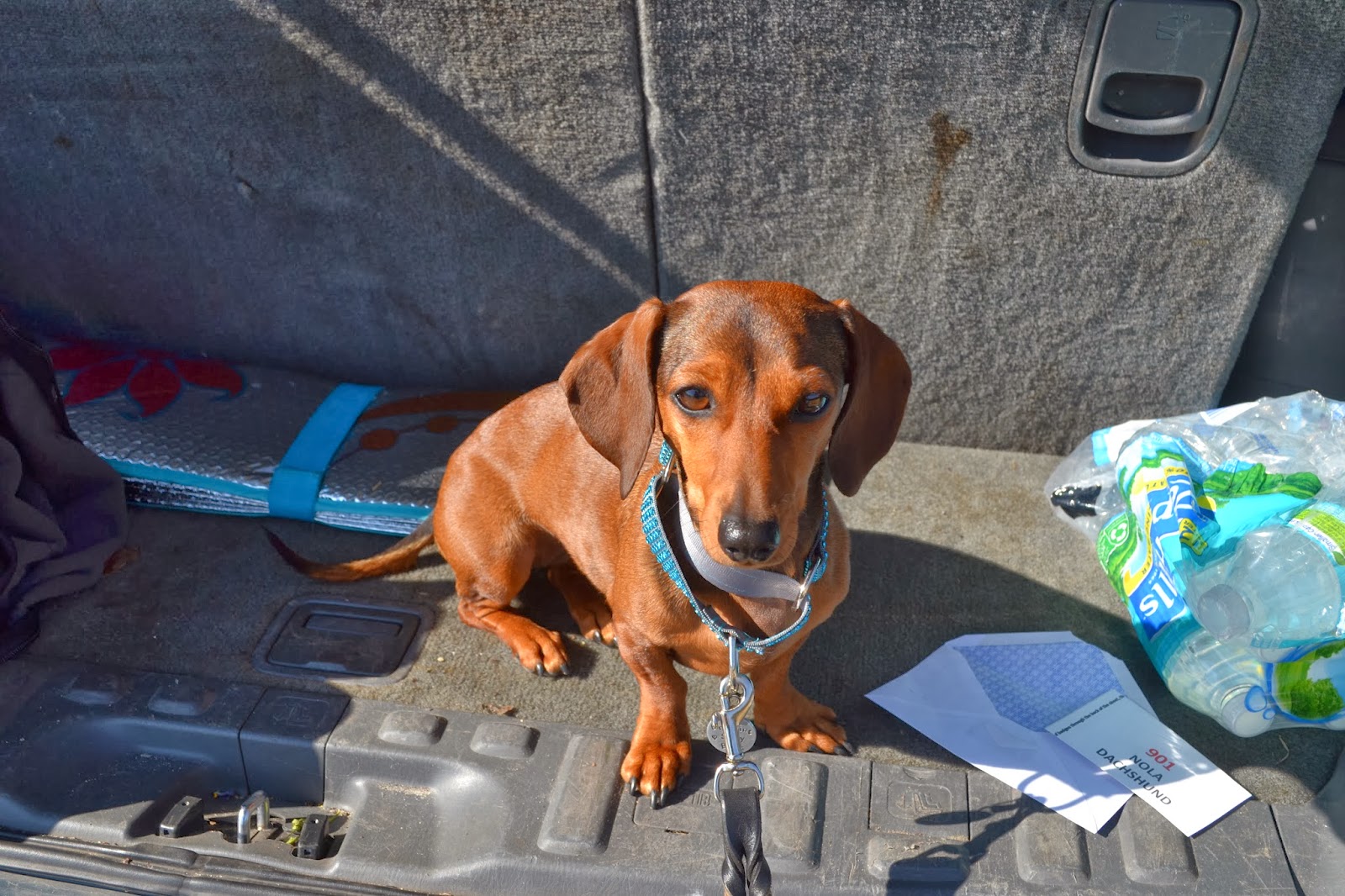 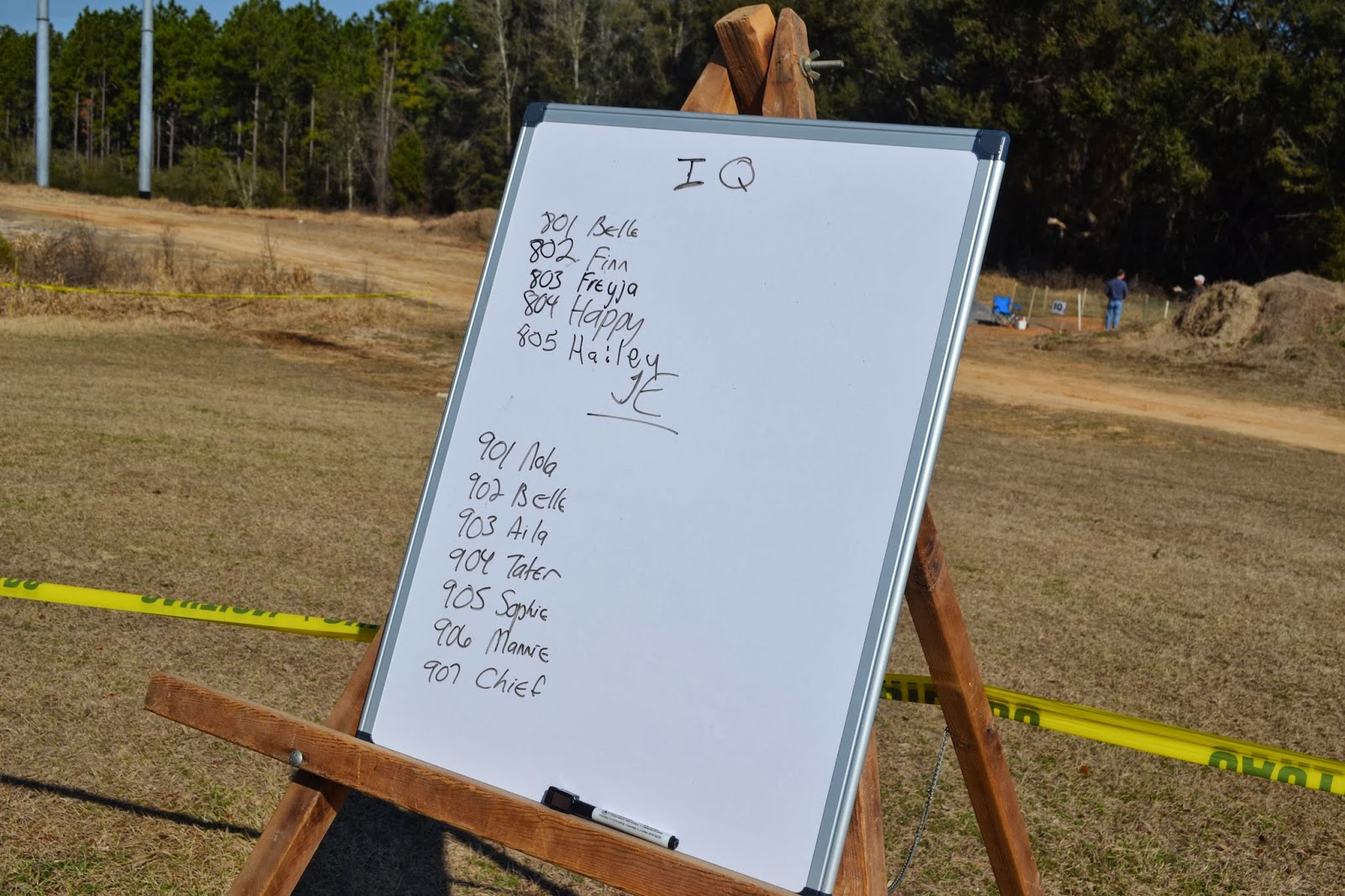 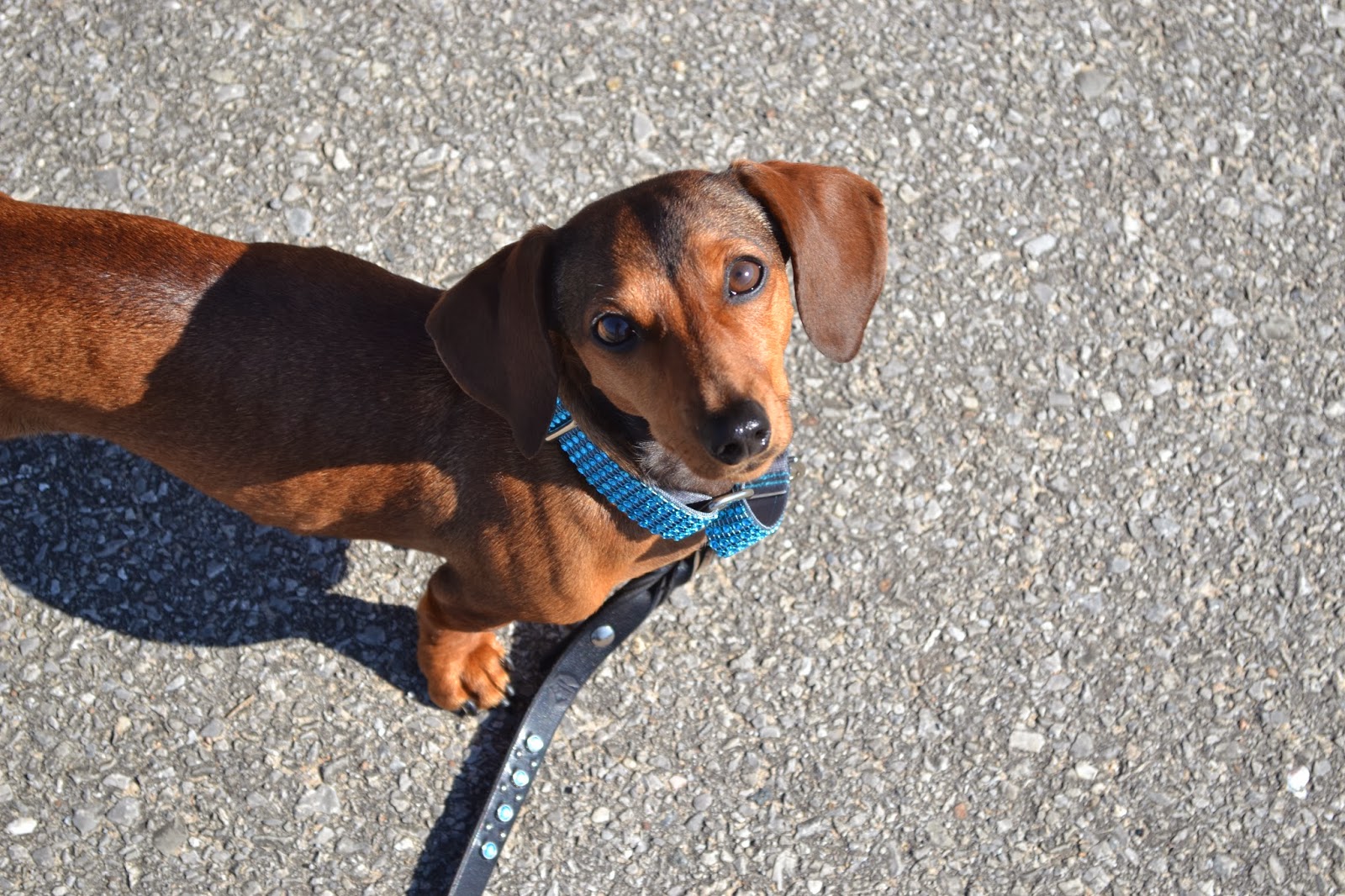 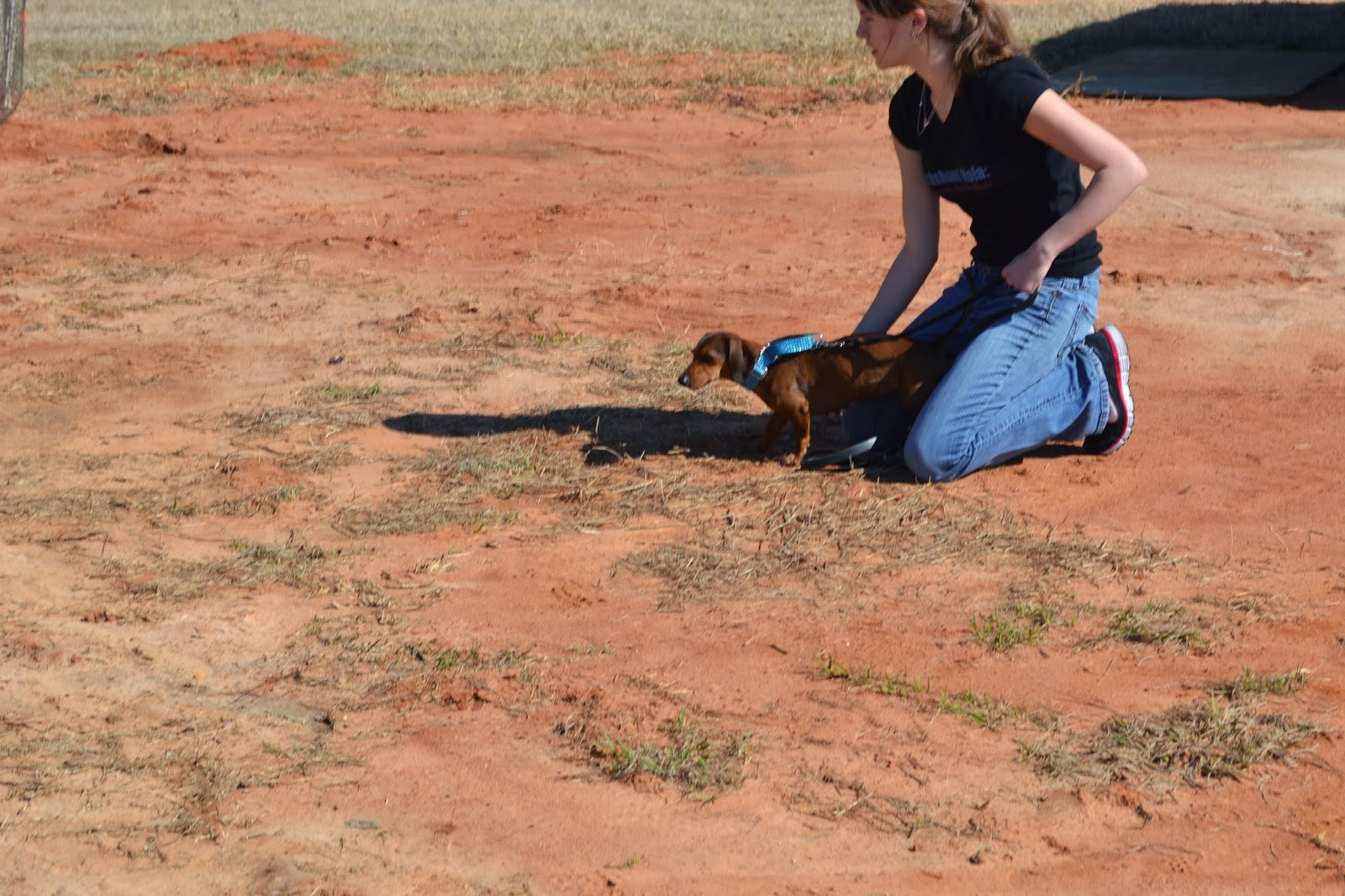 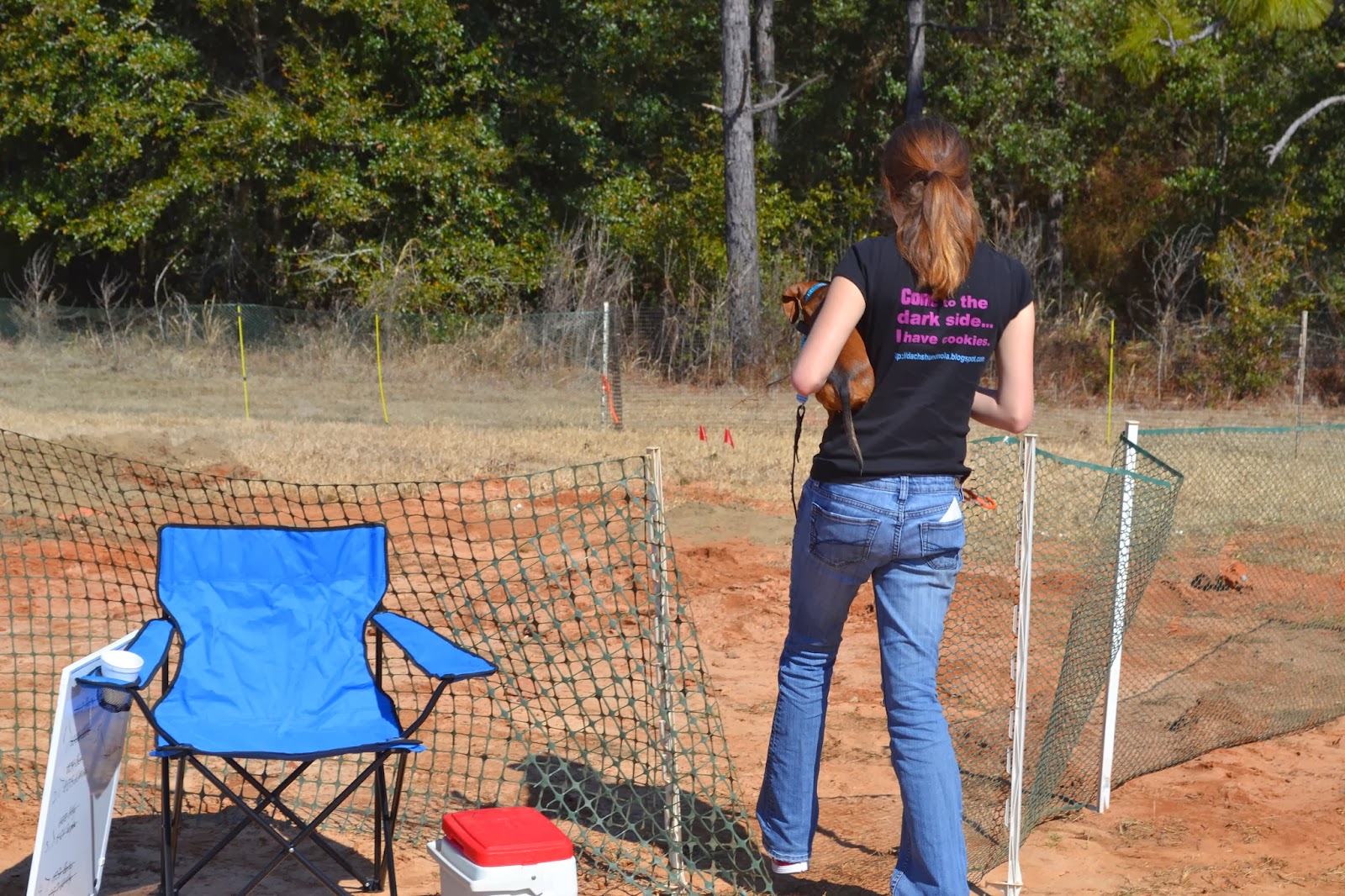 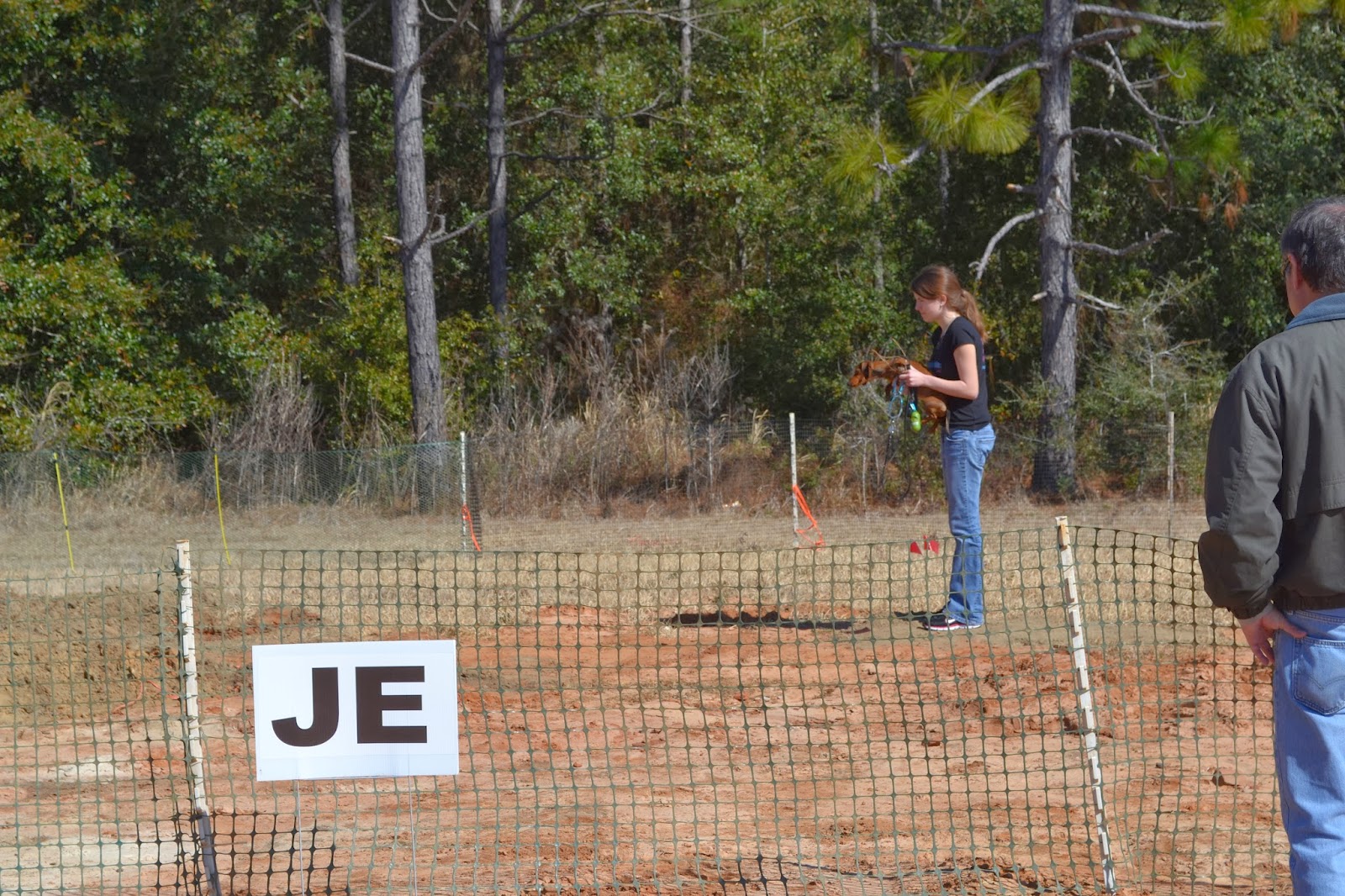 Now, onto the mishmash of snobs and tight asses we encountered on this little jaunt. If you do dog sports and are one of "those people" (you know the type, but feel free to read below for a full rundown), then you may want to leave now. I'm going to be quite honest, and I'm not sorry for feeling this way. If that offends you, you're more than welcome to leave.

I have never in my life encountered so many rude, unfriendly and socially inept people as I did yesterday. From blatant rude and patronizing comments to superior looks and tone to outright intimidation tactics, it was bedlam.

First, I was chastised twice for carrying a treat bag on my hip. Treats and treat bags are not allowed inside the testing area. Okay, sounds reasonable right? And it would've been fine, had I had had it inside the area. I had it more than 30 yards away from the test sites in the general milling about area and around the outside of the buildings, where it's perfectly fine to carry treat bags. I treat each outing with Nola as a training opportunity, and as such I carry treats wherever I go with her. It's not your concern if I have a treat bag or not outside of the testing area.
The first time was by some very seedy guy coming right up to me (he couldn't have been more than 6-8" from me) and "explaining" that I couldn't use a treat bag in the ring. I told him I was fully aware of that fact and had read the rules and regs. Nola, the tasmanian devil, helped him on his way with a low growl and standing her fur on end. She is a very good judge of character.

Second, I may be younger than everyone in attendance, but I deserve to be treated with the same level of respect as everyone else. Do not treat me and talk to me like I am a child. I am your equal (although I'll admit to feeling like a superior around those people) and I demand to be treated as such. Don't look down your nose at me, dumb down your little entry speech, and don't go over every obvious rule and aspect of the event with me if you're not doing it with the rest of the entrees who are in the same class and Nola and I are.

Third, chill out. Calm down, chillax, take a chill pill, whatever. Don't get your panties in a wad because I entered a class you wouldn't feel comfortable putting your dog into. It's my time, money and dog, and I'll enter whatever class I damn well please. Don't tell me I shouldn't do xyz because you didn't do it. And don't bitch about the collar my dog's wearing simply because you prefer your dog in a different kind. If my dog didn't slip collars except for martingales, I wouldn't have one on her. Her collar is within the rules of the competition. Get off your high horse.

Fourth, holy crap people it's just a game! Yes, it may be some people's passion, and that's great. That's awesome, actually, and more power to you! But at the end of the day, it's a game. A game is suppose to be fun and enjoyable for both you and your dog, regardless of the outcome. It's human nature to be disappointed when you don't win. I get that, I really do. I feel the same way sometimes. Regardless though, don't be a sore looser.
I was appalled at how some these handlers take the fact that their dog didn't qualify. This one woman yanked her Dachshund (who'd just finished or was still nursing puppies and probably shouldn't even have been there) into her arms and dug her fingers into the dog's chest and squeezed hard when the dog didn't qualify. Another woman repeatedly yanked her dog's leash and bitched to it when it didn't qualify, before promptly shoving it back inside it's crate. The other dog she entered did qualify and it was sad to see how much better she treated that dog. How you can treat their dog like this simply because it didn't do what they wanted it to is beyond me. Nola didn't qualify either, but I praised her and cuddled her because she did good and is always a winner in my eyes. I had a good time with my dog, and my love and affection for her doesn't depend on how she scores in a trial. She's my companion first, performance dog second. She's my pride and joy regardless of how she does, and she's not my accessory and ego boost.
This next encounter ties in with the next paragraph. The second lady described above walked past where we were waiting for our turn once her dog was done. Sweetie asked if the dog had enjoyed herself, and in a furious tone the woman replied with: "she would have been better if she'd actually done it right and qualified.".

And fifthly, this is the south. We're friendly here. You should try it. When someone compliments your dog, smile and say thank you instead of glaring and saying nothing. When someone asks you questions, be friendly and open. If you don't have time, just say so instead of being a dick. Politeness and good sportsmanship is something my mother taught me and clearly yours did not. I suggest you start learning, as you have a lot of ground to cover.

Another thing that is worth mentioning was the discord between the majority of handlers and their dogs. The dogs wouldn't focus on their handler, or would cower and slink when around them. You could tell the dog didn't enjoy being with their person, and it probably has a lot to do with #4 on my list. Aside from Nola, the only other dog/handler team that looked happy and engaged with each other were a little girl (8, at the most) and her longhaired Dox.

And that is the end of my rant! Obvious the "you" is general. ;)

On a lighter note, our first Rally trial is March 1st! I have no doubt Nola will love this and do fantastic!

Posted by Dachshund Nola at 7:45 AM