Dear Santa and whomever else it may concern (creepy elves, Mrs. Claus, ect),

It's ME, Dachshund Nola. Listen, big guy, we gotta talk.
As you know since you're creepy and are ALWAYS watching...., I've been a very good girl all year long. I mean, did you really expect anything else? Okay, so there was that one time that happened several times where I got on the table to steal food. And there was that other time when I humped Augustine's head for three solid minutes. But that doesn't count, since we're in the south. You probably wouldn't know about things like that, being a northerner and all, but it's okay to do stuff like that down here. Anyways....oh, crap. I didn't tell you about that time I got out of the fence and knocked on the front door, did I? Maybe Mom told you; I gave her "a big fucking scare, you little shit!". Really though, you should be proud I have enough manners to knock. Oh, and I forgot about the time I stole all the chewies and hoarded them under Mom's MY pillow. Oh, and let's not forget- wait. Never mind that.
You know what, this is YOUR problem! You're quite vague on the "naughty" and "nice" thing. How am I suppose to know what counts as "naughty" and what's "nice"?  I mean, it's different for each person and dog, so really, you should be a little more flexible with this.
How about a deal? You forgot about all the "naughty" things I may or may not have done, and I'll forgive you for being a creepy old man who monitors my every move. After all, don't you think "he sees you when you're sleeping, he knows when you're awake" is taking things just a wee bit too far?


Okay, good. I'm glad we got that cleared up. Water under the bridge and all that. Let's move onto my Christmas list. I'd like: 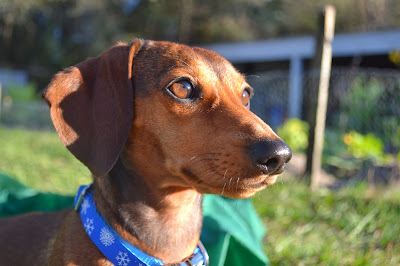