Today would have been Angel Charlotte's first birthday.


Dachshund Mommy: Charlotte's sudden and tragic death made and still makes me ill. Not only because Char was only 5 months old, and the she went from frolicking in the grass to dying in my arms in less than 24 hours, but because Charlotte was so much like Nola is was almost scary. Both so smart, beautiful, feisty, loving. I'm even more terrified now of something happening to Nola, my heart dog.

Charlotte has been gone now for longer than she was here with us. 6 months, 3 weeks and 2 days today. I can't believe that. What's even more shocking to me is that Phoenix is now older than Charlotte was. That idea isn't even conceivable to me.

As horrific and sad as Charlotte's passing was, it's taught me a lot. I've learned to treasure every single day, because you can never be such of what will happen next. I've learned to take lots and lots of pictures, even if they're of things that are, at the time, insignificant. To trust my instincts. To give as much as I possibly can.

Charlotte, we miss you. 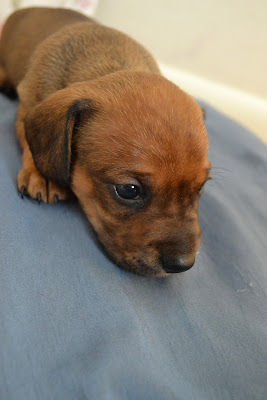 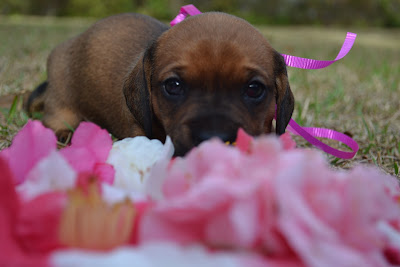 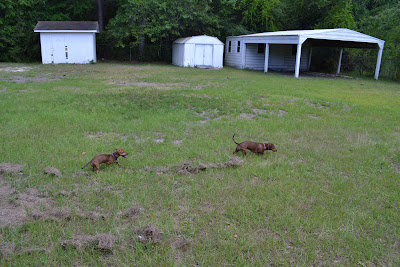 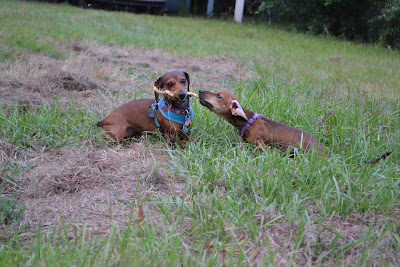 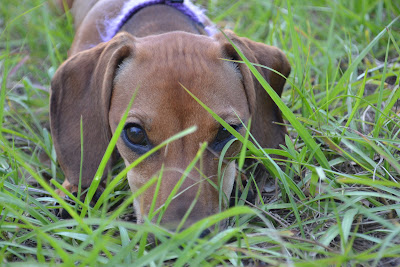 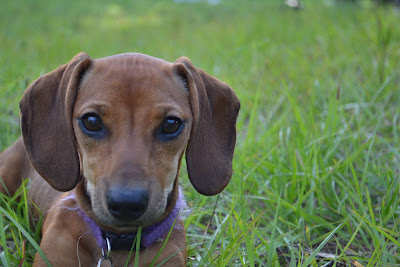 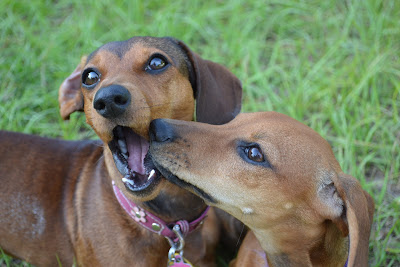 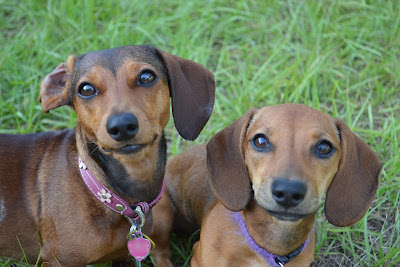 Posted by Dachshund Nola at 7:00 AM