CatDog was spayed on Tuesday and is doing quite well! She was not happy that she didn't get to each that day (the tech informed me that her appetite would be non-exsistant after the surgery...and then on the way home she nearly broke through her carrier trying to get to my burrito. Yeah, you have no idea how this cat eats, vet tech :p), but overall did well. Chipped and rabies vaccine, too.

She was also in heat, much to my surprise. There'd been no symptoms, since more of the tells of an in heat cat (loud, affectionate, ect) are just her normal personality. She wasn't any more obnoxious than normal, and since I don't have a male cat, I was unaware. Thankfully there were no complications despite that.

She did get to have the Cone of Shame the first evening and night, but the little shit quickly learned how to weasel her way out of it no matter how tight I put it on her.  She's left it alone since the first day, so now she's just normal. She's back to her usual already. 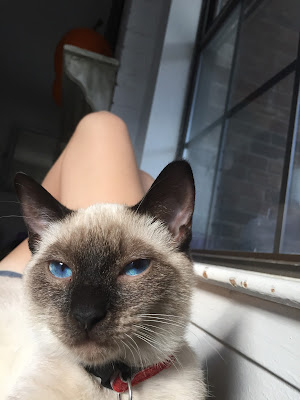 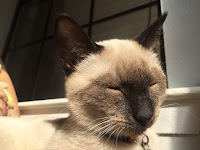 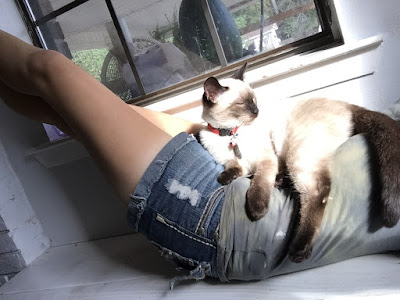 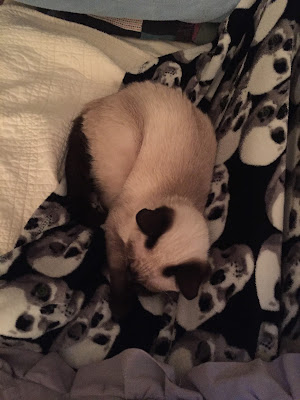