11 Things I Hope No One Hears Me Tell My Dogs


As fellow pet lovers, I think I'm in good company when I admit to saying some really strange things to my animals. From cooing baby talk to exasperated swearing, from plays on names to embarrassing made-up songs, I've been there and done that when I talk to them.
After reading Rebekah's post over at My Rotten Dogs about things she never expected to say before owning her gang of pups, I was inspired to share some things I really, really hope no one hears me say to my crew. Let's jump right to it! 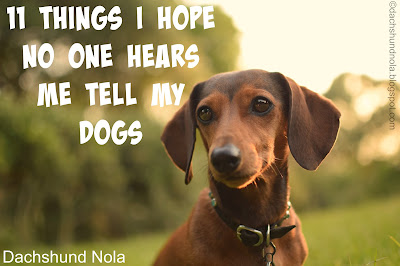 Used when Nola and Salem are playing. It's too hilarious to pass up.

This is what I frequently sing to Nola, and have since she was a baby. I am not musically gifted (to put it politely), but she doesn't seem to mind...or at least, she's grown used to it.
This is her bath/nail time song, her photo shoot song, her bedtime song...basically it's her theme song.

Random fun fact: the latter ditty is how this blog was named. 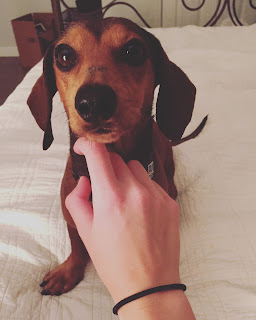 This one is all Pike, all the time. I love him, but he's a brat.

8. "Get your crotch out of my face. This is not a vision I wanted to wake up to. This is awkward, and I'm not into this kind of shit. Get off me!"

Nola is generally very good about staying quiet and calm in bed until it's time to get up, but sometimes she gets the crazies in her and decides that my chest and face would be fun to climb. Sometimes she slides to the side or I move, and well, I wind up with a face full of dog crotch. It's very awkward.

This is really gross and probably TMI, but I can't be the only one that deals with this. I have to say the above sentence if I fail to remember to put the bathroom trashcan out of dog reach every month.

Nola used to have a terrible addiction to underwear. She doesn't do it as much anymore because I'm no longer lazy about putting dirty clothes in the dirty clothes spot because she's just that good.

Said when I have some snack I really do not want to share.

3. "Please stop humping your brother's head. He can't breathe when you do that. Besides, I know we live in the boonies of Florida and it's common practice to do that, but just stop. We're not sinking that low."

Sometimes Nola gets a little...vigorous with humping Pike.

...Outlander is my weekly guiltiest of guilty pleasures. I may or may not have the above conversation with Nola every Saturday night. 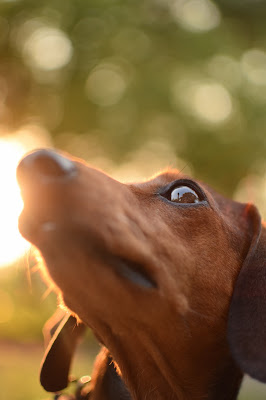 So there you have it! Those are the things I hope no one ever hears me say. What about you? Do you say anything to your pups you'd rather no one know about?