Things You Should Never Say to A Dachshund Owner

....and? Do you think my well behaved dog, who isn't even anywhere near you, is going to suddenly go ballistic and tear your face off?
No. That's not how that works. I was bitten in the face by a Dalmatian as a young child, but I would never in a million years tell a Dal owner that, especially right off the bat! I also don't think that a Dal is going to bite me just because it's a Dal!

4. "My brother/best friend/aunt/mistress had a Dachshund, but he was a lot..."
gestures with hands to show about a foot of space
"...wider than she is."

*cringes*
I hate this one. People are always boggled that Nola isn't fat, and if they aren't asking why she's so "skinny" (she is far from skinny), they're informing me of just how fat this dachshund they know of is. 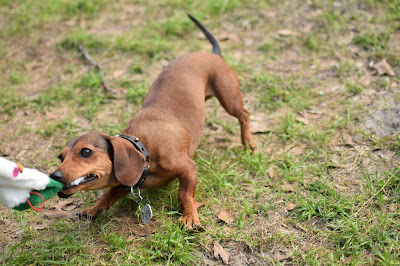 3. "My brother/best friend/aunt/mistress had a Dachshund. He was paralyzed from a back issue."

This one is just flat out upsetting, and is usually the first thing someone says. I know her breed has a high chance of IVDD and other back issues, I know there's a roughly 1 in 4 chance, I know, okay? I don't need you to bring one of my worst fears to the forefront of my thoughts. Or some variation of that. Yes, they can be loud. Hell, it's a full on symphony here anytime a firetruck or ambulance goes by. However, my dog isn't making a peep at that moment, and almost never barks in public. Therefore, you're wrong. That's a little more ranty than I intended, but those people bring out the worse in me. :p

This post is sponsored by Wellness® Pet Food and the BlogPaws Professional Pet Blogger Network. I have been selected as a Sponsored Blogger to attend the BlogPaws 2016 Conference on behalf of Wellness, however we only work with brands we love. BlogPaws and my Sponsor are not responsible for the content of this article. 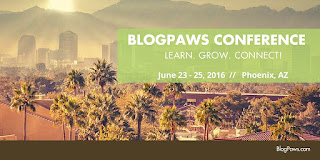 As you all know, Nola and I flew out to BlogPaws 2016 last Wednesday, courtesy of our awesome sponsor, Wellness® Pet Food. I'm going to give you a recap on the events! It inspired some post ideas I hope to get out in the next week or two, for sure! Let's get right to what happened at BlogPaws. It may be a bit long, so sorry in advance!

We left early that morning on a Southwest flight, and Nola did so well! I was anxious, so that made her a little twitchy, but once she was settled under the seat on the plane, she went right to sleep. We wound up sitting on the tarmac in Dallas for over an hour, and it was boiling hot, so that was quite unpleasant. The flight attendants were adamant that she would not come out from her carrier under the seat, despite the lack of airflow down there. So, whenever they weren't by my seat, I opened the zipper and let her hang the front of her body out of carrier, and simply pushed her head in and set my foot in front of the open carrier door whenever the flight attendants pass. No one was the wiser. ;) 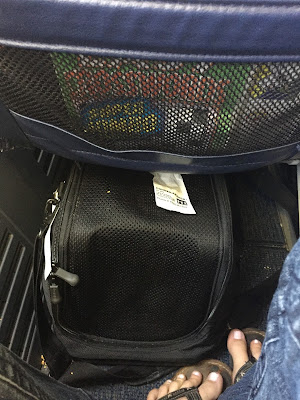 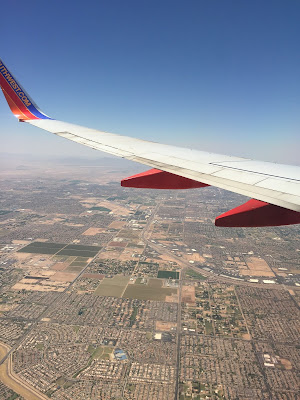 After that and a very confusing trip through the Phoenix airport, where I managed to get us lost twice, we took a taxi (Uber would not work for me) to the Sheraton Grand at Wild Horse Pass resort. We were greeted by two smartly dressed bellhops, had the car door opened for us, and our luggage quickly moved to a cart to wait for us to be ready. After checking in at the friendly front desk, and spying some fellow dog bloggers in the hotel lounge, we headed off for a lovely room on the second floor, a bellhop and our luggage trailing along behind us. Once situated, it was time to check out the suite. I've never stayed in a "fancy" hotel, and the room was quite nice! Large bathroom with a separate shower and tub, big bed, leather chair (that Nola decided was made just for her), flat screen TV, and balcony with a pretty view. Nola was thrilled to finally be out of her carrier, and enjoyed tearing around the room at a frantic pace as I unpacked.

It really wasn't that hot - or at least, not to a Floridian. Without the humidity, it felt cooler than Florida. 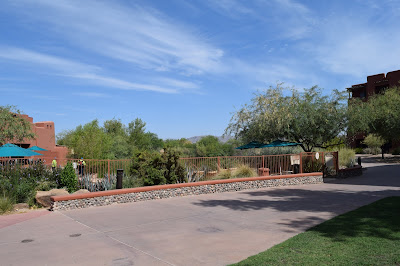 After a potty break, it was time to head down for tea with The American Animal Hospital Association, where we saw several familiar faces! Nola was a little cranky after such a long flight and lack of exercise, but handled it all well, including the PetSmart pre-conference dinner. I was having a rough time, totally frazzled from stress and exhaustion, so Wednesday was hard on us. I can't thank Denise from Denise's Dog Dish enough for how kind and welcoming she and her husband (and adorable Shasta!) were. They made a rough time bearable! 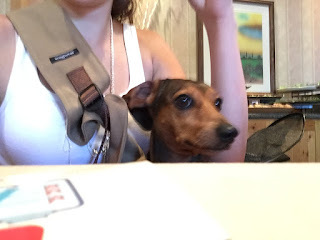 After passing out and sleeping like a rock Wednesday night, Nola and I were up fairly early Thursday morning. Remember, Phoenix is 2 hours behind our time, so our schedule was completely off. That was okay, though! We lazed in bed for an hour and a half, and then had a long walk around the beautiful grounds of the resort. After that we had brunch with Virbac and Mr. N and April from Tenacious Little Terrier, then attended our first session/workshop: Legal Dos and Don'ts. 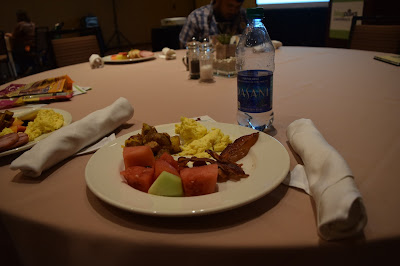 We sat with Mr. N and his mama, and Alison from Sarcastic Dog. Nola, who is usually very much a one person dog, really liked Alison, and even initiated interaction! That almost never happens with anyone apart from me and close family. The session was fairly well done, and Nola did fantastic, hanging out and napping in her stroller the entire time.


We peeked into the exhibit hall, and who do we see? Our sponsor's booth, Wellness! With Nola tucked happily into her sling, we made our way over to say high. Both the girls working were so friendly and welcome! Nola even snapped a pic with one of them. ;) 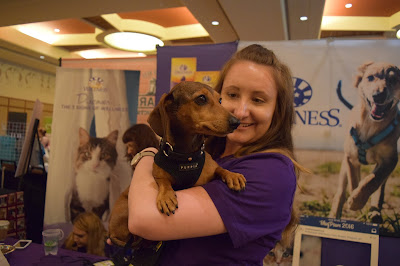 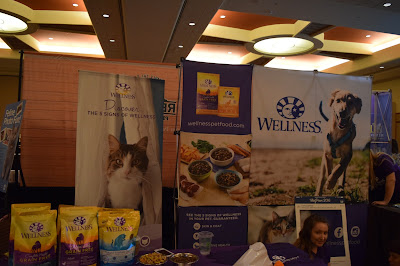 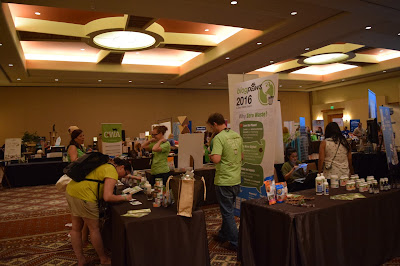 After going back to our room, it was time for dinner. The food was good the entire time we were there, and there was lots of options for gluten free, vegan, and vegetarian. We even got to have dinner with the Wellness ladies, and our Instagram friend TheBrokeDog. It was lovely to speak with them! Nola had quite the fan base at that table, as she sat comfortably in her stroller and politely behaved. From then on, we always got smiles and a friendly "hey, Nola!" when we saw them. :)

Then on Friday we had breakfast, three workshops, and lunch. That was a bit of a hectic day, but thankfully it ended early. Nola and I popped in on Sugar's early 15th birthday party, then went back to our room, ordered room service, and crashed.

And then Saturday happened, and I woke up so sick (period, but for me, it knocks me on my ass) at around 4:30am. Spent the morning puking, then shuffled myself and a very concerned Nola down to Wellness's VIP breakfast. Amanda of Dog Mom Days was so sweet to my sick self, and it was a nice and laid back time. They had great swag bags with some crack like treats that Nola goes nuts for, and a lovely breakfast spread.

After that, Nola and I headed up to our room for a little bit, came back for one short workshop, and then napped back in our room until the Nose to Nose awards. We had dine and were so excited when one of our favorite blogs, Montecristo Travels, won! We did walk the red carpet, as you can see here:


I couldn't have asked more from Nola. She did so, so well! Even when some other dogs were incredibly rude or people pet her (in her stroller and carrier....) without asking, she took it in stride. Such a good dog. 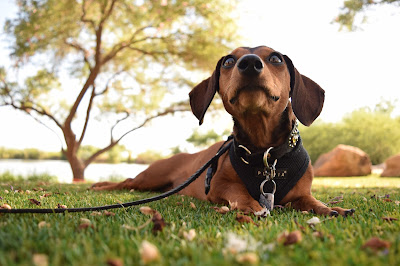 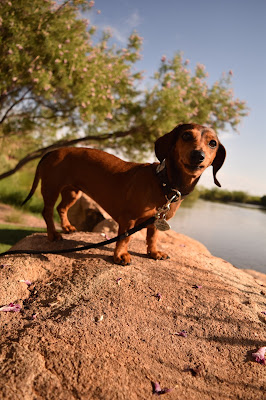 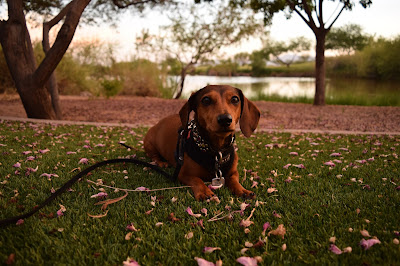 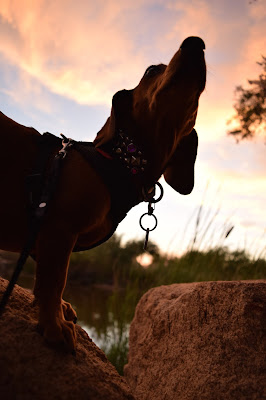 
This is a sponsored conversation written by me on behalf of BlogPaws Pet Influencer Network. The opinions and text are all mine.

Look for a recap of BlogPaws sometime this week, but for today...well, we're recovering. :p

We fly home today; I am still sick (that time of the month, for me, means crippling cramps, nausea/stomach issues, headache and body aches), and am not looking forward to this long flight. We have a bitch of a layover in Houston. Cannot wait to go home though!

Today's post recaps yesterday's BlogPaws events. The day overall went better - I wasn't as sorely tempted to hop on the next plane back home due to sheer exhaustion and being overwhelmed. ;) Still, I can't wait to go home, haha. Not to say I'm not enjoying myself, but Nola and I are both so. so. tired. Like full body drained exhausting.


Yesterday we had a brunch, then went to a 3 hour workshop (Legal Dos and Don'ts), then Nola needed a break so we headed back to our room for an hour or so for a quick nap and some yoga, then happy hour and then dinner. As I'm writing this, we're getting ready to go to bed, and I'm debating skipping breakfast so I can sleep a little more. :p Aside from that, I believe there's 3 workshops for us tomorrow and a short visit to the exhibit hall, then retiring early. 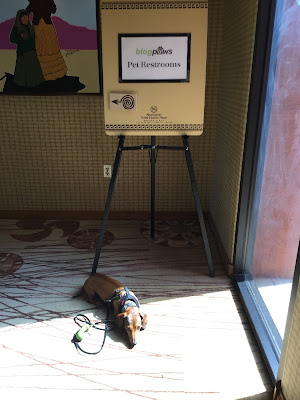 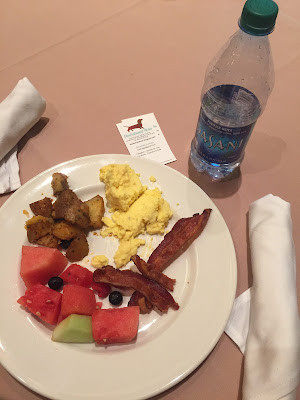 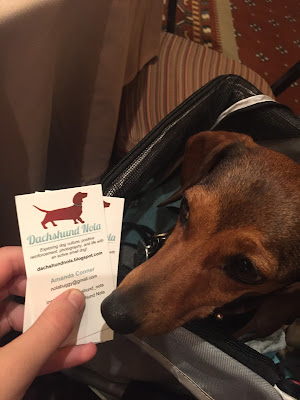 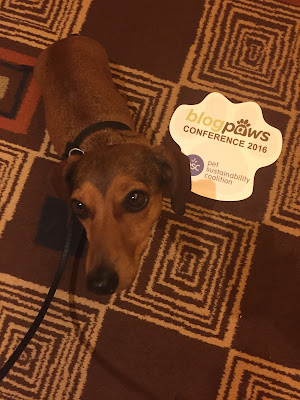 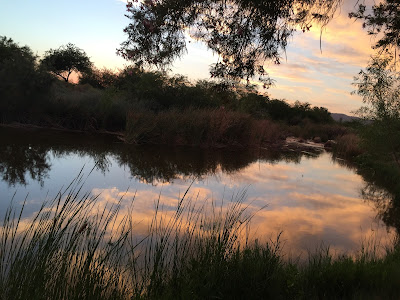 Posted by Dachshund Nola at 6:30 AM 6 comments: