This and That: Moving and Farms and Dreams, Oh My!


Since I'm damn near fresh out of post ideas at the moment (okay, so I have ideas; I'm just too lazy to write out anything structured right now), this is just a hodgepodge of thoughts and future plans, things like that. May be a bit ramble-y, and it's not too terribly dog related!

We'll be moving as soon as possible, hopefully within a year or so! Somewhere in the mountains, either north Georgia or North Carolina most likely. This is one of the reasons the Italy getaway I've talked a few times about has been put on hold. Adulting sucks sometimes.
I'm so ready to be out of Florida. It's a beautiful state and there's definitely some major benefits here (those blue skies and white beaches....), but the heat has become too much. It's just too hot to do anything outside from around mid-March or early April to late October. As someone who'd rather be outdoors than in, Florida no longer works for me. Where we are right now is also in a very poor, very uneducated part of the state, with nothing much to do and no market for what I would like to do. Everything is undervalued here, and a move will be amazing. I've lived in Florida for nearly my whole life, and I'm so excited for a change!

The past few months I've been seriously looking at what I want to do with my life, in a long term way. What will make me happy? What is something that fits me? What will allow me to be my own boss? I've toyed with more ideas than I can count, and I wasn't finding anything that I would be excited to do for the vast majority of the time. I was not - and am not - willing to settle for a longterm job I don't love. Luckily, I've found what I'm looking for.

That brings me to my next and most exciting thought today. When I move, I want to have a little farm. I want to produce most of what I eat, have a large chunk of my own land, breed and raise rare and/or heritage breed livestock, with the eventual goal of having that be my main "job" (I'll more than likely have side jobs as well). It will take a lot of time, money, and energy, but I'm excited for the challenge.
This occupation ticks all my boxes: lots of outdoor time, physically and mentally challenging, lots of variation, taps into my interest of genetics and breeding, ect. I can't wait!

I've been researching all different types of farming and animal husbandry, and have been narrowing down exactly what it is I want to be working with.
As I've said, I want to work with rare and/or heritage breeds. I think it is incredibly important to preserve these old, endangered breeds that are being passed over in favor of more commercially bred, less genetically diverse breeds and crossbreeds. The heritage breeds are living, breathing history, and that completely fascinates me. They were developed with such specific needs in mind, and watching the way they conform to those old standards is just incredible. Their health and hardiness is quite something, too.

I'd like to focus mostly on fiber animals such as sheep (Shetland, possibly), alpacas, and angora rabbits. I'm also looking at small dairy (Nigerian Dwarves) and meat (Fainting Goats) breeds of goats, as well as miniature cows (Gallowy or Scottish Highland), and chickens. Purebred, registered, quality multi-purpose animals is my goal.

I'm hoping to acquire some of these things this year; small animals that are quicker to mature and easier to transport such as chickens, rabbits and goats or sheep. Since the next few months are big months for sheep and goat births, hopefully I'll be able to have a few soon!

Well, that's kind of it for this little ramble! I hope that wasn't too terribly boring for you all. ;) 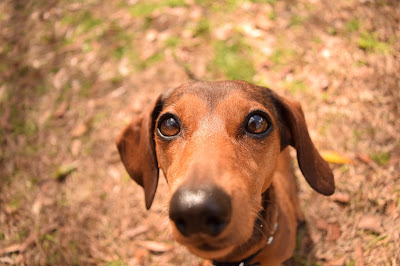