The 9 weeks with Roxie affected me more than I thought possible, in both good ways and bad. While I'm heartbroken this wasn't the right place for her, I am incredibly grateful to have saved her, helped her, and then placed her with someone who completely adores her. It's been one of the proudest moments I've had as a dog owner/lover, even with all the selfish sadness that goes along with it. She helped me realize what I like in a dog, what I don't like, what I'm willing to work on and what I can't and won't handle. I feel like a better dog person because of her.

I truly enjoyed have a medium/large (though everything looks large when you have 10lb dogs, haha), save for the DA/high prey drive. I've been wanting to add to the family for quite some time, and I thought Roxie could be it. As you all know, that wasn't meant to be. She had her own path, and it wasn't with me, sadly.

After much deliberation, I visited the local kill shelter. I had a strict criteria, and I wasn't willing to compromise on anything. My dog savvy mother, who knows me better than anyone, and exactly what I need in a dog, went with me to help assess the dogs there. We spent a good hour there, and it was absolutely worth it. I was lucky enough to find a dog that not only checked every single box on my list, but one that just...fits me. There was an instant sense of rightness, as trite as it sounds. It was similar to my first meeting with Nola, albeit much less intense (if you've had a heart dog, you probably know what I mean. They are one in a million).
With Roxie, there was always something: resource guarding, then high prey drive, then the beginnings of dog aggression. Something was always working against us. That's not the case here. 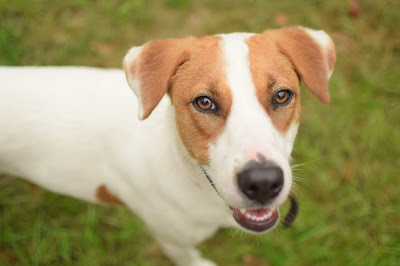 Everyone, this is Stella/Luna/Rule (still deciding on a name - though I'm leaning towards Rule -haha), the newest addition to the family. 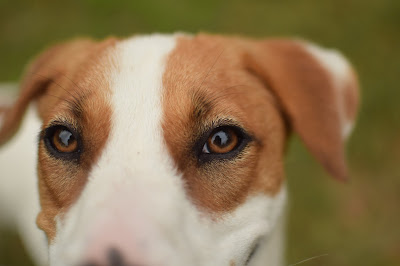 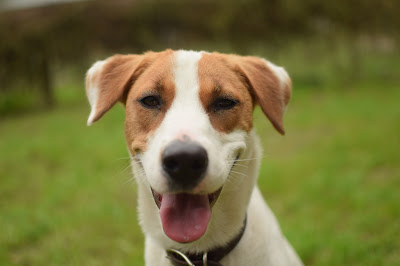 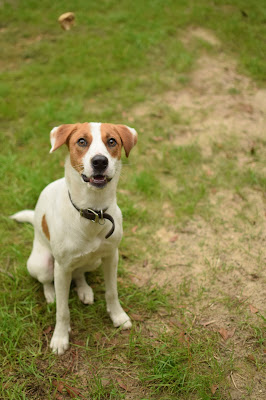 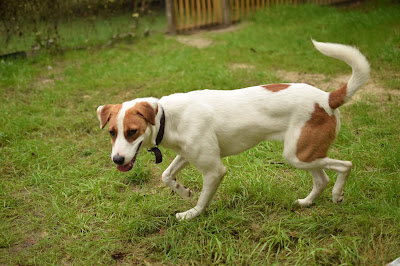 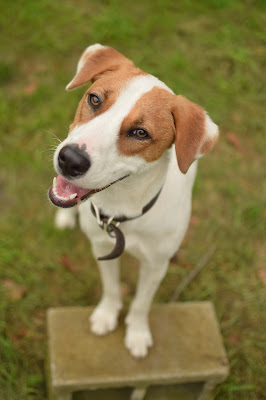 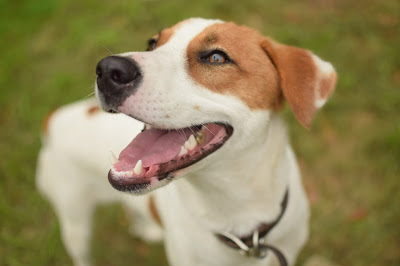 She is around a year old, 45-50lbs, and couldn't be a more perfect match to both me and the other dogs. She is very high energy, extremely friendly with both people and dogs, and has a low-medium prey drive that does not direct to other dogs or cats. She is eager to please (if a little head strong, which I love), intelligent, and adores all people, including kids. She is fantastic with other dogs of all ages, sexes and sizes; this is a dog I would be okay with taking to a dog park, and that is truly saying something.
She was adopted out, then returned to the shelter when the older woman whom adopted her decided she was too high energy for her. She's the perfect energy level for me! I took up running this summer, and that's been something this girl freaking loves.

I'm not sure what breed mix she is, though I keep thinking a smooth border collie mix of some kind. She's very lean, narrow build, incredibly smart and active, and displays some herder tendencies in her play, and general behavior.
She has a short, thick double coat, long legs, and a busy tail. Her tail was either broken at some point and never healed right, or she was born with a serious kink in the middle of it. Is "Kinky Bitch" too inappropriate for a dog tag?

She came house trained, crate trained, and knowing sit. Since arriving, she's learned a handful of cues and is working on more. She's an incredible dog. So far she knows: touch, go to your crate, with me (sort of a loose heel), up, off, and she's got a decent recall already. Her favorite game, by far and away, is learning to hold and retrieve objects.

She came with a few problems, like serious leash pulling and separation anxiety, but that's been almost totally fixed. She's now walking quite well on lead 90% of the time! Her separation anxiety has greatly lessened, too. She's scared of nail trimming, but we're working on desensitizing and counter conditioning that.
She has floppy dew claws on that back that will have to be removed. I'm completely for front dew claws, but these back ones are just attached with skin (unlike the normal bone in the front), and pose a serious risk of tearing.

She's been here about two weeks now, and it's like she always been here. The other dogs instantly accepted her, and she them. It's been so peaceful and easy. Even Nola has been relatively snark free, save for her customary "laying down the law". They've even slept together on the bed and couch, and sat in my lap together. This is unheard of for the She-Devil, LOL! Rule is very respectful of Nola's position in the group, and reads her body language well. They enjoy training together!
This has been an amazing outcome, with two dogs saved and in loving homes. Roxie got a second chance, and I got an amazing match in Stella/Luna/Rule. I couldn't be happier, and I love how perfect the group dynamic is now.

It goes without saying that mean comments aren't necessary, but I'm saying it anyway: don't be a douche. It's so easy to sit behind a computer and judge someone, when you don't know them, and don't see what goes on in their life. Keep rude opinions to yourself.

There will be a Dachshund Nola Debates (haven't done one in ages!) post on rehoming and the number of dogs a person owns in the next two weeks, and I'll touch on my thoughts with that in the post. Keep an eye out for it!