Thank you all for your comments, Facebook messages, insights and opinions on yesterday's post. Most of you truly helped put things into perspective for me, and helped me break it down into manageable parts to decide on. I've come to a decision about Roxie, after weighing all possible options, and considering both short and long term effects for everyone involved.

Before I get to that though, I want to clear up some apparent confusion on yesterday's post. It seems that some people though Roxie's pit bull heritage was what I was "blaming" her behavior on, and basing my decision on.
That is not what I meant.
I know that prey drive is not an exclusive pit bull trait, of course. Any dog can have it, though there are obviously breeds more prone to it. However, dog aggression is one of the defining traits of pit bulls. Any educated, responsible bull breed owner or fancier will tell you that. And having that predisposition in addition to her already high prey drive is why I am factoring her breed into my decision. She is only 9-10 months old, and more often than not, pits and other bull breeds grow less and less dog tolerant with age. Since Roxie is so young and already showing both the off the charts prey drive and what I'm suspecting are the first signs of dog aggression, this is why her breed/mix is such a big factor. Had I known that was part of her mix, I would have never intended to keep her.

It's not her size that worries me, either. I'm not one of those small dog owners that are terrified to let my dogs play with larger ones. I'm careful, of course, but I don't put them in bubbles. They've played with everything from pugs to Mastiffs. So, it's not the size of the dog but the intent of the dog.

I have a multi dog household. I'm willing to put up with a lot of things from my dogs (*cough* Pike, I'm looking at you, you dick *cough*), but dog selectiveness or dog aggression is not one of them. The only disservice in this situation would be to my own dogs if I blatantly wrote off my concerns.

It'd be a bit like expecting my dachshunds not to dig, or to ignore the chickens if they were to leave their coop. Sure, you may get the odd dog that's fine with the hens or isn't a huge digger (like Nola), but the odds aren't in your favor if those things are deal breakers to you. 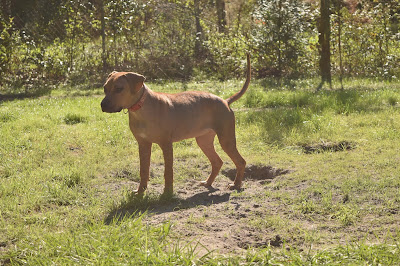 Now that that's cleared up, on to the decision.


Roxie will be rehomed. After thinking about it, speaking with several people who've dealt with similar situations (thank you, So Fly!), realistically deciding what I'm able to do and what I'm willing to do, as well as having a few of you state it so clearly it cut through all my confusion, it's the best decision for everyone involved.
Taryn from A Tail of Two Cardis said it best for me, pointing out that Roxie is fine with Nola...until she's not, and reminding me that I absolutely cannot handle having my heart dog in that situation. That's really everything I could possibly say about the situation.


Even with extensive training, I can't eliminate her nature. I will never trust her around my dogs now, even if training could reduce or eliminate her reactions. I think of myself as a fairly competent trainer, but I don't trust myself to handle something of this magnitude. The behavior could quickly become fatal, and I don't want my inexperienced handling of the matter to be the thread holding that back.

Even with strict management and crating and rotating, I'm human. It would only take one time for a lapse in judgement to have devastating consequences.
Even if there was never a single slip, I don't think that a life filled with the fear and stress of management is fair to my dogs, Roxie, or me. My dogs are all young. Nola just turned 5, Pike is nearly 2 (when did that happen?!), and Olivia is almost 18 months. Roxie is around 10 months. That's a good 10-15 years of that life. I don't want that for any of us.

I'm in over my head with this situation, and I need to bow out. I have to keep my dogs safe. They are my priority above all else, and their best interest trumps my own wants. I have to listen to my gut with this one, since I know the situation best. Thank you for all your help. Truly, you all can't image how much your words, thoughts and suggestions have helped me.


I've inquired to a bull breed savvy family friend about adopting Roxie, and if that doesn't pan out, I'll be leaning towards a bull breed specific rescue, or a private rehome on my own. I'm not sure yet which - need to research more. Until I find the perfect solution, we're doing strict separation between the dogs. Roxie is continuing to learn skills she needs for a house, and I'll continue to care for her until she finds her forever home. 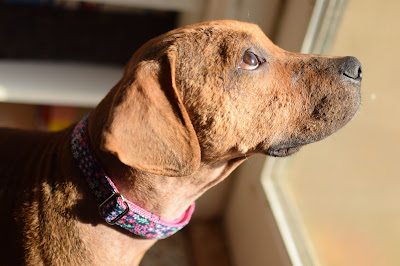 Please be kind in the comments. It may not be what you would have done, or what you think I should do. However, it's the best solution for my own dogs, and that's what matters.